Alcaraz stumbles in first match as No. 1 player 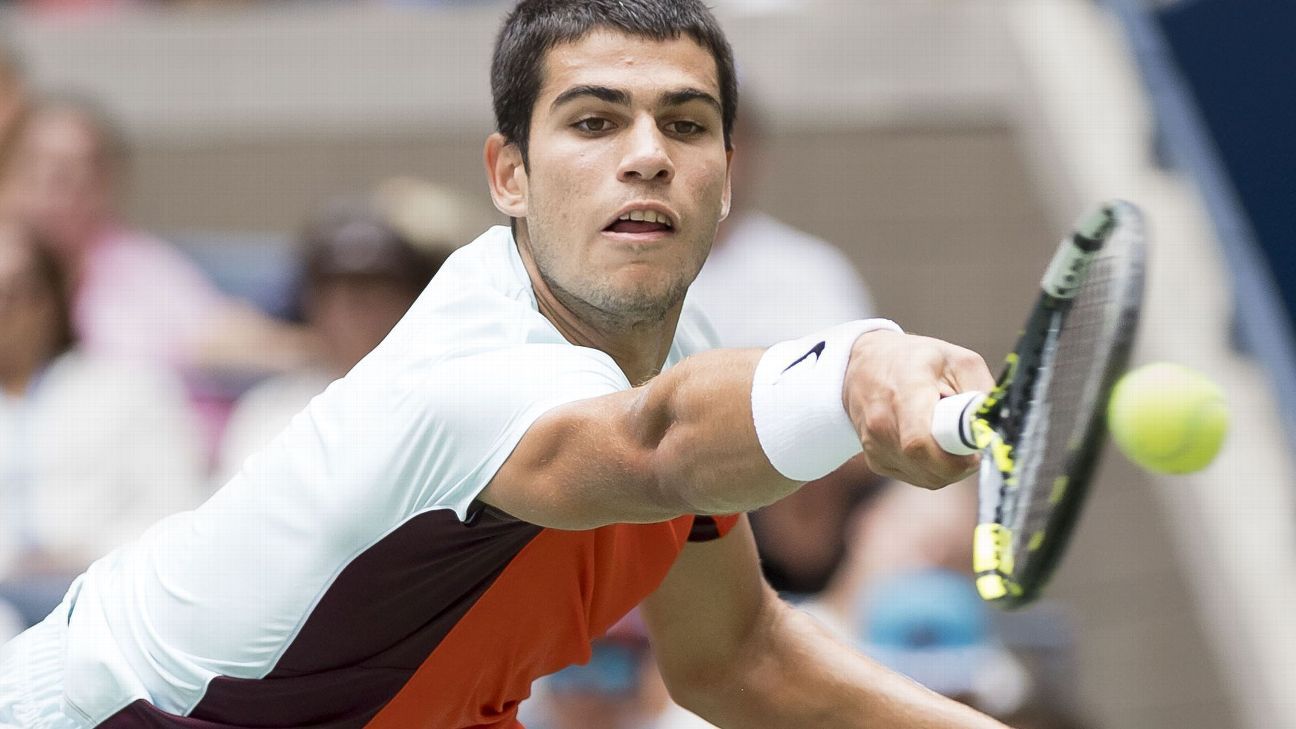 ASTANA, Kazakhstan -- 's first match as the No. 1-ranked player ended with a straight-sets loss to at the Astana Open on Tuesday.

"David was playing really, really well. To come back to competition is never easy," Alcaraz said. "It's really tough for me, for my confidence."

Alcaraz came from 5-2 down to level the first set at 5-5, only to be broken again by his Belgian opponent.

"When you play against the World No. 1 on a big stage, big crowd, the fire inside gives you so much power to play your best tennis because you don't have any choice," Goffin said. "You have to fight and give your best and that was the case today."

Second-seeded and No. 3-seeded both avoided similar upsets. Medvedev beat of Spain 6-3, 6-1 and Tsitsipas ousted Kazakhstan's 6-3. 6-4.

Australia's balance rests on bowling fitness of Marsh and Stoinis

Williams sisters open vs. Czech pair at US Open

Murray into US Open R2 with straight-sets win

Nadal's 'long wait' over, returns to Open with win

Players might struggle with fitness upon return: Sohail Tanvir

Player compensation on the ATP Tour and the lower-level ATP Challenger Tour will...

Foakes - 'Extremely tough pitch, we've got to apply ourselves'

"If the ball is moving around 140-145 clicks that has to be more challenging than...

The left-arm spinner, who has recovered from a shin injury and a bout of Covid-19,...

From Liverpool hitting 9 at Anfield, to Robert Lewandowski bagging another Barca...