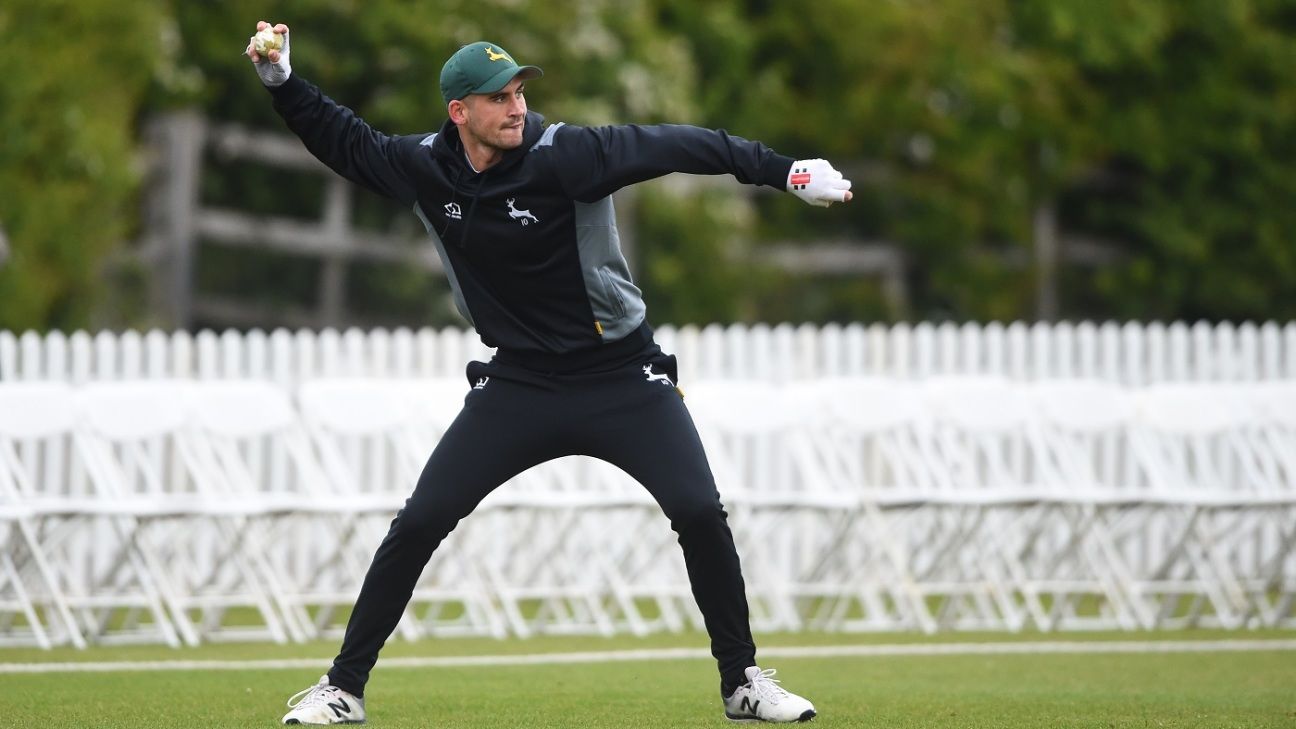 Trevor Bayliss hopes ' punishment will "send a message" to every other player in England about the consequences of unprofessional behaviour.

Hales was dropped from England's World Cup plans last week after it emerged he had failed a second drugs test. While the drug concerned was recreational and the ECB insists Hales was , Bayliss believes that other players witnessing the episode will have been left in no doubt as to the standards expected of them in the future.

But there is also a wider context. The sport is currently trying to reach out to a new, mass market, family audience yet has found itself hamstrung by unsavoury stories involving players in the media. After the Bristol incident which saw Ben Stokes tried, and cleared, on the charge of affray, the squad had, according to Bayliss, made efforts to improve the "culture" around the team. But news of Hales' drugs test failure put them back in the spotlight for all the wrong reasons and led Bayliss insisting "those days are over".

"Hopefully county cricketers learn from it: there's not going to be any future for you if you go down that track. It is a message to everyone else out there that those days are over.

"You can still go out and have a few beers and enjoy yourselves, but it's about making the right decisions and choices. It's part of being a young sportsman these days, there is that extra exposure, and you have to be that bit more diligent that you do make those right decisions."

While Bayliss confirmed he was right behind the decision to drop Hales - and suggested the squad had quickly moved on without him - he insisted a recall was possible if the player could demonstrate he was capable of "making the right choices".

"Unfortunately, Alex made some wrong choices and the end result is that he's been deselected," Bayliss said. "I think it was the right decision. I never had the chance to get near a World Cup as a player and I can't imagine throwing it away.

"I spoke to Eoin Morgan before that meeting with the senior players [that recommended dropping Hales]. He said he would take that to the players and see what their response was. I think we were all on the same page. There were some mistakes made 18 months ago, but in the last 18 months this group of players have all worked extremely hard on their culture and unity.

"There hasn't been any talk about it at all amongst the group of players. Things have carried on as per normal. Everything has just moved on very smoothly. We've played two games and I haven't heard a whisper about it. Everyone has moved on and we've got James Vince in the team at the moment who I suppose is a similar type of player. Everyone has moved on.

"But Alex can certainly make a comeback. There's no roadblocks there. He's obviously been an important part of this team over the last half-a-dozen years or so, and there's no reason why he can't learn to make the right choices in future and make it back into this team. It's certainly been relayed to him that his career is not over, but it is up to him."

Australia offspinner signs for Championship campaign at the Ageas Bowl

ES Tunis hammer six to end on a high

The next level of eFootball - FIFA introduces the FIFA...

Bangladesh were in the hunt for a series win at 110 for 2, but were bowled out for...

Tennis: India is sending a squad without their key players

âYeah, a lot of things are working, obviously. I think I have been just improving...