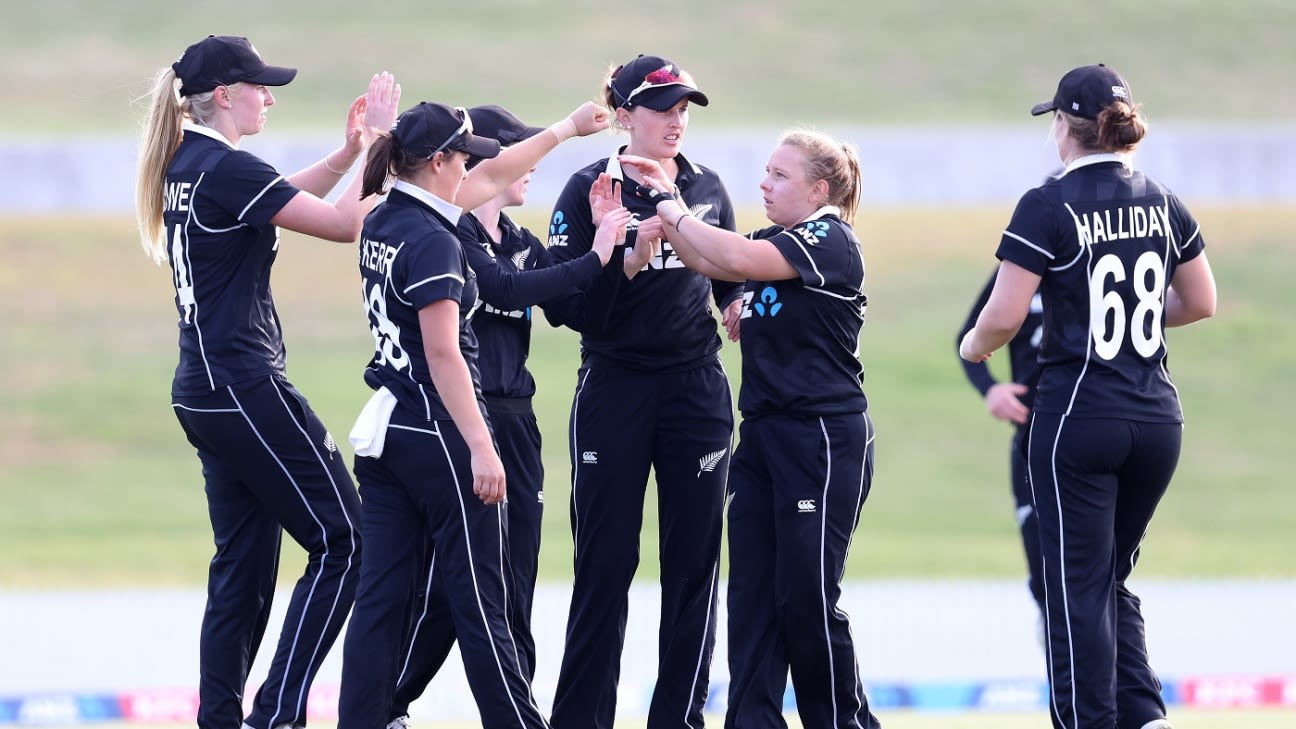 What do you do when you've just broken a world record for the most consecutive wins in your sport?

If you're Meg Lanning's irrepressible Australians, you celebrate your 22nd consecutive win momentarily, take a sightseeing hike up Mount Maunganui on your rest day, then promptly go back out again and win No. 23 to claim another trophy - Australia's ninth consecutive Rose Bowl victory over New Zealand, keeping possession of the Trans-Tasman silverware for a 22nd year.

Despite the most aggressive of starts from Alyssa Healy in a scene-setting stand with , this was not Australia's best or most complete performance. Nevertheless, it provided another reminder of how the team's depth makes them such dastardly opponents: New Zealand, though enjoying numerous fruitful passages, were never able to reach a point of critical mass.

Defending a tally of 271 rather than the 300 or so they had appeared likely to make when Healy, Haynes and Lanning were all scoring fluently, the tourists were able to find plenty of assistance in the evening air at the Bay Oval.

Initially, it was Tayla Vlaeminck and Megan Schutt swinging the new ball with plenty of venom, then , Georgia Wareham and Ash Gardner extracted plenty of turn from the surface with which to stifle any threatening New Zealand partnership.

Haynes' innings was the platform off which Healy was able to launch early on, clouting three boundaries in her first four balls and spoiling to add to that trio for virtually every ball thereafter. While Healy's timing and placement were not always pristine, her intention to dominate was typical of the way in which Lanning's team have assumed such a prime position in the game.

Lanning's own innings was a high-quality cameo, and when she was dismissed at 180 for 2 in the 34th over, it appeared difficult to see New Zealand conceding anything less than another 100 runs. That they were able to corral the remainder of the innings, as much as Gardner, Ellyse Perry, Beth Mooney and Nicola Carey tried to clear the boundary, was down to an excellent spell from the offspinner - stepping, for once, out of the considerable shadow of Amelia Kerr.

Gaining just enough spin while maintaining a disciplined length, Kasperek was ultimately able to pluck 6 for 46 - in fact, no bowler had in a 50-over match, an achievement Kasperek will rightly be able to cherish for years to come.

Nevertheless, 272 was still a hard target under lights, something the Australians were quick to exploit in their first floodlit ODI since 2019. Vlaeminck in particular made life difficult for the home side's top order, delivering her outswingers at considerable pace and ensuring New Zealand, after the early losses of Lauren Down and the captain Amy Satterthwaite, needed to think as much of survival as scoring.

Kerr and Hayley Jensen were able to take the scoreboard as far as 76 at reasonable pace, and after the opener picked out long-off from the bowling of Wareham, they were still well placed at 120 for 3 just beyond the halfway point. At that point Kerr chose the wrong Jonassen ball to charge and failed to get to the pitch, leaving the spin to create a slice and a catch to backward point.

From there New Zealand were subjected to the now familiar squeeze imposed by Lanning and her bowlers, pushing the required rate up and up until errors started to be made. Wareham and the shrewd Jonassen were the primary beneficiaries in terms of wickets, but all the Australians played their part whether with the ball or in the field.

None summed this up better than Perry, who saved a six struck by Maddy Green when she dived backwards to catch the ball right on the rope and then threw it back off-balance while remaining, in the third umpire's judgment, millimeters inside the boundary.

It's the sort of desperation, even in times of relative comfort, that has kept Australia at the top of the pile. Unless something drastic takes place, it should keep them there for quite some time yet.

Eminent commentator Michael Atherton will be seen in ongoing...