Batting in spotlight as Australia plot resurrection of their own 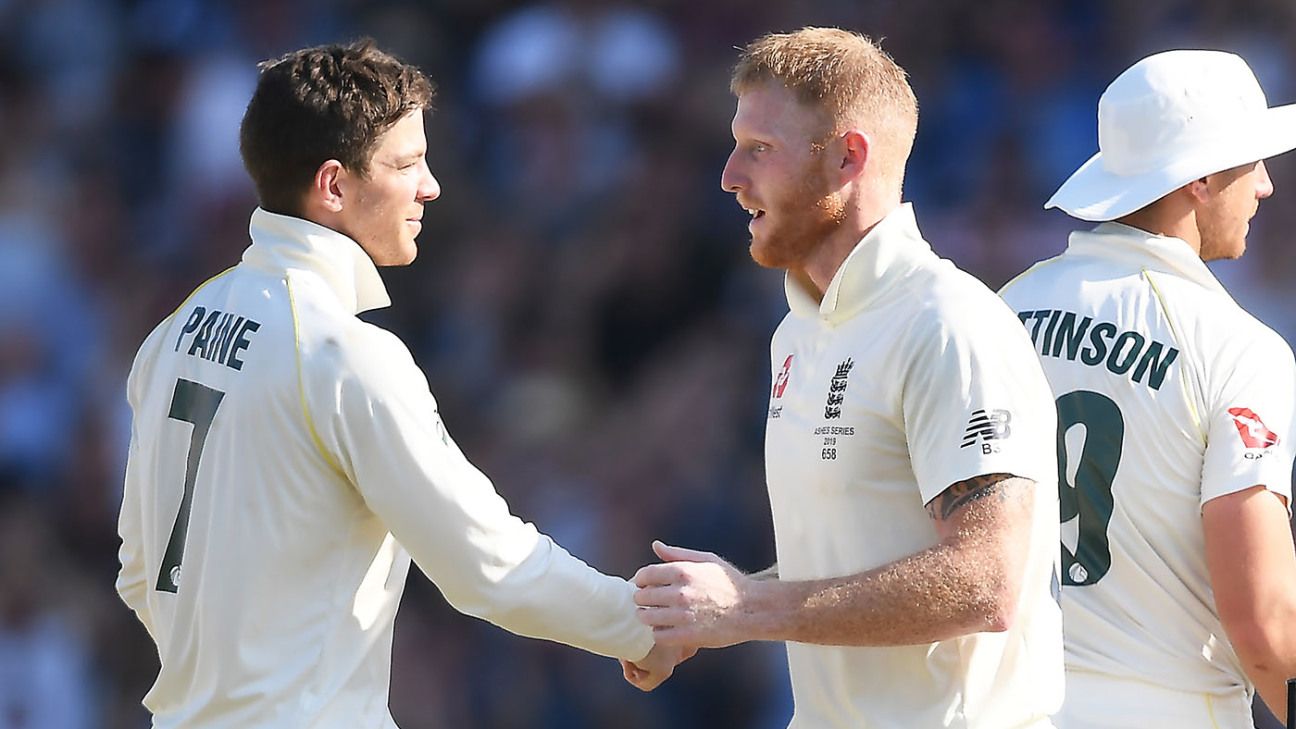 After the grief, comes the post-mortem. Australia's contrivance to lose the Headingley Test and an Ashes-sealing series lead was the source of enormous pain for the tourists, not least the coach . He had watched, as impassively as he could, from the sidelines as months if not years of carefully laid plans were torn up by a combination of Ben Stokes and Australian folly.

"We're all feeling it. My gosh," Langer said. "You have no idea how much that hurts, losing today. You have no idea. So we're feeling it but leaders - whether you're the captain, coach or senior player - you have to get up. You've got to - we'll be disappointed for a day or night. We probably won't talk much for a day or a night or so. Then when we get back into it tomorrow, we'll review it like we do every game. We'll review it together and make sure we get it better next time."

So in the minutes, hours and days to come before the fourth Test of the series at Old Trafford, Langer will look not only at the collective loss of composure that allowed Stokes to take control, but also the performances or lack thereof that allowed England to be chasing 359 in the first place. Chief among these is the fact that Australia's batting returns in this series have not been those worthy of a team securing a 2-0 Ashes series lead.

Only Steven Smith and his substitute are scoring their runs at an average of better than 40. Only Travis Head, barely, has joined them in averaging better than 30. , Headingley first innings aside, has struggled mightily; has fared little better; made near enough to all his runs in one dig, the second-innings century at Edgbaston; 's captaincy is facing pressure on the basis of his decision-making at the end of the Headingley Test, compounding questions already writ large across his batting.

"There's actually going to be some big questions," Langer said. "One thing I do know is we're not batting well enough at the moment. I said at the start of the series that the team that bats best will win the Ashes. We're certainly not at our best with our batting at the moment. We've got some real questions to ask for the practice game then the fourth Test match.

"I think there's a number of guys who will be looking to play well. Not just Uzzy. Uzzy's played a lot of cricket, he averages over 40 in Test Match cricket. He got a Test hundred seven innings ago I reckon. We know he's a very good player and he, like the rest of them, will be working hard to be ready for the fourth Test.

"We can't fit them all in. That's one issue we've got. We've also got to work out after a long summer, we're going to have to rest some players. Just to give them a mental freshen-up more than anything. The other thing, we've got two back-to-back Test matches to win or lose the Ashes. And we've talked from day one that we're going to have to give guys chance to freshen up - they've been here for Australia A or the World Cup. And sometimes the mental break is as important as anything."

"It's 1-1 in this series, we have been so close - one more wicket and we are 2-0 up and feeling pretty good about ourselves. But that's sport. We'll pick ourselves up" Justin Langer

The major permutation will be how to make room for Smith's return from concussion while retaining Labuschagne. A possible solution will be to move Khawaja up to open with Warner, placing Labuschagne at No. 3 and Smith at No. 4 ahead of Head and Wade. But that would force the dropping of Marcus Harris after only one match, since he himself was recalled at the expense of Cameron Bancroft, who had demonstrated more than enough technical flaws for England to exploit in the first two Tests.

At the same time, Langer and the rest of the support staff need to lend a supportive ear to players who will be having nightmares about Leeds for a long time to come. "It was an unbelievable game of cricket," Langer said. "Everyone remembers the '81 Botham game. I hate to say it, but for the game of cricket, that was an unbelievable game. Ben Stokes, that was extraordinary. We are obviously very, very disappointed up in the change rooms. But we have to shake ourselves up and get ready for the next one.

"We had our chances, we had three or four. He played like a man with nothing to lose, and you'll never see a better innings than that. At lunch we knew it was game on. I thought the first hour today was as good Test match bowling as you will ever see. Then when the new ball came, which probably surprised a few people, we maybe tried a little bit too hard, bowled a little bit too short. Then we pulled it back after lunch, and they had lost 5-30 at one point. But we just couldn't finish it off, and we'll have to get better at that."

There is, at least, some consolation in the fact that the bowling unit is functioning well, the Stokes episode apart. might easily have taken the match award for an Australian victory, with nine wickets across a succession of high-quality spells. ' fitness is holding up, so too 's, while Peter Siddle and Mitchell Starc wait in the wings. For the marathon of a five-Test series, Australia should have the cattle to go the distance, provided they do not let their minds cloud over into negativity.

"We've been on the right side of a lot of wins too. We haven't been on the right side of winning overseas for a while now," Langer said. "That's why games like this are so important for us. What can we take from it - we fought so hard. We bowled them out for 67. It was brilliant. We bowled fantastically well yesterday - as good a Test match bowling as you'll ever see. We'll win a lot more games than we lose if we bat well - and with the bowling depth we got. Unfortunately it didn't happen today.

"We've got 10 days, we've got a game in Derbyshire to play, we have plenty to play for. It's 1-1 in this series, we have been so close, I mean one more wicket and we are 2-0 up and feeling pretty good about ourselves. But that's sport. We'll pick ourselves up."

Quetta crash out of HBL PSL 5 despite win over Karachi

HBL PSL 5: Gladiators, Sultans match called off due to...

The nine Host Cities of the FIFA Women’s World Cup France 2019™ are all set to mark...

Ahead of Pakistan's first ODI since their World Cup exit, Sarfaraz Ahmed said the...

Sania Mirza to partner with Nadiia Kichenok for Australian...