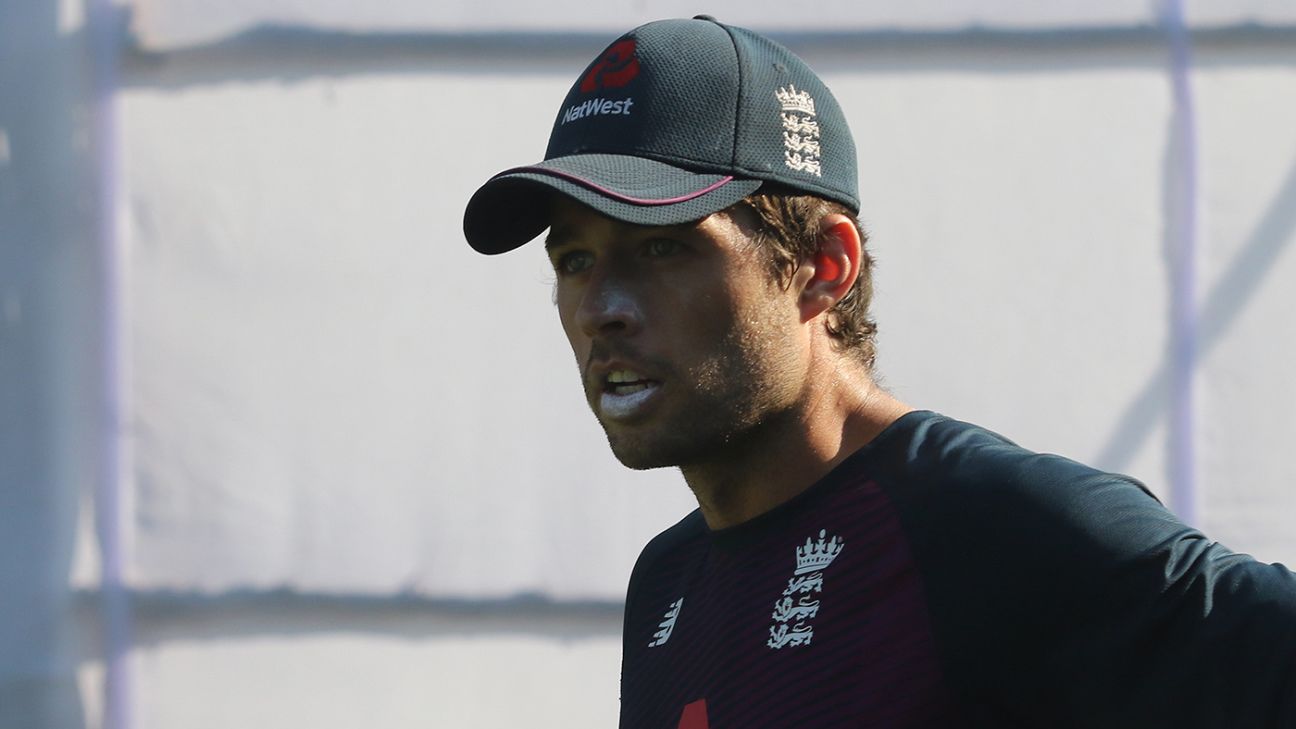 Visitors must find a way to draw series on most challenging of pitches, keeper says

Expecting more of the testing conditions they faced in their hefty defeat inside two days in Ahmedabad, says England will be better equipped to level the series against India in the final match, starting at the same ground on Thursday.

Foakes was among a handful of players in the touring squad who trained at the Narendra Modi Stadium in on Sunday, the day the third Test was due to finish had England not been defeated by 10 wickets three days earlier. After the training session, Foakes said the Motera surface would be less of a mystery second time round and it was up to his team to work out how to fare better in conditions he described as the toughest he'd played in.

"I was at training today and from the look of it I think it'll be pretty similar," Foakes said via Zoom. "I don't think we're concerned. We know what we're going to get and I guess they're pushing their conditions to the extremities. We know it's going to spin considerably from ball one so it's about trying to find a way to play well in those conditions and understand they're going to be challenging."

The state of the pitch was the subject of much conjecture and the skiddiness of the pink ball was deemed to be a factor in a match described by Virat Kohli, the India captain, as "bizarre" after England were routed by ten wickets. The visitors collapsed to scores of 112 and 81 in their two innings, while India scarcely fared any better in their first innings, with Joe Root claiming 5 for 8 with his part-time offbreaks as batsmen found survival tough.

But Foakes admitted - as his captain, Root, did immediately after the match - that England were "thoroughly outplayed". And, while the final match will feature a return to the red ball and daytime play, Foakes said the solution for England was relatively simple as they set out to level the series 2-2.

"Firstly not getting too down our ourselves after the last couple of innings," he said. "Trying to keep a positive, clear mindset because when you're struggling your judgement can get clouded and things can go badly. It's about trying to keep a clear mind, stick to the gameplans and be slightly more positive at times if the situation dictates, but trying to come up with a gameplan that potentially works on that surface now we've had experience of what it was like in the last game.

"We're still in a position to draw in India... we are in with a chance of a pretty awesome achievement if we win this last one. It's going to be difficult knowing the kind of surface we're going to play on but we have just got to be better than we were in the last game."

From batting and wicketkeeping perspectives, Foakes has been in the thick of England's battle since he arrived to replace the resting starting with the second Test at Chennai.

There, he acquitted himself particularly well as spin also played a big part in the match, albeit on a more traditional sub-continental pitch. His unbeaten 42 was England's highest score in their first innings and he completed three stumpings, took two catches and was involved in a run out before they succumbed to a 317-run defeat. In the third Test, meanwhile, 20 of the 30 dismissals were either lbw or bowled.

"From playing on the last two pitches I've never seen turn like that," he said. "They almost feel like day-five pitches from ball one and it's understanding we are going to get out at times and it's making peace with a certain way of getting out if it means we can score runs.

"The last two games have been the hardest pitches I've kept on. They've been challenging and the last game, I think it was to do with the pink ball, the amount it was skidding on or spun, I'd probably never experienced a wicket like that before. So it was a good challenge to keep on and I guess it was one I enjoyed.

"Any time it's done as much as it has been you're always in the game. It's just about trying to do as solid a job as possible and trying to impact the game by stealing a wicket or a stumping - that's my goal."

But Foakes was also resigned to making way for Buttler once more when his rest period is over.

"The way I've mentally approached the games is it's three more opportunities to play for England and I'll try and do as well as I can," Foakes said. "I'm purely looking at how I can do well in the next game rather than the bigger picture."

Valkerie Baynes is a general editor at ESPNcricinfo

England back opening combo of Tammy Beaumont and Danni Wyatt

Pakistan Super League 2021 to allow spectators up to 20