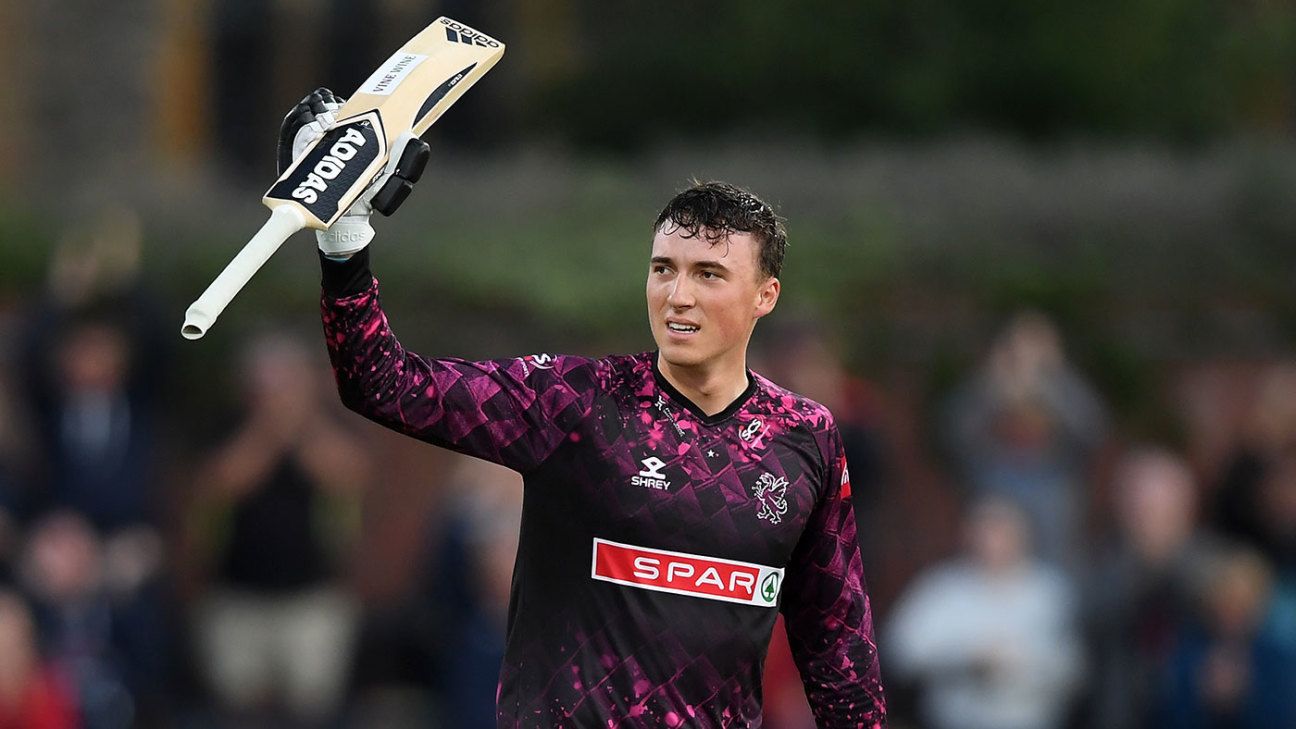 The explosive right-hander, who has been recently called up to England's T20I squad for the tour of New Zealand, becomes the fourth overseas signing for the Heat behind and Afghanistan spin duo and .

Under BBL rules only two overseas players can play in any team at one time but additional replacements are allowed to be named.

Brisbane Heat will split their four overseas players across two halves of the tournament. With de Villiers set to for Christmas, Banton is likely to play the first eight games before he is likely to be needed for England's white-ball tour of South Africa in February. Zahir Khan will also play the first half of the tournament with Banton before de Villiers and Mujeeb Ur Rahman replace the pair for the second half.

If the Heat make it that far, de Villiers and Mujeeb will also play in the finals.

Banton, 20, was the second leading run-scorer in this season's T20 Blast in England, tallying 549 runs at a staggering strike-rate of 161.47. He made four half-centuries and a blistering 51-ball century against Kent.

He has experience playing club cricket in Australia in Perth and has played alongside Heat batsman for Somerset.

Banton's recruitment is another coup for Heat general manager Andrew McShea and new coach . The latter spent part of the winter in the UK and said Banton's form was irresistible.

"He was the talk of English cricket during their season,'' Lehmann said. "Outside the Ashes, Tom was the player that a lot of people were really excited to be watching, and with good reason.

"He's a lovely striker of the ball and has that wide and varied range of shots you need to make the most of the early overs in the Power Play or to accelerate the scoring through the middle and back half of an innings.

"The prospect of pairing him alongside some of our young batsmen like Max Bryant, his mate Matt Renshaw, and Sam Heazlett is pretty enticing, that's for sure. But we know Tom will also benefit from playing and being around the likes of Chris Lynn, Joe Burns, Ben Cutting, and Marnus Labuschagne as he takes steps to expand his skills and experience in Australian conditions.

"He's joining us for the first half of the tournament but we're hopeful he will have some time to catch-up with AB de Villiers at some point as that would be a great opportunity as part of his experience with the Heat."

Banton was thrilled with the opportunity to play in the BBL.

"If you had asked me at the start of the summer would I imagine it going like this, I would have probably had a laugh and suggested you weren't serious,'' Banton said. "I was blown away when it was announced last week that AB was coming to join the Heat so what was already going to be a huge experience just got bigger.

"I'm really looking forward to coming to Brisbane and seeing what Queensland has to offer after previously playing club cricket in Perth when I was younger. I've watched a fair bit of the BBL at home and it is a quality competition with so many outstanding players. I can't wait, to be honest."

The news comes just a day after the Melbourne Stars announced they had signed South Africa fast bowler Dale Steyn for a at the start of the tournament.

In an interview to El Universo the former tennis player Nicolas Massu explained...

Tennis: Johnson hopes adding a familiar place to his team will help him rediscover...

Somerset force Essex to fight for draw to seal title on...

Jack Leach, Roelof van der Merwe give hosts a glimpse of a miracle before Sir Alastair...

Brisbane Heat have completed their squad for the new season by signing New Zealander...

Portugal on top of the world, Italy and Russia claim silver...