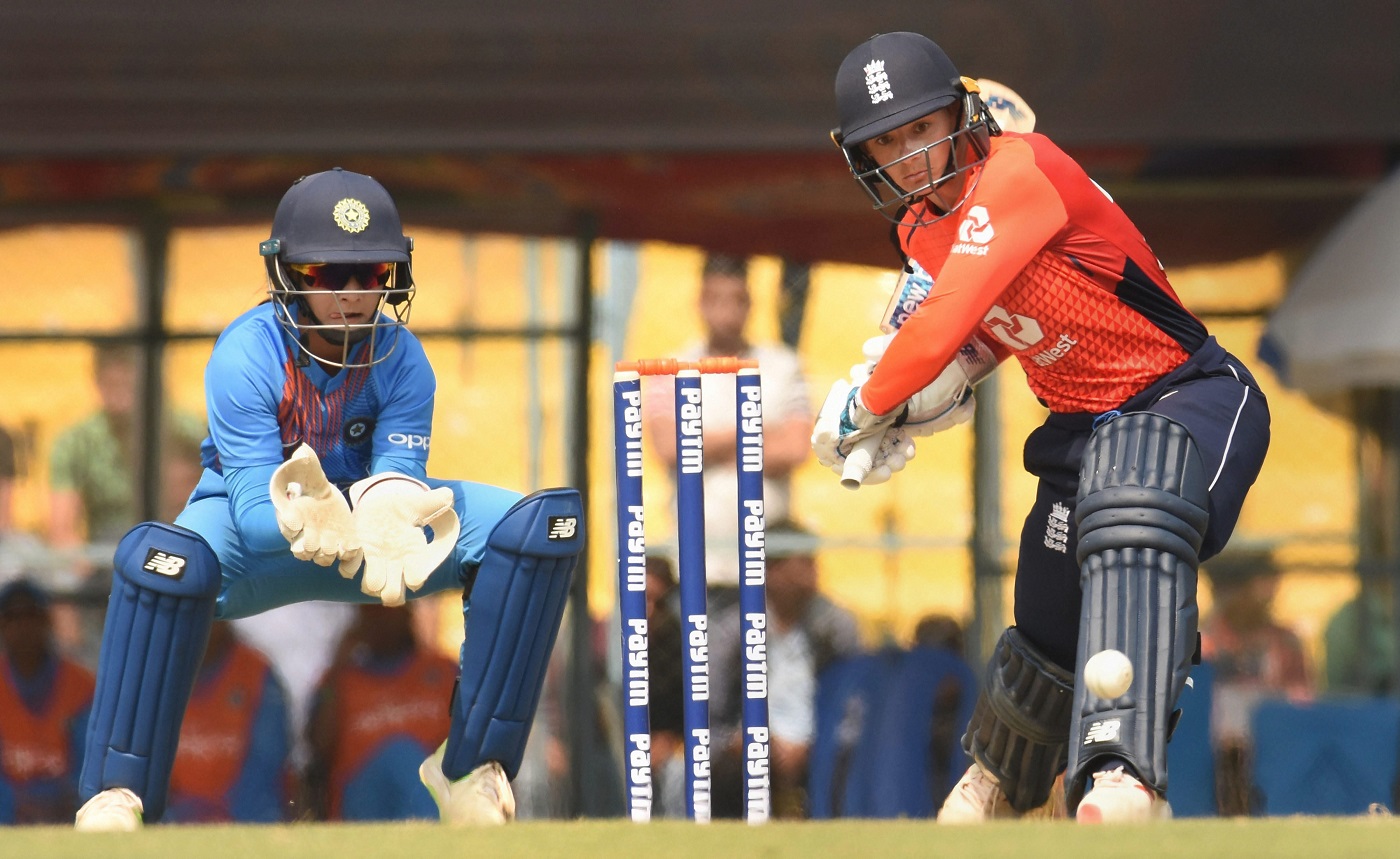 India needed a big effort, especially with the bat, to level the three-match T20I series against England, after losing the first game comprehensively.

It didn't quite materialise, as they only put up 111 for 8 in the face of a strong bowling performance led by , before going down by five wickets with five balls to spare as struck an unbeaten half-century.

Asked to bat, India started strongly with hitting Anya Shrubsole for two sixes in the second over, while Harleen Deol played her part too. But Mandhana fell in the third, with the team total on 24, and in no time, India were 34 for 3.

ALSO READ: Anger, guts and glory - a day in the life of Katherine Brunt

Though Deepti Sharma and tried to rebuild, the paltry total India eventually put up was unlikely to test the English much, and it didn't, though the Indian spinners did their best to make a match of it.

Wyatt dominated a 28-run opening-wicket stand with Tammy Beaumont, and remained in control even as Beaumont's dismissal to Radha Yadav in the fifth over triggered a slide. From 28 for no loss, they were 56 for 4 in under six overs, raising hopes of a come-from-behind win for Mandhana's team.

But Wyatt was on song, and in , she had the perfect ally to chip away at the small target.

Earlier, Mandhana's twin sixes had raised hopes of a big Indian total after they managed only 119 for 6 to in the first game. But once Mandhana fell, caught behind off Brunt, India fell apart as Brunt accounted for Jemimah Rodrigues too, and Linsey Smith took out Deol.

There was a fightback, a 35-run fourth-wicket stand between Raj and Deepti, and after they fell for 20 and 18 respectively, debutant Bharati Fulmali chipped in with a 20-ball 18. But with Brunt returning 3 for 17 and Smith 2 for 11 in a clinical England bowling performance, the odds were very much in England's favour at the halfway mark.

There was a period during England's chase, when Radha, Poonam Yadav and picked up four wickets without giving too much away, but Wyatt was supreme, coming good on of performing as often as possible for England. She ended unbeaten on a 55-ball 64, exploding at the top, adopting a more cautious approach when the wickets fell, and then pacing her innings well when she paired up with Winfield.

Winfield was impressive too, hitting four fours to Wyatt's six in her 23-ball 29 before falling to Deepti with the target just nine runs away. Wyatt finished it off without any fuss.

Matthew Cross hits fifty as Scotland sign off with a win

Travis Head or Marcus Stoinis - who will your captain be?

With a lethal pace attack and enough firepower in batting, New Zealand have everything...

Mohammad Kaif feels teams have been using substitute fielders to hide their slower...

Messi: It's the team that counts

Guy Forget: 'Rafael Nadal? At least he came to Paris. He...

Tennis - Rafa had to dig deep on Friday to oust Belgium and keep Spain on the title...

Rafael Nadal does not give you a point, says Bellucci

In an interview to Punto de Break, Thomaz Bellucci recalled when he faced Rafael...