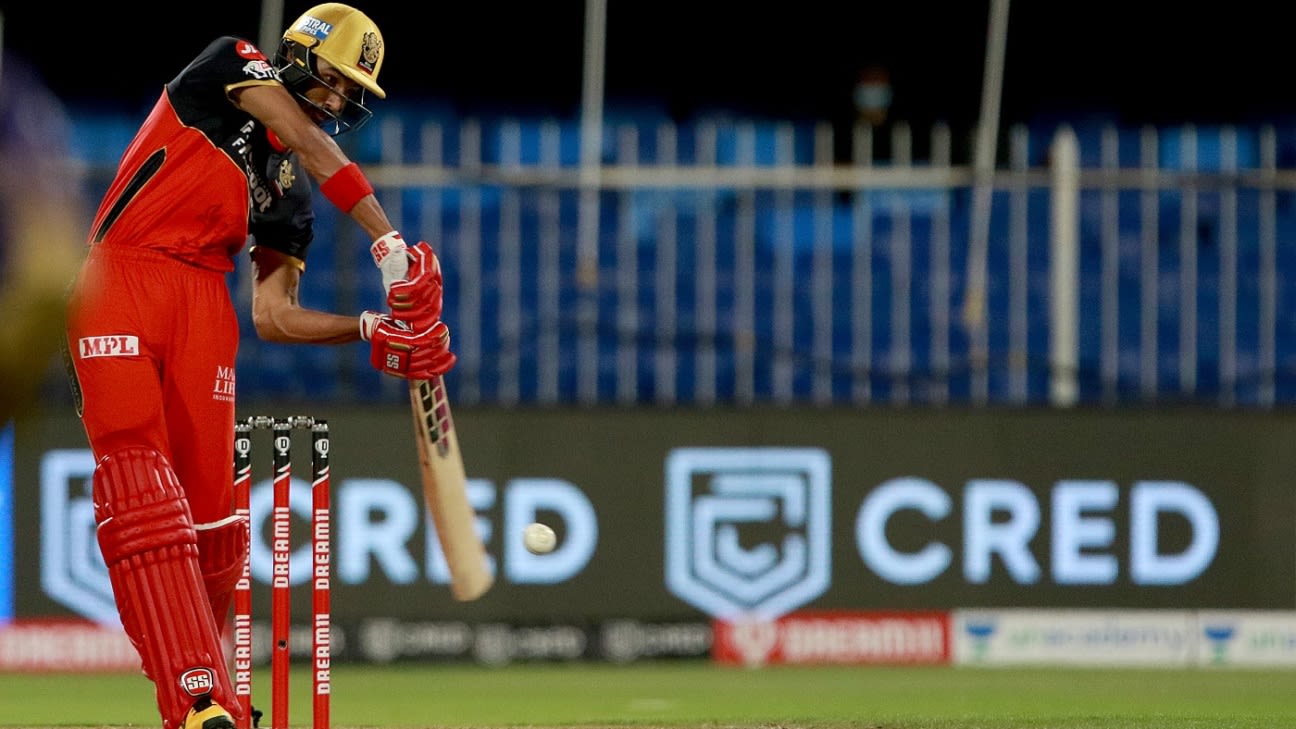 Opening batsman will be available for selection after clearing further fitness tests, in accordance with the SOPs

, who had on March 22 and had been quarantining at home since then, has travelled to Chennai and linked up with the Royal Challengers Bangalore squad after returning "negative reports for Covid-19 as per the BCCI's protocols".

Announcing the update, the Royal Challengers said in a statement that the franchise's medical team was "in constant touch with Devdutt to ensure his safety and well-being".

Paddikal, 20, joined the Royal Challengers' bubble on Wednesday after travelling by road from his home in Bengaluru. It is not yet clear whether Paddikal would participate in the team's scheduled training session on Wednesday evening.

In a video released by the team on Twitter, Padikkal said, "As per BCCI and IPL protocol, I had to quarantine at home for two weeks. Now I have joined the camp after two negative tests, and I am feeling completely fine now, and I just can't wait to get back out there and join the RCB camp."

ESPNcricinfo understands that all players who have tested positive need to get two clear tests in a row after quarantining for at least ten days, and then another test on arrival at the team hotel. They also need to clear some medical tests, like cardiac screening, and once that is completed, they can join the bubble directly.

Bold Diaries: Devdutt Padikkal joins the RCB camp after testing negative for COVID-19. He's healthy, feeling better and raring to go. Here's a message to all RCB fans from Devdutt.

The Royal Challengers' first game of IPL 2021 is the tournament opener against the Mumbai Indians in Chennai on April 9. Their second match is on April 14, against the Sunrisers Hyderabad, also in Chennai.

According to the SOPs for the IPL, "Anyone testing positive for Covid-19 must isolate for a minimum of ten days and seek advice of local health authorities. During their ten-day isolation period, the individual must repeat the RT-PCR tests, at least 24 hours apart, on Day 9 and Day 10 from the day the first RT-PCR test was conducted. Provided the individual is without any symptoms associated with Covid-19 for more than 24 hours, has not taken any medications in the previous 24 hours and both results of RT-PCR tests taken on Day 9 and Day 10 are negative, they may be allowed to join their respective teams."

Also on Wednesday, it emerged that , the Royal Challengers' Australian allrounder, had tested positive for Covid-19. According to a statement tweeted by the Royal Challengers, Sams had returned a negative test upon his arrival in Chennai on April 3. A second test on April 7, however, returned a positive result, as a result of which he had to go into isolation at a designated medical facility.

Since Sams, who is asymptomatic, has been in quarantine since his arrival in India, he had not yet made contact with any other player or Royal Challengers staff member.