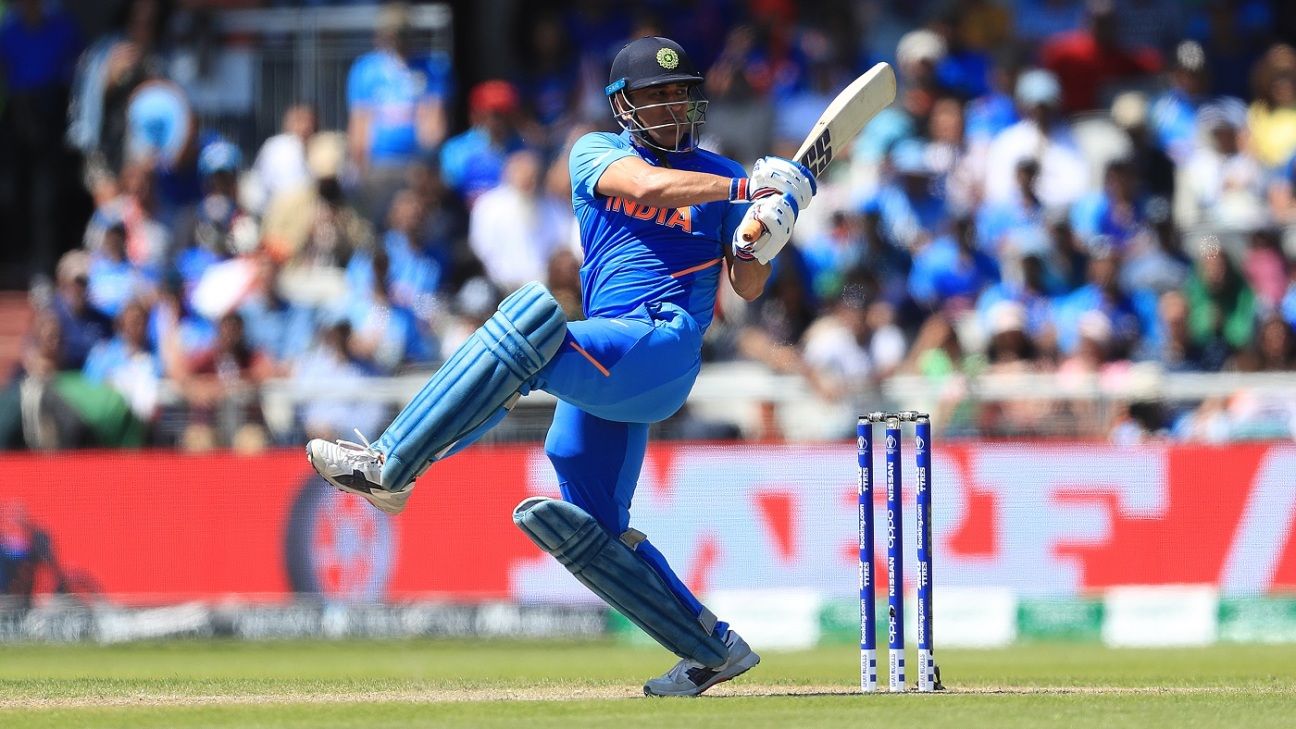 is least affected by the criticism surrounding 's in the middle overs of an ODI innings, particularly against spin. This even as Dhoni's former team-mates Sachin Tendulkar and VVS Laxman questioned the logic of his slow pace, arguing that it hasn't helped India's cause in the death overs.

For Kohli, Dhoni's late flourish en route an unbeaten 61-ball 56 which helped put on 268 against West Indies was a job well done. Asked specifically if Dhoni's game plan of delaying the slog was hard to fathom from the outside, Kohli vehemently defended his senior player.

"He knows exactly what he wants to do out in the middle. Anyone has off days. When he has an off day here and there, everyone gets up and starts talking," Kohli said at the post-match presentation. "What we have always maintained in the change room is backing him, and he has won us so many games. The best thing about having someone like him is when you need those extra 15-20 runs, he knows exactly how to get them with the tail.

"Keeping strike in the end and finishing off with two big sixes gave us a boost as a team. We were looking at 250 but we got close to 270-odd because he was out there in the middle. Hardik [Pandya] also played really well, but his experience has come good eight out of ten times for us."

Kohli also insisted in a batting line-up such as India's, where there's a fine mix of stroke makers and finishers, Dhoni's calculated approach was much needed. He underlined how it brought balance, especially if they found themselves in a spot, like they did or on Thursday against West Indies.

"We have quite a few players who play instinctive cricket and follow their positive game plans," Kohli said. "He is one guy in the middle who always sends out a message for the team. 'I think this is the par score on this pitch.' Understanding how our bowlers bowl as well, he has such a keen understanding of the game. So he is always giving us feedback, in terms of 'okay 260 is a good score, 265 is a good score.' So that we don't look at 300 and end up getting 230.

"He has always been that way, that is his strength, to play calculated cricket, to always stay in the game, equal to the opposition and then find ways of winning. He's a legend of the game, we all know that. He's doing a tremendous job for us and hope he can continue."

Brazil down Angola to take maximum points from Group A

How to watch HBL PSL 2020 in Pakistan and abroad

Keep this page handy to follow all the latest news updates ahead of the 2019-20...

Roger Federer and Novak Djokovic always spend good words for one other, but their...

Daniil Medvedev shares how many drug tests he goes through

In an interview to Ubitennis Daniil Medvedev spoke about the Russian athletes being...