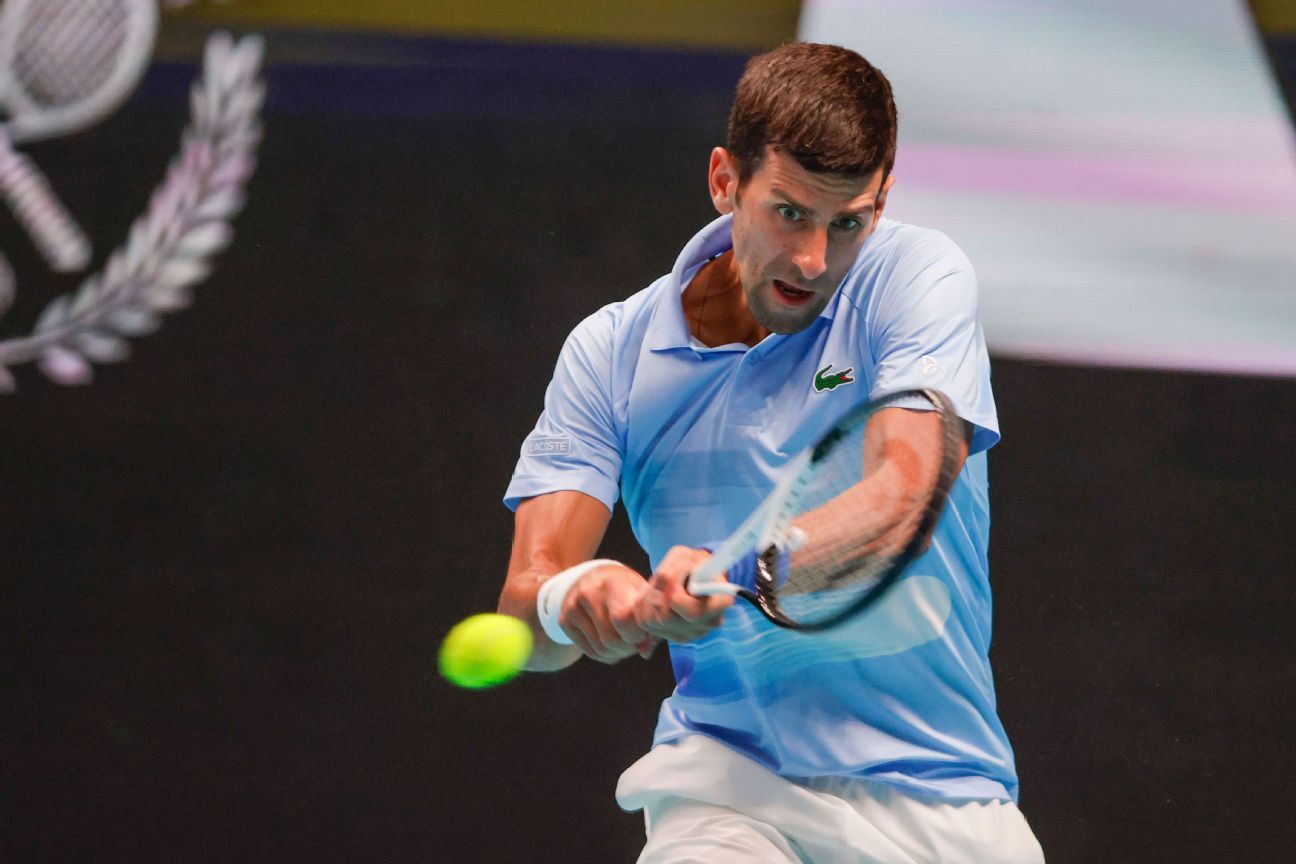 Top seed produced a stellar display to sweep aside Croatian Marin Cilic 6-3, 6-4 in the final of the ATP 250 Tel Aviv Open on Sunday and clinch his third title of the season.

Djokovic, playing in his first singles event since winning a seventh Wimbledon crown in July, launched an early attack on his opponent's formidable serve as he broke Cilic in the second game before going on to take the opener in just under 50 minutes.

Cilic, largely untroubled on serve all week, found himself under constant pressure against the Serbian's deep returns and was broken again in the first game of the second set, allowing Djokovic to seize control of the match.

The 21-time major winner did not relinquish that advantage as he stayed perfect on his own delivery to secure his 89th career title and 19th victory over former US Open champion Cilic in 21 meetings.

The title should come as a boost for Djokovic, who missed the US Open and the North American hardcourt swing -- due to his decision not to get vaccinated against COVID-19 -- before returning to action at the Laver Cup team event in London.

The 35-year-old's next stop is the ATP 500 Astana Open, which begins Monday and will feature world No. 1 and .

Once a 50-1 long shot, Serena Williams now among favorites...

Alcaraz stumbles in first match as No. 1 player

WATCH: Sammy reveals the secret behind his Urdu tweets

His international career is over: Abbas, Miandad back PCB’s...

His international career is over: Abbas, Miandad back PCB’s ban on Umar Akmal

Van de Donk: The whole of the Netherlands is proud

Mushfiqur Rahim unlikely to be fit for second Test to stretch...

Tamim Iqbal just had a light training session in Wellington after pulling up a little...