England back opening combo of Tammy Beaumont and Danni Wyatt 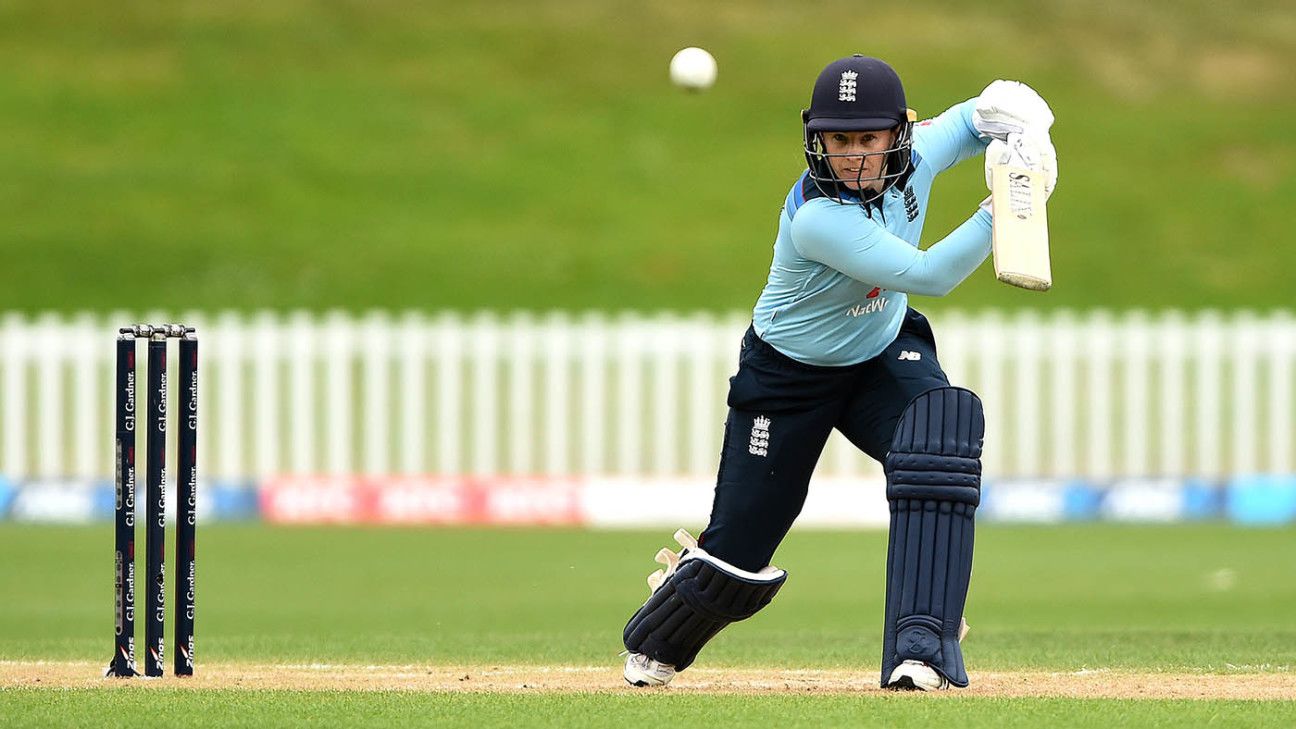 They have had contrasting tours of New Zealand so far, but England are backing the opening combination of and as they look ahead to their World Cup defence.

After defeat in the third and final match of their ODI series, which England won 2-1, Beaumont had amassed 231 runs with three half-centuries from as many innings, carrying her bat in the last two.

Wyatt, in comparison, had managed scores of 17, 0, and 1 despite showing promise with 54 in one of the the pre-series warm-ups. Before that, her highest ODI score of 110 - made against Pakistan in Kuala Lumpur in December 2019 - remains her most notable innings amid limited recent opportunities in the format due to the Covid-19 pandemic upsetting the women's schedule last year. In T20s, Wyatt has failed to reach 30 in 13 innings since that trip to Malaysia when she also scored a fifty against Pakistan.

But, as England turn their focus to a three-match T20I series against New Zealand, head coach expressed faith that Wyatt would rediscover her white-ball form in the next 12 months leading up to the 50-over World Cup, which will also be held in New Zealand.

"Everyone knows what a class player Dan is," Keightley said via Zoom from New Zealand. "She probably hasn't had the runs that she wanted. She just needs to have a clear mind, back her ability and execute her strengths.

"When Dan is going, with Dan and Tammy up the front, it will be a really exciting time when that happens and I'm backing them in that we'll see that throughout the summer.

Beaumont, recognised as one of England's leading ODI players, seemed to relish her return to 50-over cricket, having navigated her own challenges in T20Is last year. Shuffled round the order previously, she settled into a rhythm as opener during England's 5-0 sweep of their series against West Indies, the only international cricket of their home summer.

She subsequently had a relatively lean WBBL campaign with the bat for champions Sydney Thunder and will no doubt be looking to convert her ODI form when England face New Zealand in the first T20I on Wednesday.

"Tammy Beaumont showed her dominance in this format," Keightley said after the third ODI. "It's been brilliant for her to score as many runs as she has and she' been a real anchor for us and that's allowed Heather [Knight] and Nat [Sciver] to play a few more shots and take teams on a little bit more."

Knight, who scored two half-centuries of her own during the ODI series, was full of praise for Beaumont.

"So important for us in ODI cricket, Tammy's got a brilliant record probably over the last four or five years now," Knight said. "I'm really pleased that she's carried that on. She's a real rock for us and her consistency is a really good example for the rest of the team.

"She's found that role where we can bat around her a little bit and other batters be a little bit more aggressive and her be a rock for us. Hopefully it continues. She's a key player for us."

Valkerie Baynes is a general editor at ESPNcricinfo

Shane Warne to auction off baggy green to raise funds for...