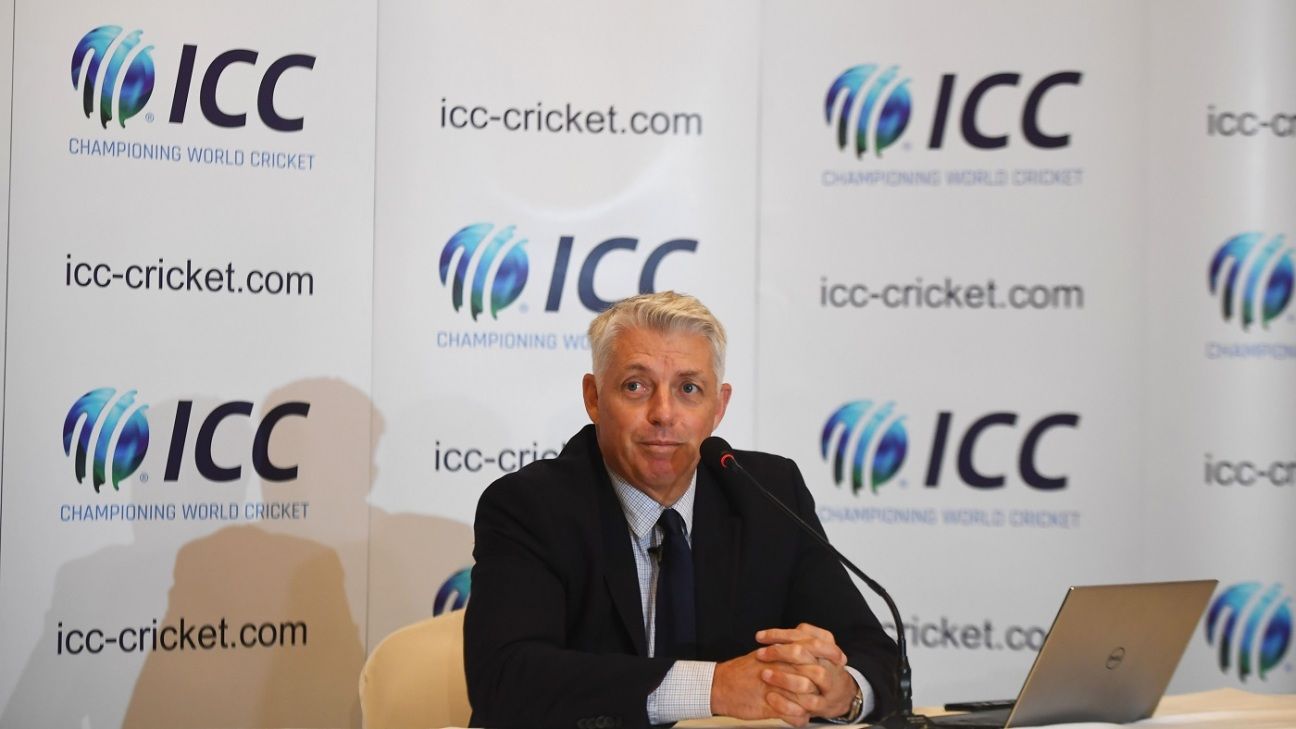 Over the last two years, Pakistan has made serious strides towards bringing big cricket back to the country. The PCB has successfully hosted various international teams over the last 20 months as well as business-end matches of the high-profile PSL. All this, according to ICC chief executive officer , has "changed the perception" of Pakistan as a cricketing destination.

International cricket in Pakistan came to an abrupt halt after the on Sri Lanka's team bus in Lahore, with Pakistan's national team forced to find a home away from home in the UAE. Since the visit of Zimbabwe in 2015, however, there has been a slow and steadily inflow of teams to the country.

"I think they've done a tremendous job and the level of comfort is growing all the time among the foreign players," Richardson said during Sunday's in Karachi.

"I know some security officials from Australia and other countries have come to see the matches here. Step by step, certainly, Pakistan is on the right path and I know that the PCB will be redoubling their efforts to encourage people and teams to come across and certainly it will be with the ICC's support."

"The perception outside of Pakistan was that it was quite a dangerous place to visit in the past and that perception, slowly but surely, has been changed through the good work that has been done yet" DAVID RICHARDSON

This season, Pakistan has hosted eight PSL matches including the final at Karachi's National Stadium. Over 230,000 spectators attended the eight Karachi matches, making each nearly a full-house affair. The security arrangements for the teams were extraordinary, with the overseas players given presidential-level cover.

"As you may be aware, the ICC has tried to support Pakistan in getting international cricket back to Pakistan on a more regular basis and I think everyone agrees that having the PSL matches in Pakistan and the final in Karachi is a great step forward in achieving that," Richardson said. "So, well done to all involved, and thank you to the players who decided to make the trip across to Pakistan. I think you should also appreciate the work done by Pakistan as a country and Pakistan's security forces.

"Because the fact is that the perception outside of Pakistan was that it was quite a dangerous place to visit in the past and that perception, slowly but surely, has been changed through the good work that has been done yet. I think that point needs to be appreciated. The fact that so many foreign players agreed to come and play in Pakistan is indicative of that."

On Friday, Bangladesh's tour of New Zealand was on two mosques in Christchurch, which have so far claimed at least 50 lives. Some of Bangladesh's players and staff being caught up in the attack; they were on their way to one of the mosques when it was being attacked.

When asked if the incident made the ICC extra alert with the World Cup looming, Richardson said: "It has always been the case that we've had to make sure that we keep security absolutely priority, not only for the players but also for the visiting media, fans, spectators and everyone who attends the event. If you recall the Champions Trophy in England a couple of years back, there were a few incidents that happened.

"So I don't think security is anything new, obviously something happening in New Zealand probably took a lot of people by surprise and it emphasised the need not to be complacent, especially going into the World Cup. I know the work done already by the security director together with all the security agencies in the UK, they leaving no stone unturned, and if the threat level should rise in any way we will [further upgrade] the plans in place."

Indore is full of runs, so stock up on batsmen

Best Fielder of the Tournament Trophy

Muhammad Musa Khan, Khushdil Shah and Usman Qadir are the new faces in the T20I...

Left-arm seamer under pressure to make his case in final two matches of England's...