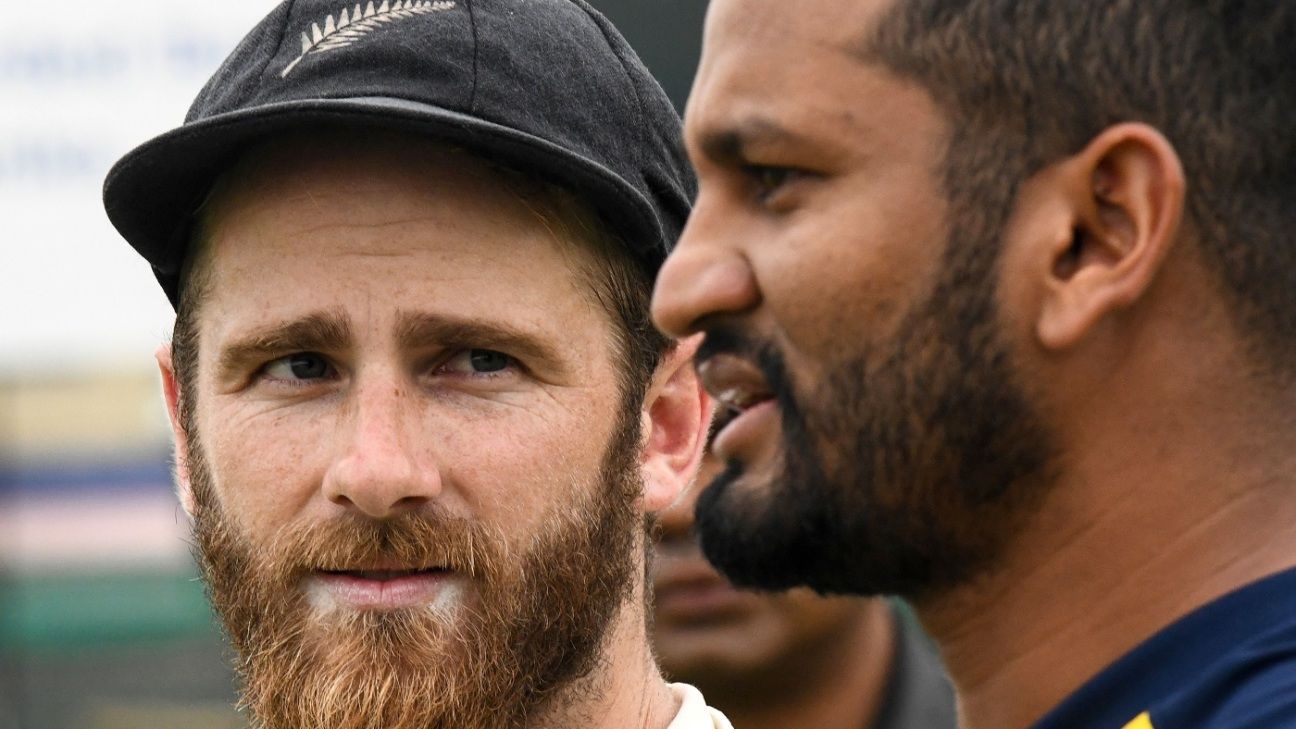 It is a difficult summary to argue against, given the nature of Sri Lanka's demise on the fifth day in Colombo. essentially ran himself out, attempting a single to midwicket off the fifth ball of the innings. was caught in the slips slashing at a short delivery. and were both out playing defensive shots, but later, was caught at second slip after advancing down the pitch.

The first innings had been disappointing as well. Sri Lanka were all out for 244, before New Zealand replied with a declaration at 431 for 6.

"It was a pretty good wicket in the first innings, and we didn't execute our shots very well," Karunaratne said. "The batsmen probably thought it was going to be a good, flat wicket and so the application wasn't there. Even me, after getting 60 [65], I played a rash shot [in the first innings]. It was a good wicket and you have to put up a good score on it. The Kiwis batted really well. They put up huge totals and put us under pressure."

Freedom has been a buzzword in Karunaratne's captaincy so far - his insistence that batsmen should be allowed to play their strokes is understood to be a key factor in the Test team's recent success. Following this Test, though, Karunaratne was critical of his team-mates' aggression.

"When I say players should be free, I don't mean that you just hit every ball that you see. It's about keeping your mind free. If you at any time feel like you should play the reverse-sweep but you stop yourself, your're restricting yourself. There are times when you can get runs from that shot, and when it's a safe option. It's about being relaxed. Freedom doesn't mean swinging at every ball. It's about playing with confidence. At times I felt our players really lacked patience. A Test is a very valuable thing, and batsmen should know how to play according to the situation. They should know how to handle that freedom."

It was on day four that New Zealand swung the match definitively in their direction, and on day four that Sri Lanka's bowlers struggled the most, allowing the opposition to score 186 for the loss of just one wicket in 48 overs.

"We got the wickets of the first three batsmen quickly, and I think we thought the other wickets would also come easily," Karunaratne said. "But they batted really well, and the pitch also dried out a bit, and the moisture that was there disappeared. It stopped seaming around. Despite that, I think we could have bowled better, and bowled tighter.

"But on the second day New Zealand bowled really well, drying up the runs by bowling on one side of the pitch. Apart from and our bowlers don't have much experience, but I think they've played enough first-class cricket to stack one side of the field and bowl to that."

Tennis - The Swiss will chase the seventh crown at the Australian Open, hoping to...

As an Indian visiting Pakistan has been great, says Samit...

'We have to fight our way out of these last two losses'...

The South Africa captain looks to convert fifties into hundreds to change his team's...

The South African ace will not turn out for Lahore Qalandars in the Pakistan leg...

Play is scheduled to begin half an hour early on day two, but the forecast remains...