Gambhir: Maxwell has played for so many IPL teams 'because he's not been consistent at all' 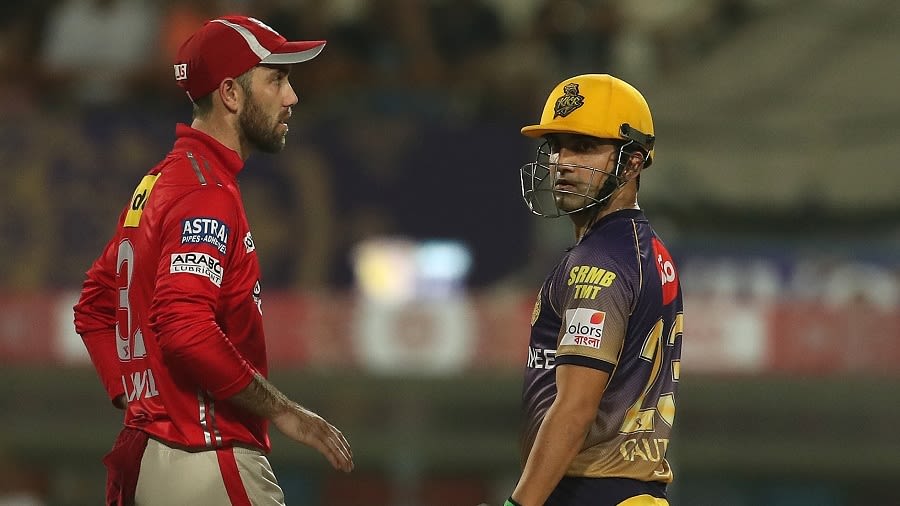 RCB will be Maxwell's fourth IPL team since 2012

That Royal Challengers Bangalore's will represent his fourth franchise in IPL 2021 points to his inherent inconsistency in the tournament, according to .

Speaking to ESPNcricinfo, Gambhir - who briefly captained him at Delhi Daredevils in 2018 - has said that Maxwell had received more freedom than any other player in the IPL by his past teams, but wasn't retained by them because he could not be consistent.

"Had Maxwell done really well in the IPL, he wouldn't have played for so many franchises, to be honest," Gambhir said. "He's played for so many franchises because he's not been consistent at all. We can't keep talking about 'he hasn't had the freedom' for the previous franchises he's played for… when he played for Delhi, he had a lot of freedom. Most of these franchises and coaches - because they think he's an X-factor - they want to try and provide him with the best platform where he can succeed. The most unfortunate thing is that despite getting that platform, he has not succeeded, apart from that one season in 2014 where he set the IPL on fire. Had he done that, I think none of the franchises would have released him. Look at what Andre Russell has done for KKR and the amount of time he's spent at one franchise.

"The only reason why a franchise releases you is because you haven't performed. The more franchises you play for, it just shows you haven't really been able to get settled in any of the franchises. Hopefully, he delivers this time around because every year, he keeps getting more and more money just because he does really well for Australia. So hopefully from RCB's point of view, he can do really well. He's probably got freedom more than any other player in the IPL. I feel he has been very disappointing throughout the IPL, but hopefully, this time around he can turn it."

Maxwell's numbers playing in the IPL make for a stark contrast to when he's played for Australia or for the Melbourne Stars in the Big Bash League. While his scoring rate remains high, Maxwell has found a consistency with the Stars and Australia that he hasn't found with any IPL franchise. In the IPL, Maxwell - who has represented Mumbai Indians, Kings XI Punjab and Daredevils previously - averages 22.13 and strikes at 154.67 since 2012. In that same period for the Stars and Australia, he has averaged 32.72 and has a strike rate of 154.13.

, the former New Zealand captain who played for - and coached the Royal Challengers - felt that the focus that Virat Kohli and AB de Villiers tend to draw will allow Maxwell to maintain a low profile in the side, which may work to the Australian's advantage.

"The emphasis normally is on AB and Kohli, and Maxwell in a way can fly under the radar," Vettori told ESPNcricinfo. "Hopefully that lack of pressure will allow him to have an IPL that everyone expects him to most years.

"Where he's been successful, particularly at Melbourne Stars, he's been engaged, he's been captain and he's been the senior player. He's been given a lot of responsibility and I think that's where teams tend to get the best out of him. Even though de Villiers and Kohli are the focal points, if they can spread that leadership across him, I think that will be the best way to utilise him."

Gambhir held that the Royal Challengers had a team structure that would allow Maxwell to bat consistently at No.4, alongside de Villiers at No.3 - which Vettori called "a lethal combination" in the middle.

"I've been saying it, RCB needs to do something different," Gambhir said. "So they've got to push AB at No.3 and Maxwell at No.4. And they've got Padikkal and Virat Kohli, and now you've got the option of Kyle Jamieson and Daniel Sams. So you don't need to actually have Maxwell as a finisher because Daniel Sams can hit a long ball, Kyle Jamieson can hit a long ball, you've got Washington Sundar who can bowl and bat.

"So rather make them [de Villiers and Maxwell] bat at No. 3 and 4 and that's going to be a good combination. What happens is, your top four becomes really, really strong. With this kind of combination, I will try and take that punt and probably make them bat at three and four together."

Can’t be stubborn about Asia Cup since India won’t come...