Haaland: Time to 'move on' from future talk 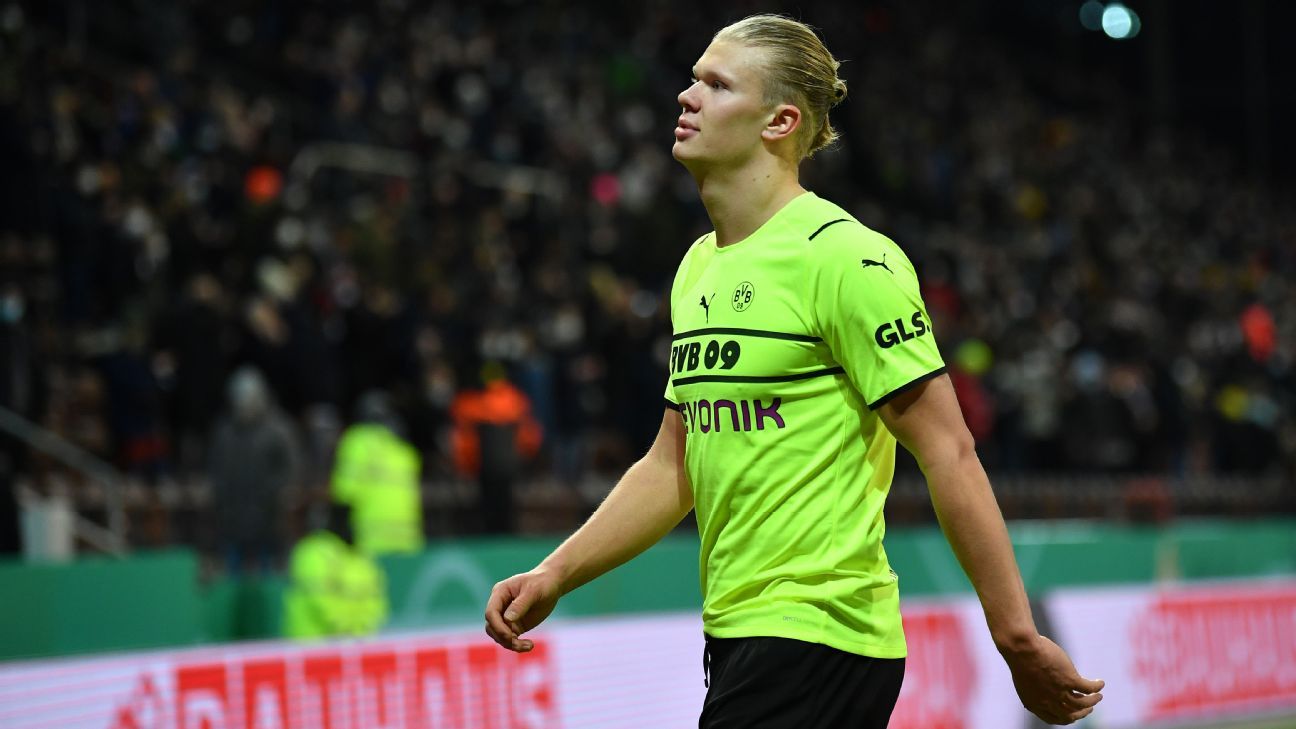 has said it is time to "move on" from comments he made earlier this month about .

Haaland, 21, is expected to leave Dortmund at the end of the season, with top clubs in the Premier League as well as , , and interested in his signing, according to ESPN sources.

"I don't really want to say too much about it, but I felt it was time for me to say something." Haaland said, in a interview with selected Bundesliga rights holders about why he felt he needed to publicly address the situation.

Haaland, who scored in Dortmund's 3-2 victory against Hoffenheim on Saturday before going off injured, earlier this month that Dortmund had "started to put a lot of pressure" on his decision and it was "time to get things started."

Dortmund CEO Hans-Joachim Watzke played down reports of a row between the club and player but did not deny Haaland's claims that he was being pushed into a decision.

"There's no problem with Erling," Watzke told Dortmund newspaper Ruhr Nachrichten. "He is a spontaneous person. He's allowed to do that. But he must also have some understanding for our situation -- we can't wait until the end of May."

Pulisic: USMNT, Chelsea spotlight can be 'up and down'

Zverev: 'I want tennis to be in good hands after Federer,...

Alexander Zverev believes there is less attention around him than the past as he...

Coetzer calls for 'bold and brave' moves to push Cricket...

Sabalenka set to make her debut in Moscow.

Mohamed Salah and Antoine Griezmann each netted braces, but while the Egyptian star...

A day to remember for a 90-year-old Evertonian

The time for talking is over: let battle commence! Here's the first round of games...