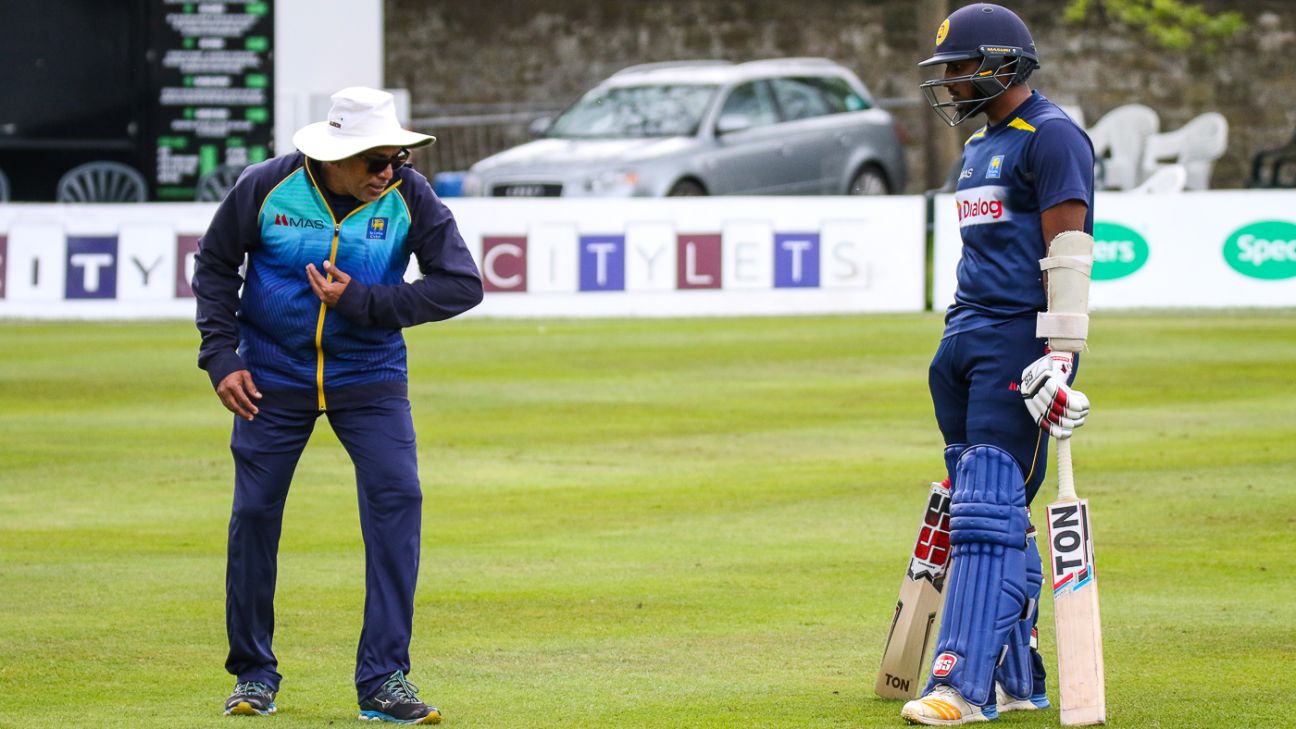 In both their wins so far, Sri Lanka's bowlers have bailed the batsmen out. Defending 187 , then 233 , Lasith Malinga, Nuwan Pradeep and company sent down intense spells, and prised points out of the closed fists of their opponents.

Sri Lanka know, though, that if they are to make more of an impact at the World Cup than merely delivering its biggest upset so far, their batsmen must step up. There have been signs that one or two of them are breaking out of ruts, but it has been just that - signs. Their highest individual score across four matches is Dimuth Karunaratne's 97. They haven't crossed 250 once. Their middle order has repeatedly collapsed.

The man they are looking to for leadership with the bat is the top order's most-experienced campaigner, and it is in his most-recent performance from which hope springs for Sri Lanka. By his own admission, Angelo Mathews was far from fluent in his vital 85 not out against England, but he did spend 115 balls at the crease. It is only when seniors like Mathews begin to perform, that Sri Lanka's plans come together, coach said.

"Angelo doing well against England helped lift the other players as well, and that goes a long way," he said. "He's a world-class player, and he showed a lot of mental resilience in that innings because he was under pressure, the team was under pressure for various reason, and he was coming without many runs.

"The thing about good teams is that their senior players turn up. When big players perform, it's a huge confidence boost for everyone, because they generally make their contributions at crucial times, and they turn matches. Other teams have the likes of Kane Williamson and Joe Root. For us, it's important for our big players to do well, because our plans revolve around those players to an extent. It's when they do well, that others can play around them and we get a good team performance. Angelo showed a lot of character."

Batting coach Jon Lewis also hoped that getting to a substantial score will help Mathews recover more fluent form. Mathews has generally done well in England - his batting average of 44.72 in England is higher than his overall career figure of 41.79. Prior to that 85 not out, however, his scores in the tournament had been 9,0 and 0.

"Angelo probably got a lot of confidence having those numbers against his name," Lewis said. "Great batsmen tell you that they feel confidence when they have numbers. He wasn't so fluent against England, but he recognized what the pitch and the team required and put together some very good partnerships. He did the right thing."

In addition to Mathews and Karunaratne, Kusal Mendis and Avishka Fernando made 40s for Sri Lanka, after Kusal Perera made a rapid half century against Australia in the previous match. Sri Lanka hope that the seeds for a collective turnaround have been sown.

"There are guys who have got runs in the last two innings - everybody feels little bit better," Lewis said. "We have had two guys who have battled over 100 balls in the last two games and that's a good indication. That's something we have not been doing over the last year - playing 100 balls. It has been something that we have been asking for. Contributions beyond just batting 40 or 50 balls."

Shinwari defends five in last over to send Karachi into...

Hewitt and Kyrgios back Alex de Minaur ahead of Rafael...

Tennis - The top-ranked Aussie will face world no. 1 in the second rubber of the...

Bangladesh down Zimbabwe by four runs to clinch ODI series

Bangladesh down Zimbabwe by four runs to clinch ODI series

Ben Dunk opens up on staying in Pakistan amid coronavirus...

Ben Dunk opens up on staying in Pakistan amid coronavirus fears

David Ferrer: 'Players like Rafael Nadal will not be there...

In an interview to EFE the former world No. 3 David Ferrer praised Rafael Nadaland#039;s...