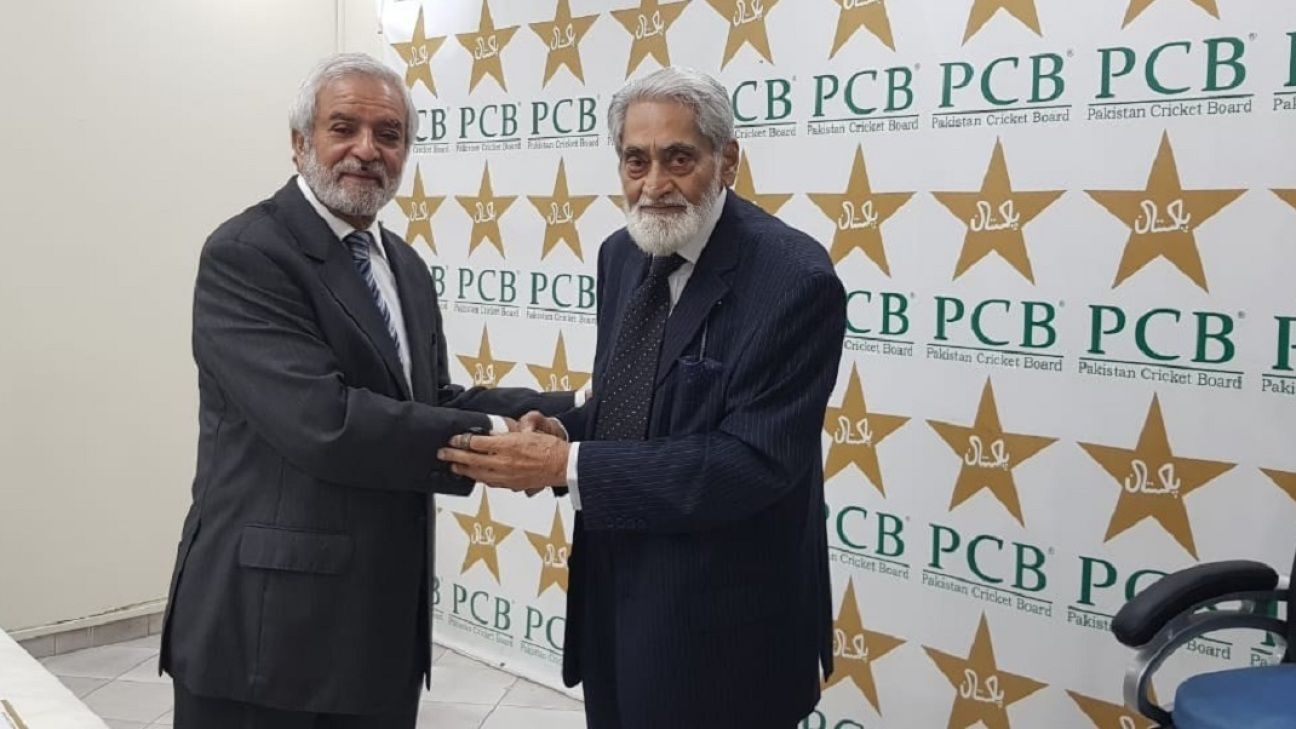 A plan to involve modern cricketers in the working structure of the Pakistan Cricket Board seems to be have hit a snag. ESPNcricinfo understands one of the major reasons former players are reluctant to join the PCB is the organisation's inherent instability and the PCB's internal working culture.

Over the last two decades, the PCB has effectively been run as a one-man show, with the chairman enjoying executive power and calling all the shots. The structure and hierarchy within the PCB has been inconsistent, with general elections and changes of power in Pakistan's political setup meaning radical overhaul for the cricket board. Historically, the ruling party in Islamabad has nominated (effectively, appointed) a person at the helm, and all the power lies with that chairman, given the PCB's culture of allowing the executive almost absolute power.

The most recent episode that highlighted the uncertainty was newly appointed Managing Director last month, which for a time cast serious doubts on the PCB functioning properly. The major bone of contention is the domestic cricketing structure, which has been revamped frequently for the past decade, but is resistant to the sort of change the current Prime Minister Imran Khan wants to see.

A new set-up in the PCB began with an intent to rope in as the country's Under-19 coach, but that fell through after the former captain and the PCB failed to reach an agreement. The PCB moved on and turned to other former players, but failed to attract them for various reasons. One former fast bowler turned down the offer over the scope of the role, while another ex-batsman batsman wasn't comfortable with the internal working culture in PCB.

"We want to bring a change by inducting players from the present era to work into the system," Wasim Khan told ESPNcricinfo. "Naturally, you want a new generation to take over and in the modern game we need people who are relevant, hungry and are committed to making a difference. It's a new era with a new Chairman and me as MD, and we have exciting plans for future and we won't be derailed in doing what's right for Pakistan cricket.

"We have created an ambitious strategy for the next five years. My philosophy is that the past should be a point of reference and not a point of residence. What has gone on before needs to remain there, we are now about taking the right people with us who want to buy into a new future. The status quo isn't acceptable. We have a lot of work to do, make no mistake, our systems and importantly the culture has to foster high values.

"We want to base the system on meritocracy and not on entitlement. If people can bring a real value in taking us forward then they will have a role to play in Pakistan cricket."

One of the significant problems in the system is the trust deficit between local players and the PCB management. It is one of the key reasons why the PCB has never able to pull players from the 90s to work within the PCB for any length of time; Waqar Younis was the exception, serving as head coach twice, but both times his departure proved ignominious. Former players from the 70 to 80s continue to occupy prominent positions within the setup, having comfortably surpassed regular retirement age. (66), (70), (62), (63), and (66) all hold senior positions at the PCB, and had their contracts extended after the PCB failed to find any suitable replacement.

Pakistan's national coaching staff is foreign, with the exception of bowling coach Azhar Mahmood, as the PCB has failed to develop home grown coaches, forcing them to rely on foreigners. "We want to quash the perception about the over-reliance on foreigners and we want to bring in our own people on top," Wasim added . "But they have to work their way upward, and take over various segments in the PCB. After all, these recently retired players are assets for the country, and they have a future with Pakistan cricket even if they have retried from playing cricket.

"It's not just about selling the role but it's also a matter of availability. Younis is a good man and so there is a disappointment that it didn't work out. But it happens and we all need to move on. But we will continue with our mission; in this regard the role has been discussed with another individual but existing commitments have ruled him out.

In contrast to the previous set up, the present one revolves more around the Managing Director, a post created by Ehsan Mani to bring a competent figure to lead the cricket board. Unlike previous chairmen, Mani intends to dilute his executive powers in the system, and bring the PCB in line with modern corporate structure. Mani distributed his power to the MD to implement policies, while he holds the reviewing power to avoid conflict of interest.

'We'll be doing everything we can to nullify Bairstow and...

Naomi Osaka on taking risks on vacation and career

Most players believe about going for it in the moment and being relentless. Naomi...

Tennis: India is sending a squad without their key players

Fantasy Picks: Adelaide Oval is full of runs, bank on the...

A fan's football caricatures bring her closer to the game