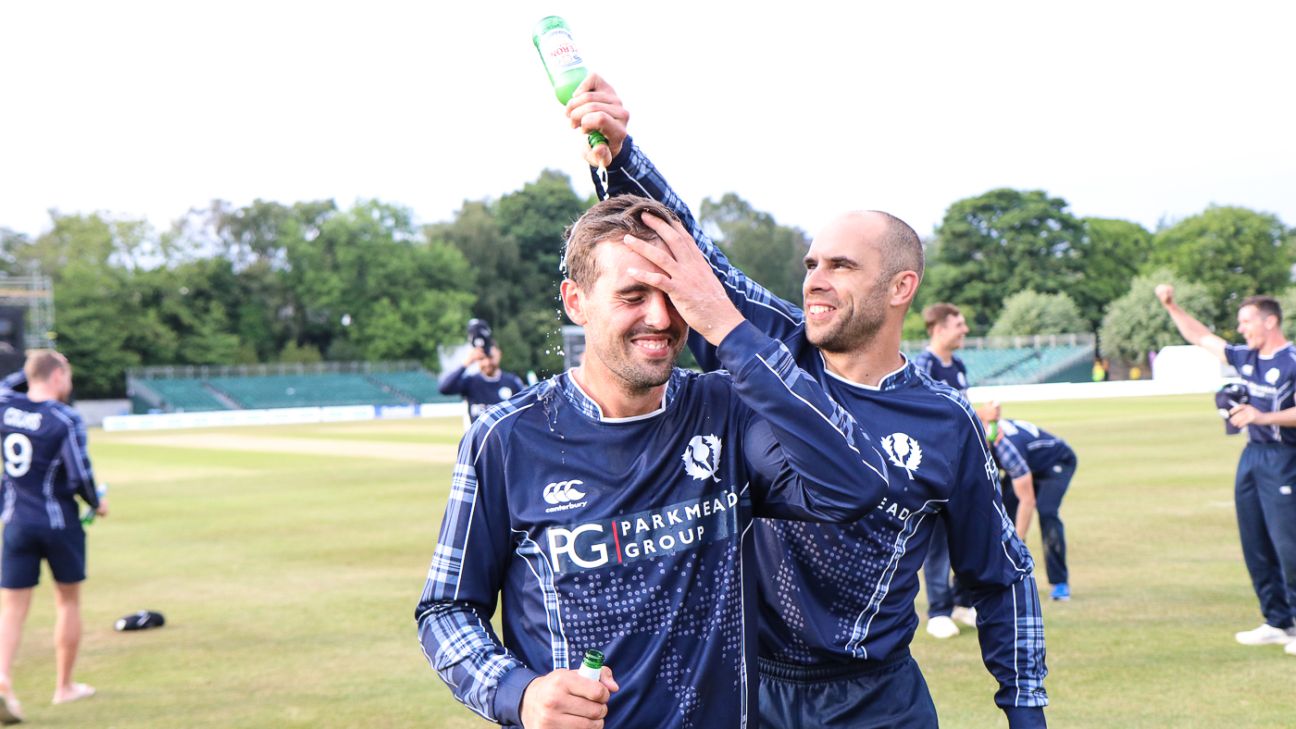 Ireland, Netherlands and Scotland have announced the formation of a new franchise-based T20 League. The inaugural edition of the three-week tournament, jointly hosted by the three boards, is set to run from August 30.

The six teams will be split evenly across the three countries with Belfast, Dublin, Edinburgh and Glasgow the franchises in Ireland and Scotland. The two host venues of the Dutch teams are yet to be announced. However, it is likely that VRA ground in Amstelveen is likely to be one of the venues, while the other could be hosted at Rotterdam or The Hague.

Malcolm Cannon, chief executive of Cricket Scotland, clarified that they weren't "mimicking" other T20 leagues around the world. "I think playing across three nations makes it unique," he told ESPNcricinfo. "But I think for Scottish fans, bringing the excitement of domestic T20 franchise league cricket to the home shores is a first. It gives television audiences at home and overseas world-class cricket at their doorstep."

In addition to nine domestic players, each franchise can sign up to seven overseas professionals in their 16-member squads. A minimum of six domestic players must also be in the starting XI for each match to ensure local players have the majority of opportunities. The organisers are yet to decide if they will adopt a draft process or an auction.

There was no word on whether higher profile local players such as Coetzer, Calum MacLeod, Kevin O'Brien or Paul Stirling would be assigned icon status in order to link them with one of the respective home franchises ahead of any draft or auction.

Logistics of playing it across several countries is among the challenges the league faces. Each team is set to play 10 matches - five home and five away - across the tournament ahead of the semi-finals and final.

Cannon stated that the looming Brexit deadline and its impact did come up during discussions, but he does not believe it will severely affect plans.

"I mentioned that about eight months ago in the first negotiations we had," Cannon said. "'Will the free movement of individuals and travel difficulties make an issue of this?' For instance, when we had Heath Streak as our expert coach during last year's Tri-nation [T20 series] in Netherlands, we couldn't get him a visa to here but we could get him a visa to Netherlands. So there have always been differences in visa requirements between mainland Europe and the UK in any case.

"We don't believe it is going to have an impact at all but just like everyone else at the moment with regards to Brexit, we really don't know how it's going to impact a lot of things. We're working on the basis that it won't cause any impact and that any impact it does cause we'll be able to overcome."

Cannon also paid tribute to Cricket Ireland and their chief executive Warren Deutrom for being the catalyst of the tri-nation initiative. The league has been licensed for 10 years through a dual partnership out of India, GS Holdings and Woods Entertainment, with the arrangement expected to help generate significant income for all three member boards.

"There is no doubt that one of the benefits of the European Cricket League, or whatever it winds up being called, is going to be a financial one but there's many more to it than that. The intangibles of raised profile, raised noise level, excitement, opportunities to play against and with top quality international players. But there's no doubt there's financial benefits as well."

Cannon also said that the league will not affect the staging of Scotland's non-franchise domestic T20 tournament known as the Tilney T20 Blitz - which includes Caledonian Highlanders, Eastern Knights and Western Warriors - nor is it expected to replace Ireland's four-team Interprovincial T20 competition, both held earlier in the summer.

The timing of the European T20 is also expected to be a major source of preparation for players from each of the three host countries ahead of the T20 World Cup Qualifier, starting October 11 in the UAE.

Pakistan, England series likely to go ahead with 'isolation...

Alexander Zverev hit the clay court in Monte Carlo after...

Tennis - The young German has won just ten matches so far in 2019 and only one at...

Hosts dominate with bat, ball and in the field despite resistance from Sarfaraz...

FIFA Forward 2.0 expands in Asia with the help of successful...

Bayern down Chelsea as Barcelona draw with Napoli

Bayern down Chelsea as Barcelona draw with Napoli

Bowlers, Hales see Islamabad through as Karachi knocked out of PSL 2019