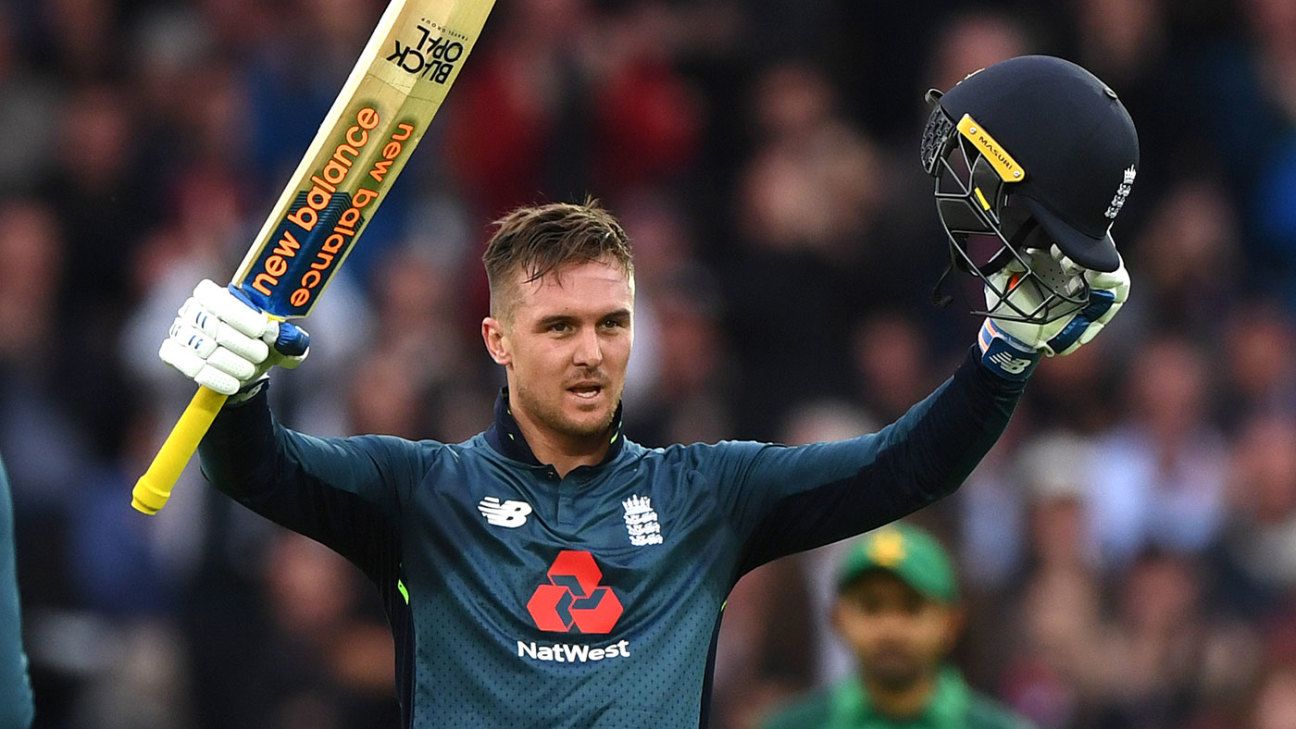 had to overcome a lack of sleep and concerns about his new-born daughter to make a match-winning century against Pakistan.

Roy made 114 - the eighth century of his ODI career - to help England to the fourth highest successful run-chase in their ODI history at Trent Bridge; a result that gives them an unassailable 3-0 series win.

But afterwards Roy revealed he had spent much of the night in hospital after his daughter, Everly, was taken ill and managed only a couple of hours' sleep. While Everly, who is seven weeks old, is understood to be out of danger, Roy returned to be by her hospital bedside immediately after the game.

And while he admitted it "was not the most fluent innings of my life," Roy described it as "a special" performance in testing circumstances.

"I had a bit of a rough morning, so this one is a special one for me and my family," Roy told the BBC. "It was my little one. We had to take her to hospital at 1.30 in the morning.

"I stayed there until 8.30 and came back for a couple of hours sleep. I got to the ground just before warm-up and cracked on. It was a very emotional hundred."

Meanwhile - captain in place of the suspended Eoin Morgan - expressed his confidence in England's run-chase despite their apparently challenging total.

"I thought the bowling unit did a great job to keep them to 340," he said. "As daft as it sounds, I didn't think 340 seemed such a vast score on a wicket like that with a very fast outfield and small boundaries.

"The strength of the batting line-up has been a big plus for us overs the past few years. Jason played fantastically well and it is great to watch him in full flow.

"We had four really poor overs with some soft dismissals, but Ben Stokes played fantastically well and for him to soak up that pressure and play so well will give him a lot of confidence."

England were also grateful for some flawed fielding from the Pakistan side, too. As well as several dropped chances, the ground fielding cost Pakistan at least a dozen runs while survived a run-out chance on 6. Curran, running for overthrows after a direct hit had removed one bail from the stumps but sent the ball ricocheting into space, might have been run out had Sarfaraz Ahmed, the Pakistan captain, appealed when removing the remaining bail as Curran attempted to complete a second run.

The Laws were updated a couple of years ago so that instead of removing a stump from the ground in such circumstances, only the remaining bail needs to be removed. Curran went on to make an important 31.

"We had enough runs on the board," Sarfaraz said. "If we had fielded well, we would have won this game.

"The only thing we can do is work hard. Over the last year-and-a-half our fielding has been much improved, but in these three matches it is a concern for us.

"I've seen a replay of the run-out. I thought both bails came off and, if the third umpire saw on TV, hopefully he would tell the on-field umpires. But we didn't appeal."

Pakistan, meanwhile, are experimenting with their squad and while that is necessary...

Spark Sport will show all home cricket from next April with a small selection of...

Players and team management can assess situation in Pakistan during the T20I series,...

Looking past Kohli as captain could be a risk, but it comes with the potential for...

Roger Federer: 'I watched highlights of 2015 loss to Albert...

Roger Federer defeated Albert Ramos in a straight-set match, 6-2 7-6, to reach the...

India rest Rohit, Jadeja and Shami; Samson, Sundar and Saini get a look-in for the...