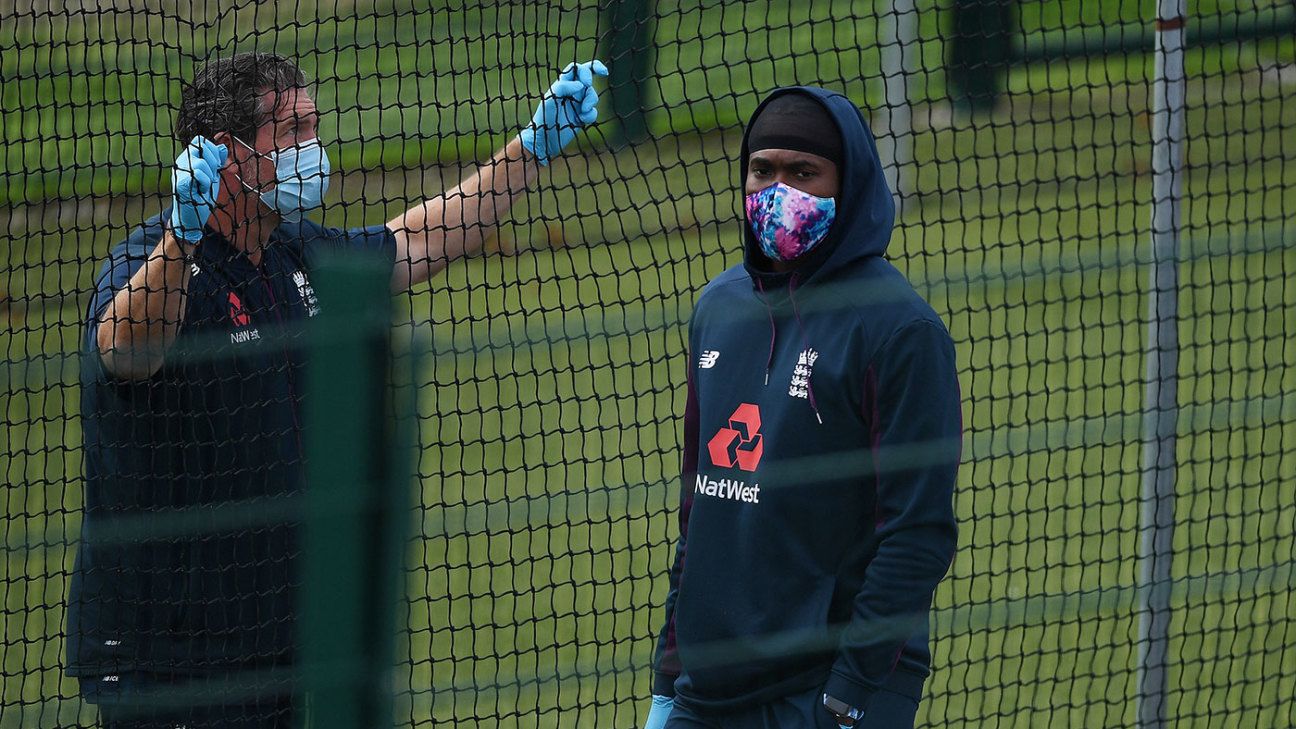 has been cleared to re-join the England squad ahead of the third Test after a second negative test for Covid-19.

Archer was obliged to isolate for five days after it emerged he had made an unauthorised trip to his home in Brighton between the first and second Tests. As a consequence, he was dropped from the side for that second Test and in addition fined the value of his match fee.

He was, however, cleared to play in the third Test. His return to training with the rest of the squad would appear to bring that return one step closer.

Archer spent almost the entire second Test in his hotel room at Emirates Old Trafford, unable to have face-to-face contact with anyone. He underwent two Covid-19 tests in that period, both of which proved negative.

Over the last couple of days, he has - with the permission of the West Indies team management - been allowed to run around the outfield before the arrival of other players (at around 7am) and have solo net sessions. In all cases, he has worn a mask and gloves and worked alone except for the attention of coaches or medics observing from a safe distance.

While the England team who won the second Test in Manchester have been given the day off on Tuesday, Archer and some other members of the England squad are expected to train. There would appear a strong chance he returns to the side for the third Test, starting on Friday, with England captain, Joe Root, stating his error of judgement would not be held against him in selection terms.

"As far as I'm concerned, he's been through disciplinary meeting," Root said on Monday night. "He's very aware of the consequences now of his actions and he's very remorseful about what he's done.

"As team-mates we've tried to make sure that we've been there for him in many respects, but he's very well aware he made a massive error.

"Once that disciplinary is gone through and it's been made very aware of what his punishment is, I think now is time for us to look at it in terms of him being available for selection."

England are likely to face some tough selection decisions ahead of the deciding Test. and , in particular, impressed during the second Test and provided a strong case for retention. But and Archer are expected to return, with Mark Wood and Sam Curran also offering compelling case for inclusion. In addition, Olly Stone has looked good in training in recent days having recovered from a hamstring strain.

Jack Leach could also replace Dom Bess, with the former's ability to spin the ball away from the bat an attractive option against a West Indies side stacked with right-handed batsmen.

Ben Stokes becomes top Test allrounder, gets to career-best No. 3 among batsmen

IOC will follow WHO advice on Olympics cancellation: Bach

IOC will follow WHO advice on Olympics cancellation: Bach

We had given up hope: Hussey recollects 2010 World T20 semi against Pakistan

Joe Root: 'I'd love to go and visit Pakistan'

The England captain has echoed coach Chris Silverwood's openness to a possible tour...

Sachin Tendulkar includes Imran Khan in his list of top...