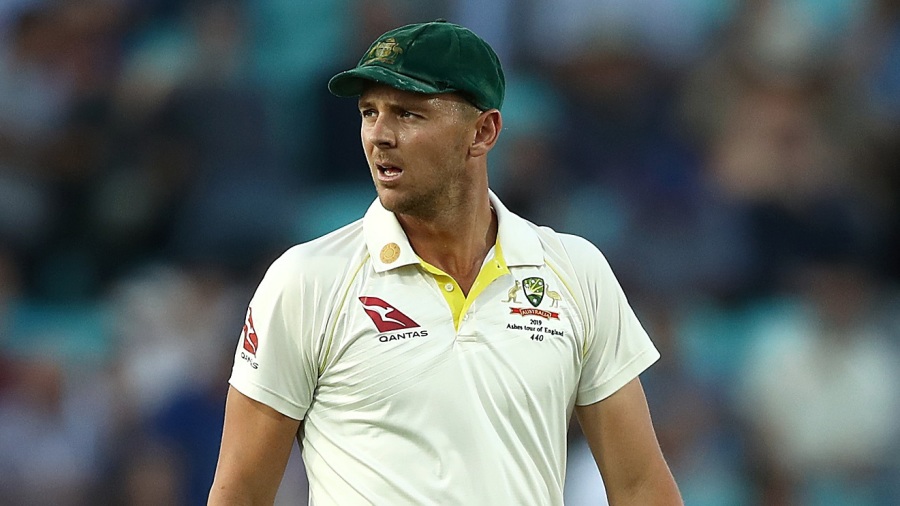 found his groove ahead of the Test summer with a first-class career-best 6 for 35 as New South Wales secured a hard-fought 96-run victory over South Australia to consolidate their position at the top of the Sheffield Shield table.

Chasing 298, and having started the final day one down, South Australia fell to 7 for 107 as Hazlewood, Trent Copeland and Nathan Lyon chipped away during the first half of the day.

However, an eighth-wicket stand of 94 in 18 overs between (77) and (47), who added good runs to his 13-wicket match haul, gave South Australia a glimmer of an unlikely fightback as they got the requirement into double figures. But Hazlewood settled New South Wales nerves with his fifth wicket and the final three fell for no runs in 14 balls.

It hadn't taken them long to make inroads to the chase in the morning, with Copeland removing nightwatchman Nick Winter and Hazlewood having Henry Hunt caught behind off a top-edged hook in the first half-hour.

Travis Head moved briskly to 29 on the back of his first-innings century but was then undone by Lyon as he edged a drive to slip where Copeland took a smart catch. After a 40-run stand between Cooper and Callum Ferguson, three wickets fell for 20 runs with Hazlewood and Copeland doing the damage.

Sayers chanced his arm as he and Cooper took the attack back to New South Wales but just as they threatened to make things interesting, Sayers top-edged a pull to deep square-leg where Matthew Gilkes held a well-judged catch.

In the next over, Copeland halted Cooper's excellent innings via an inside edge, leaving Hazlewood to end the match when he bowled Luke Robins for a duck to surpass his previous best of 6 for 50, which came in the 2014 Sheffield Shield final against Western Australia.

'We went out to contain in the second session' - Naseem...

The teenager explains what Pakistan did differently post-lunch in Rawalpindi to...

Dotted by spin, the problem Australia must solve fast

In the Nagpur ODI, the Australian batsmen played out 89 dots out of 168 balls delivered...

In the last WBBL, Duffin scored 544 runs for the Melbourne Renegades