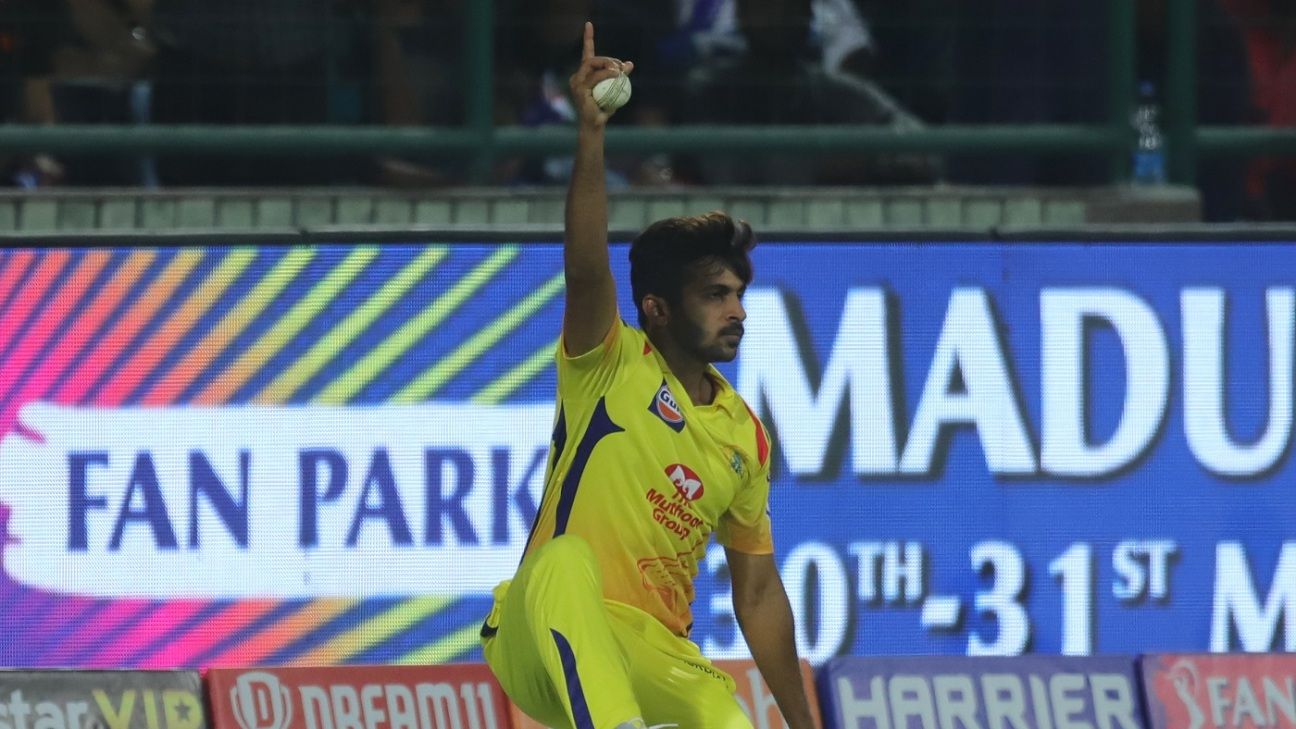 Picking players a bit long in the tooth has made trolls label Chennai Super Kings as the "dad's army" and "Chennai Senior Kings" since last year, but in IPL 2019, it has also played a part in their sloppy performance as a ground-fielding unit, admitted head coach .

Fleming's appraisal of "athletes who are a bit older" - over 30 - came in the wake of the defending champions' 37-run loss to Mumbai Indians at the Wankhede Stadium, where eight misfields and a dropped catch played an indisputable part in the hosts posting a competitive 170 for 5.

"We're never going to be great [as a fielding group]; we know that," Fleming said. "We can see that. It's one of the downsides of maybe having athletes who are a bit older. But we're okay with that.

"Usually our catching has been very good that we've worked on. Today, what I was disappointed with was a couple of things that we measure off the ball. I thought we were a little bit placid with the movement around the field. We have to be at our best. We'll address that. It's often a barometer to pressure."

By the end of the opening week, Super Kings had topped the charts for being the most efficient team at holding on to their catches. However, their ground-fielding record has not been that bright.

On Wednesday, their fielders cost the team 13 Luck Runs that helped Mumbai's cause. The beneficiaries? with six such runs, with five and Yuvraj Singh and Pollard, when the latter was dropped off a free-hit, with one each.

"We've just not been completely tuned into what's needed to be done," Fleming said. "We have to be at our absolute best if we have to compete in the field because we have limitations, but up until now we've been pretty good. For the majority of this innings we were good; we just made some clumsy errors, which we can tidy up. But we're not going to be one of the best fielding sides in the competition."

Another concern Super Kings have grappled this season is their choice of death-bowling personnel. On Wednesday, the quick-bowling trio of Mohit Sharma, Shardul Thakur and Dwayne Bravo conceded 67 runs in the last four overs. In a momentum-changing phase of play, the last two overs, bowled by Thakur and Bravo, yielded 45 for Mumbai.

Super Kings, however, don't have too many options to choose from. With pacers David Willey pulling out of the tournament due to personal reasons and Lungi Ngidi grounded by injury, New Zealand's landed in Chennai on Wednesday as Nigidi's replacement.

Asked whether the Super Kings think tank is open to considering using the pace-bowling services of batting allrounder , Fleming promptly ruled out the possibility: "Watson hasn't bowled for quite a while," he said. "He hasn't bowled in the Big Bash League through. He's pretty much playing for us as a specialist batsman. His body is such that it would be a risk to bowl him.

"We think he's valuable at the top. He was the top run-scorer in Pakistan [Super League]. I think he bowled only one over because he had to. So he hasn't bowled for some time. And we don't want to risk him through this tournament, especially when we've got six good bowling options anyway."

Ahead of Wednesday's clash, it seemed likely that a relatively straightforward change to the starting XI would be the re-inclusion of offspinner Mumbai given the number of left-hand batsmen in Mumbai's roster. While Super Kings dropped left-arm spinner Mitchell Santner and fielded only three overseas players, Harbhajan's omission stood out as somewhat ill-reasoned.

"We are really happy with what we have done [in picking the playing XI]," Fleming said, in response to whether picking Harbhajan in the XI would have been a wise move. "But there are tactics we're using against oppositions and we have won three out of four [matches]. We've been pretty much spot on.

"And today, we were spot on as well [in picking an extra pace bowler]. The spinners have had a small impact, but Imran Tahir was very good. I think it was a seam-based day today. Harbhajan is bowling beautifully. You would expect him to get back in conditions that suit [him], he'll be a key force. So we're very happy with the role he's playing."

The Week in Quotes

No time for negative people, Wasim hits back at critics

No time for negative people, Wasim hits back at critics

New Zealand have few selection concerns as they seek Test...

Patel helps Qalandars take the wind out of Gladiators sails

Patel helps Qalandars take the wind out of Gladiators sails