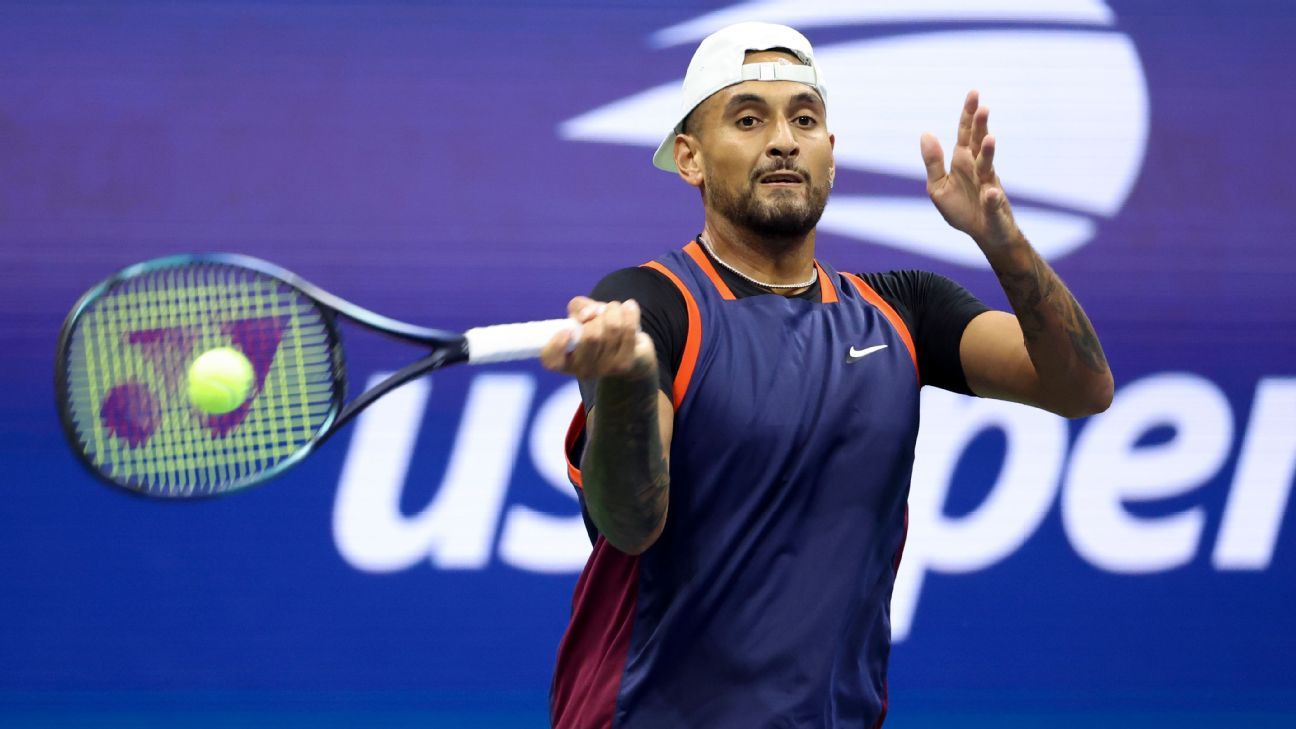 Australian tennis player is seeking to have his assault charge dismissed on mental health grounds, media reported on Tuesday.

Kyrgios is facing in relation to an incident in January 2021 which his barrister said involved a "domestic relationship".

The adjournment was granted by the court, the ABC said.

The case is expected to return to court in February.

Kyrgios is competing at the Japan Open in Tokyo and did not appear in court.

Australian media reported in July that the charge was related to a complaint made by a former girlfriend.

Kyrgios in February wrote on social media about battling depression and substance abuse around the time of the 2019 Australian Open, but said he had since turned his life around.

The 27-year-old was originally to appear in court in July but the case was adjourned to August and then pushed back another six weeks.

Iga Swiatek's US Open victory cements her status as the...

Nadeem Iqbal suspended from coaching by PCB over misconduct...

It is understood the charge is related to a claim of sexual harassment and is also...

Jerome Jayaratne has been appointed team manager, but there is no news yet as to...

Ben Stokes opted out of IPL auction because 'Test cricket...

"It wouldn't be fair on any team I signed up for if I wasn't totally focused," Stokes...

'Oshada reminded me of Mahela' - SL selector thrilled with...

Ashantha de Mel will have to figure out how to include them now that first-choice...

The tour was originally scheduled to begin in early May, but was postponed following...