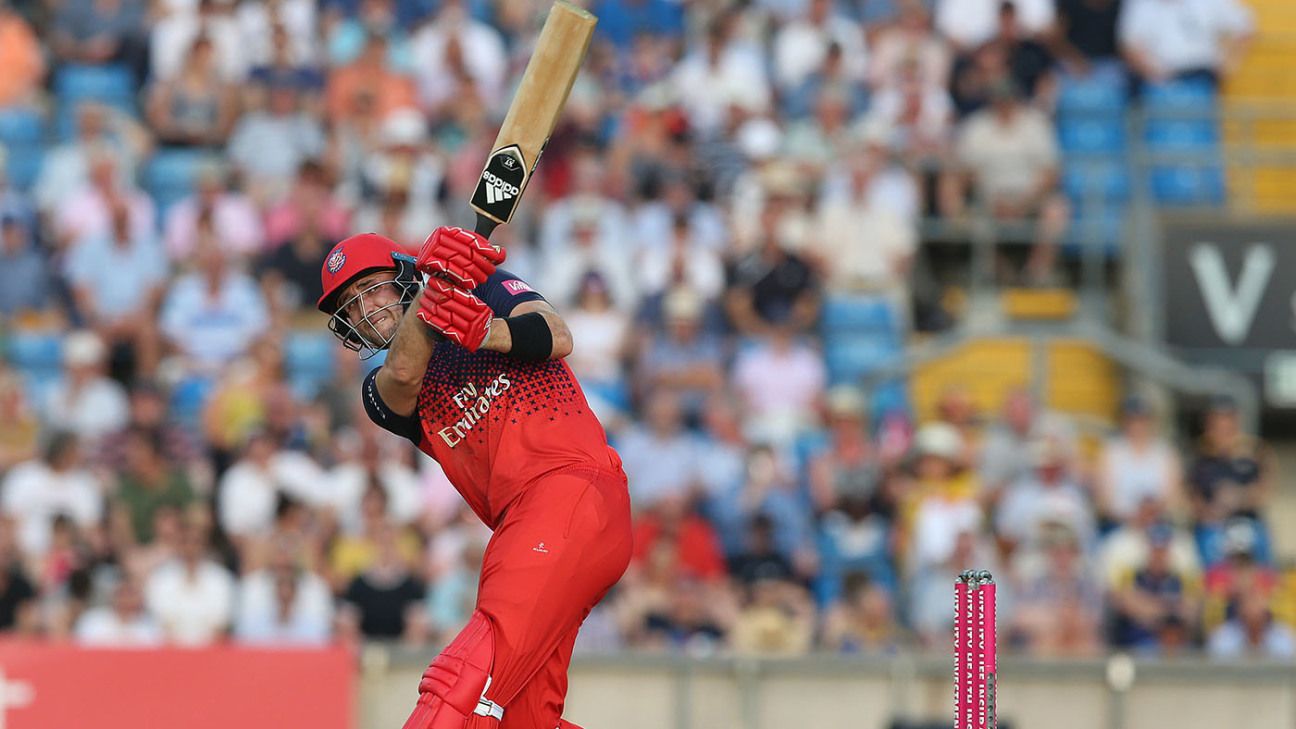 Lancashire have come to an agreement with Durham to host their Vitality Blast quarter-final at Chester-le-Street, due to a clash between the knockout stages and next week's Old Trafford Ashes Test.

Currently top of the North Group, Lancashire are guaranteed to finish in the top two spots and thereby gain the advantage of a home quarter-final. After exploring the possibility of using an outground, or even shifting the fixture to the following week, the club has come to arrangement with Durham, who are all but confirmed as outing the running for the last eight.

Lancashire's head coach, Glen Chapple, director of cricket, Paul Allott, and captain, Dane Vilas, were involved in discussions. Durham are set to make their groundstaff available to assist with pitch preparations - , but that may well assist Lancashire's spin attack. The club have won each of their last seven T20 visits to Durham.

"Once it became clear we could not host a quarter-final, the club, with the input of myself, Dane and Paul, assessed our options and decided this would be the best venue in order for us to attempt to reach another Finals Day," Chapple said.

"With both Emirates Old Trafford and Liverpool Cricket Club unavailable, the next best option is to play at a neutral northern ground that can provide some element of cricketing home advantage. We feel Emirates Riverside is the best place for that and thank Durham for making their ground available to use.

"Our recent Vitality Blast record at Durham is very good but that does not mean the team will be taking anything for granted. We will prepare as we would always would, and as with any knock-out fixture, expect it to be a tough game, and would appreciate the Members' and Lancashire fans' support."

The Blast quarter-finals are set to take place from September 4-7, with the exact dates and match-ups dependent on the culmination of the group stage later this week.

Lancashire's problems were exacerbated by the need for floodlights as part of TV coverage requirements, ruling out the use of Liverpool CC. Suggestions of moving the game to Monday, September 9 ran aground on the clash with a round of Championship games commencing the following day.

"The lads have worked extremely hard to get the team into the top two and though it is disappointing not to be at Emirates Old Trafford, we are determined to get to Finals Day again," Vilas said.

"We had a good win at Durham earlier in the competition and will go up there full of confidence, no matter who the opposition are."

Cameron Bancroft, Durham learning to sing while they're...

Hafeez marked his comeback at the age of 39 with an unbeaten 67 off 49 balls against...

Multan Sultans' co-owner Ali Tareen keen to invest in The...

Tennis - Borna kicked off the season from just outside the top-10 but couldnand#039;t...

Colin Munro has retained his place in a New Zealand squad where the majority of...