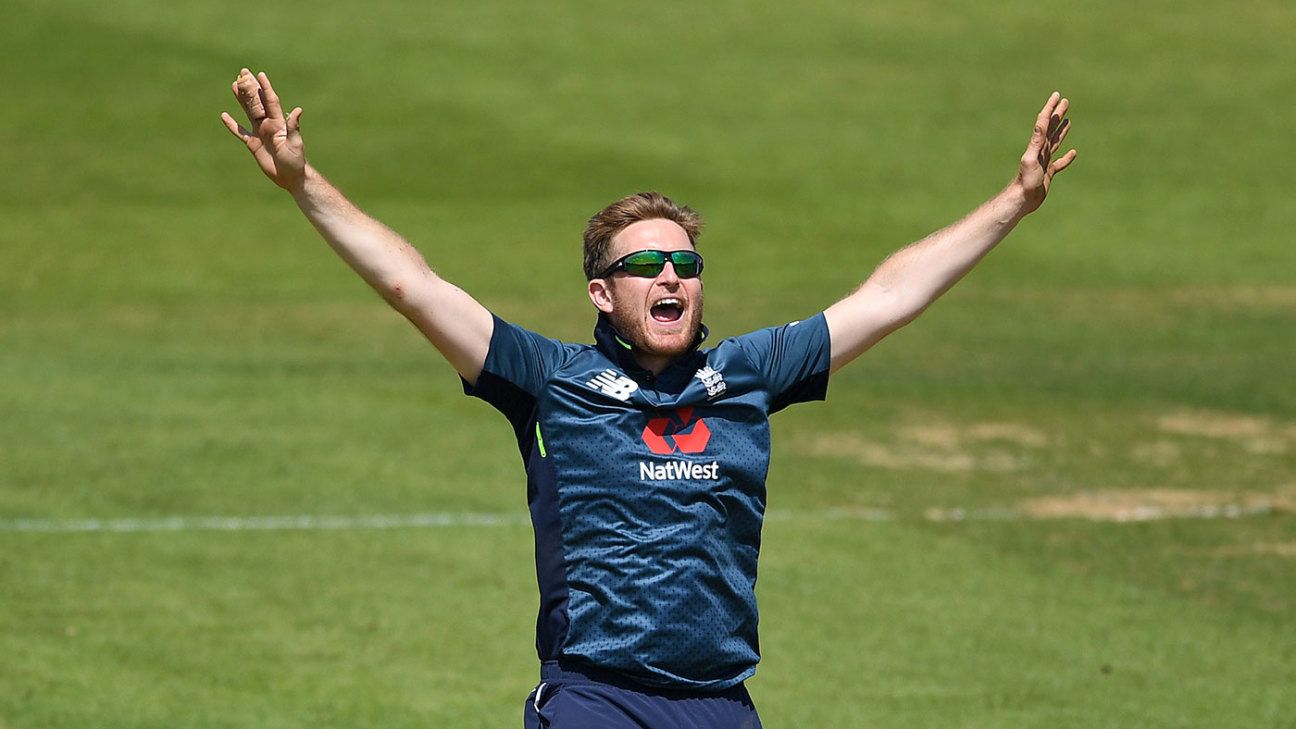 could yet replace in England's World Cup squad, according to coach Trevor Bayliss.

Dawson missed out on selection when England named a 17-man squad - including their provisional World Cup 15 - for the early international matches of the summer, but has continued to impress in county cricket. He made a List A century against Surrey last week and has conceded just 4.01 runs per over in claiming 17 wickets - only four men have more - in this year's Royal London Cup.

As a result, Bayliss says he could be called up to join the England squad before the end of the five-match Royal London ODI series against Pakistan, which begins at The Oval on Wednesday. Dawson has played just three ODIs.

That means Denly faces a couple of defining games over the next few days. With injured - he has the "slightest of slight" cracks in a rib having been struck while batting at the IPL, according to Bayliss - England have a perfect opportunity to test their bench strength. Denly is not only all but certain to play at The Oval, he will be given an extended bowl with a view to seeing how he fares. He has so far been unable to cement his place in the squad, with the first two balls of his only over on Sunday thumped for sixes.

While Bayliss was keen to stress that Denly is not just seen as the reserve spinner - he can also bat and field in a variety of positions - much the same could be said about Dawson. And while previous games have seen Denly limited to supporting opportunities - he bowled only five overs in Dublin and one in Cardiff - it seems likely he will be given an extended opportunity at The Oval with a view to coming to a conclusion about his ability to perform at the top level.

"Denly's is probably the other position that I'm sure we - the selectors - will discuss," Bayliss said ahead of the opening match of the ODI series against Pakistan. "He is not the only bowler to run in and bowl a couple half-volleys to start a spell. But we're going to try to give the guys at least two or three games in this series so I wouldn't necessarily put it all down on one game.

"But it is getting to the business end. So the performances of everyone will count.

"Someone like Dawson will certainly be in discussions. He's done well this year and he's done well for us in the past when he's been given an opportunity at this level. I'm sure he'll be discussed as well. I don't think it would be out of place for me to say the final World Cup 15 will come down to the 17 we have in this squad and Dawson. It's probably down to that 18."

The other issue the selectors have to decide is whether to include and, if they do, who he should replace. While it remains possible he could be included in place of Denly or Dawson, it is clear Bayliss believes that would leave a squad "over-stocked" with fast bowlers.

"It's not out of the question," Bayliss said. "But if we went that way, you might ask the question if we're over-stocked with fast bowlers. The answer, probably, would be yes.

"So that final fast bowling position is the big decision we have to make. If a fast bowler misses out - whoever it is - they are going to be bitterly disappointed. And it will be a difficult decision to make.

"Jofra looked fairly nervous in Ireland and I think that showed in his bowling. But he is very skilful, he has a bit of extra pace and he's fitted into the team in a short space of time very well. He can be a good player for England in the future, that's for sure. He's certainly in the mix."

Karunaratne back as captain, Dickwella recalled for West Indies ODIs

Roger Federer has often said that becoming the world no. 1 again is not his goal....