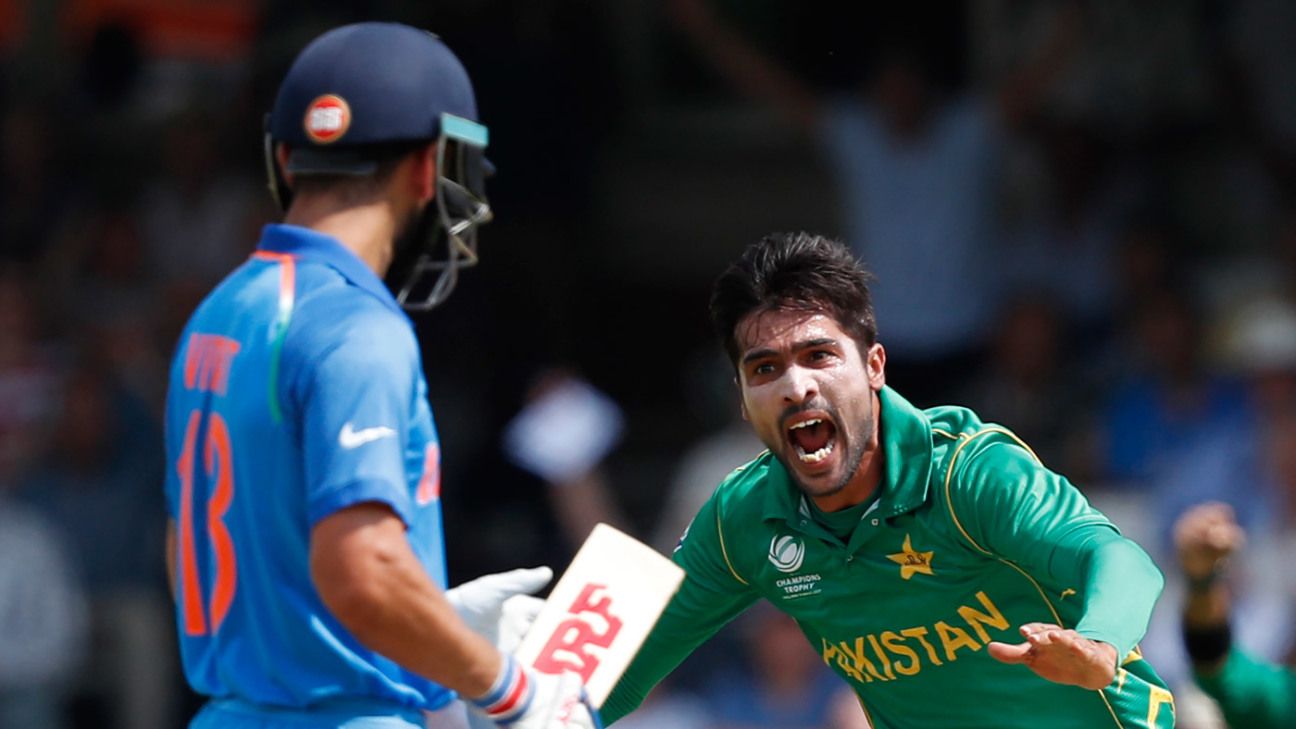 's last-ditch audition for a role in Pakistan's World Cup campaign could begin at the very ground where he was one of the architects of their memorable.

Amir was not picked in Pakistan's preliminary squad for the tournament but has been included in the 17-man squad for this England series, which begins tomorrow at The Oval. If he does start, it will be with the understanding that performances here could squeeze him into the final World Cup 15.

So far on this tour Amir has appeared in just one of the four games Pakistan have played - a warm-up 50-over game against Northamptonshire in which he picked up 1 for 45.

But it is understood that he will be part of Pakistan's match-day 12 and depending on what the weather and surface look like in the morning stands a good chance to start.

If he does make it into the squad, it will hold some extra personal significance for Amir, being his first World Cup. He missed the 2011 and 2015 tournaments because of his five-year ban for spot-fixing.

The word around Amir's non-inclusion is that it is the kick he has long needed to put things right in the 50-over game. But given how lean a drought he has endured since that Champions Trophy final, he will still need to show some solid wicket-taking form to get back in.

In the 14 ODIs since the final, he's taken just five wickets, going wicketless in an innings as many as nine times. It's been a strange run in which, though he's rarely looked like taking a wicket, he's also not looked awful. His economy rate in that period is 4.58, though if you take out games against Zimbabwe and Hong Kong that goes up to 5.28.

But Pakistan already have two left-arm pacemen in the World Cup squad; the emerging, against whose dazzling and swift rise Amir's own form has paled; and, an exact contemporary of Amir's through their earliest years, who without ever attracting the same attention has picked up far more wickets since the Champions Trophy.

The arrival of has also made it harder for Amir. Hasnain has the one thing Pakistan's squad has missed: genuine pace. It is something that Mickey Arthur in particular is very excited about, enough to overlook his extreme rawness. Hasnain has only played four List A games in his career, of which three were ODIs.

If Amir were to perform in these ODIs, however, Hasnain or to a lesser degree Junaid might be most at risk of losing a spot.

There was a conspiracy to remove Javed Miandad from the...

It was crazy: Kevin Pietersen on facing ‘frightening’ Shoaib...

It was crazy: Kevin Pietersen on facing ‘frightening’ Shoaib Akhtar

They were the last team to join the tournament, but their victory against WI is...

Zalmi in need of victory against Kings

Zalmi in need of victory against Kings

Alexander Zverev: 'Rafael Nadal gives the most energy at...

Alexander Zverev praised Rafael Nadal for supporting him and the whole Team Europe...

Sultans down Zalmi after low-scoring affair

Sultans down Zalmi after low-scoring affair