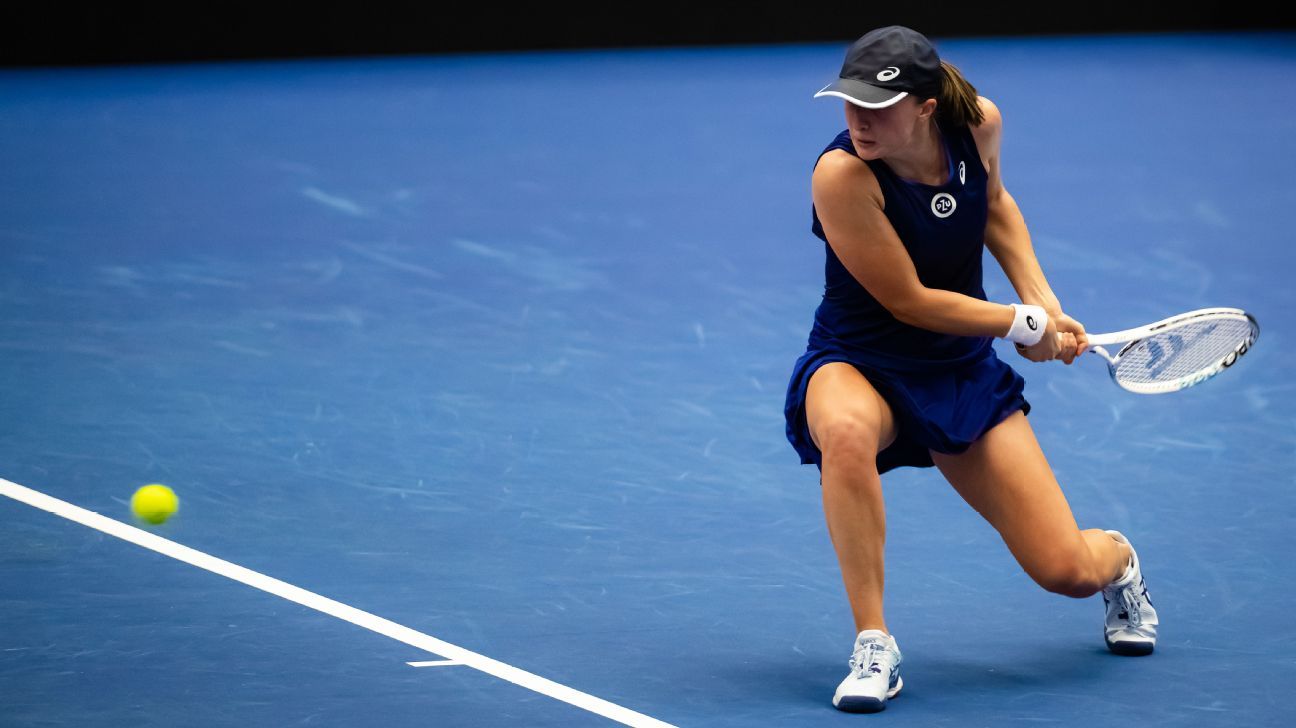 OSTRAVA, Czech Republic -- Top-ranked advanced to the quarterfinals of the Agel Open after retired with an injury during the second set of their second-round match on Wednesday.

The Polish US Open champion was leading 7-5, 2-2 when her Australian opponent retired due to a left knee injury at the indoor hardcourt event in the eastern Czech city of Ostrava.

Swiatek, who also won the French Open in June, will next face American qualifier or .

Muchova knocked out seventh-seeded of Brazil 6-4, 6-4 and ousted American 6-2, 6-2 for her sixth straight victory after she won the Tallinn Open on Sunday for her first WTA title of the year.

Ever since New York: Emma Raducanu's rocky road after hoisting...

Expert picks: Who will win the 2022 US Open titles?

The former Pakistan allrounder has questioned the delay in sending the fast bowler...

Possible that we have been exemplified for quitting Test cricket: Wahab Riaz

Maroof: We need to work on forming partnerships and rotating...

Both experts on ESPNcricinfo's T20 Time Out also felt that Pakistan's bowlers erred...

Never worked with an ‘aggressive’ coach like Dean Jones:...