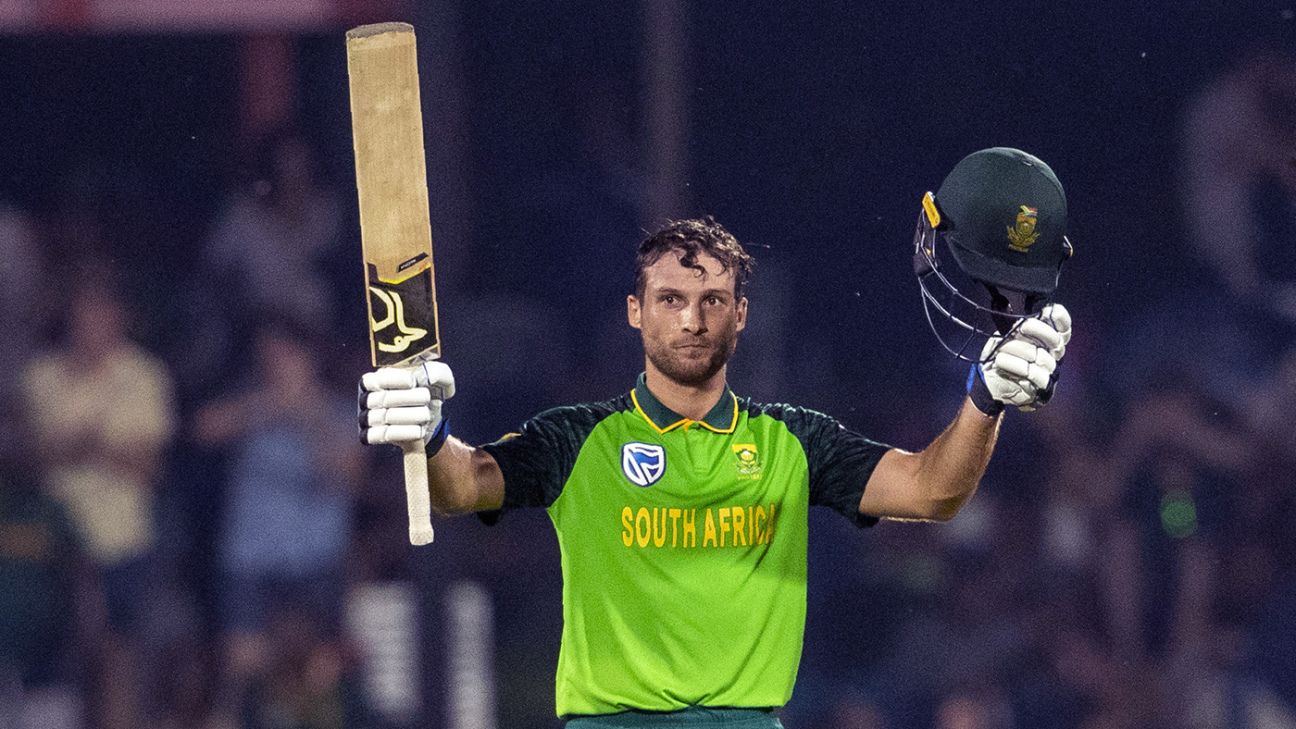 Two matches, two high-octane finishes, with two centuries from two players who needed big numbers to their names, and one that will keep us talking long after the dust settles on Wednesday. With honours even, the third match is a finale in the truest sense and will decide who earns a series win.

For South Africa, this is the chance to claim a third trophy in nine series under coach Mark Boucher, and a second this summer. For Pakistan, it's the opportunity to win a series against a top-seven ODI team for the first time since 2013 when they beat South Africa at home. Both teams could also use World Cup Super League points, but South Africa will have to try to get them without almost half of their first-choice team.

Five key players - Quinton de Kock, David Miller, Anrich Nortje, Kagiso Rabada and Lungi Ngidi - have left the squad for the IPL which means a complete change to the pace pack and the absence of the chief protagonist in the controversy. de Kock will not be around to take in the conversation around whether his gesturing to the non-striker's end when Fakhar Zaman was run out at his ends amounted to wilful deceit. Both Zaman and the match officials didn't think so and to them, at least, the matter is closed. So is the question of whether Pakistan would have successfully chased 342. They didn't get there but showed enough fight and will fancy their chances against a less-experienced South African attack in the decider.

With the three main quicks gone, South Africa will lose out on the combined experience of 114 ODI caps. The replacements, likely to be , and one of Beuran Hendricks or Junior Dala have a total of 14 caps between them, so Pakistan could see that as a potential area to exploit.

This was never expected to be a series for spinners with only one wicket between and Shadab Khan and with the latter , it's the former that's under our microscope. Shamsi in defence of de Kock and got into a few Twitter tangles, but those are not kinds of webs he'll want to be weaving. Shamsi has been South Africa's second-most expensive bowler so far and will want to show he can play a holding role if required. Otherwise, Shamsi will know that Keshav Maharaj, who enjoyed strong domestic returns over the past two summers, is an alternative South Africa may want to consider in more seamer-friendly conditions.

With Nortje away at the IPL, has the opportunity to finish as the series' leading wicket-taker. He currently has five to his name, two behind Nortje's seven, and has made breakthroughs at crucial times. In the first ODI, Rauf got rid of David Miller immediately after he reached fifty; in the second, he accounted for both de Kock and Temba Bavuma as they went in search of boundaries. Thought Rauf has been more expensive than he might like - both he and Mohammad Hasnain have conceded at 6.3 runs an over - he has taken a wicket every four overs, while Hasnain only has one in every ten. After four ODIs, Rauf looks like a player who could create a regular spot for himself in Pakistan's XI.

South Africa will have to make five changes to their XI - two in the top six and the entire pace pack - following the departure of players to the IPL. That will mean a new opening partner for Aiden Markram with getting an opportunity after many considered him unlucky to miss out in the first place. will replace David Miller with Heinrich Klaasen likely to remain at No. 6 and take over the wicketkeeping duties. South Africa's big conundrum is how to make up for the absence of Rabada, Ngidi and Nortje. Sipamla and Dupavillon are expected to slot in and a decision is to be made between left-armer Hendricks and a second spinner in Maharaj.

Pakistan have one enforced change after Khan was ruled out of the tour with a toe injury. Usman Qadir will step into his place. They may also make a change to their No. 6 position, with Asif Ali's scores of 19 and 2 necessitating a switch. could earn his third ODI cap. , who was declared fit ahead of the series but has yet to play a game, could also be called on, likely in place of Hasnain.

The series moves back to Centurion where the early morning conditions offered something for the quicks and batting eased out later in the day. The slightly cooler and wetter weather may narrow that gap, with rain expected overnight and at some point on the game day. The temperature will hove in the upper and mid-20s as the season changes.

It's a massive loss but in saying that, it's an opportunity for the guys that are on the fringes. In 2023, we are going to play a World Cup. We want to see if our big names get injured, that we've got someone who can step up.
Charl Langeveldt chooses to see the silver lining after the loss of five first-choice players