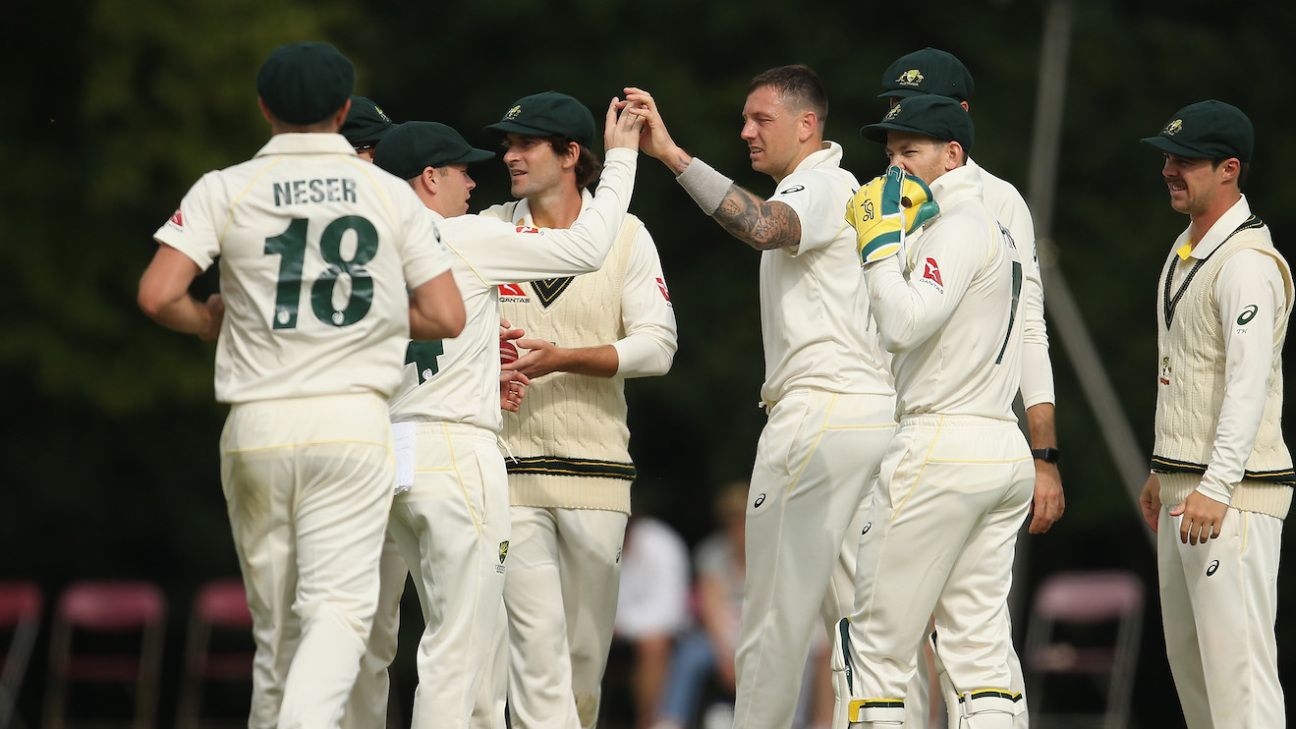 made an early impression with the red ball for Australia A ahead of a likely Ashes call-up as he bagged three wickets on a truncated opening day against Sussex.

Rain and bad light prevented play until mid-afternoon and only 33 overs were possible with Sussex initially making a strong start as they reached 69 without loss in the 14th over before Australia started finding regular breakthroughs.

Pattinson, who has been playing for Nottinghamshire ahead of the Australia A tour and is in line for his first Test action in more than three years after a string of injuries, finished with 3 for 38 in an encouraging display for Test captain Tim Paine who was behind the stumps.

The opening wicket of the day went to Jackson Bird, another with a good chance of making the Ashes squad, when he had Phil Salt - who was called into the England T20 squad earlier this season - taken at mid-off for a brisk 37 off 44 balls.

Then Pattinson got into his work by trapping Varun Chopra lbw and bowling Sussex captain Luke Wells before having Aneesh Kapil caught at third slip in the penultimate over of day.

The other wicket, that of Laurie Evans, went to Michael Neser who was a late inclusion in the XI along with Joe Burns following the to the World Cup squad.

Australia A play three four-day games during this leg of their tour with a match against England Lions followed by the inter-squad selection showdown with an Australia XI in Southampton, immediately after which the Test squad will be named.

The Ashes starts at Edgbaston on August 1 and there may now need to be extra batting cover following the hamstring injury to Usman Khawaja which could take up a month to heal.

Joe Denly's big audition: The pros and cons of handing...

Roger Federer speaks about what makes the Argentinean people...

John McEnroe: 'Bjorn Borg was almost a god, like Roger...

Daniil Medvedev shares how many drug tests he goes through

In an interview to Ubitennis Daniil Medvedev spoke about the Russian athletes being...