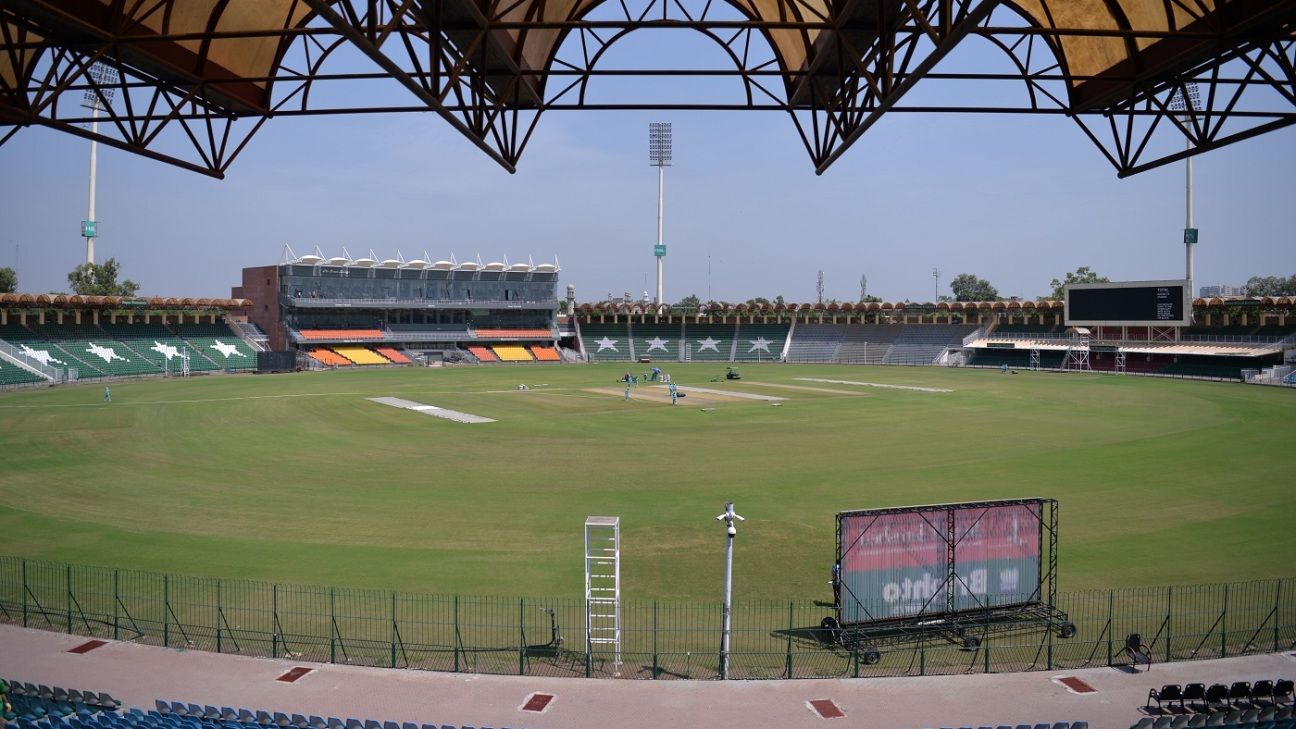 The three Pakistan Super League 2019 matches scheduled to be held in Lahore have been moved to Karachi following the recent political and military tensions between Pakistan and India, which had resulted in much of Pakistan's airspace to be closed.

In the last four days, more than 400 flights have been affected. Lahore - bordering India from the north - had had its flight operations suspended initially; there has been partial resumption since Sunday morning. Pakistan's Dawn newspaper has reported that flight operations in Lahore are expected to resume completely by March 8 at 11:59pm (GMT). Operations in Karachi, however, had resumed on March 1 with all international flights operating normally.

Logistical arrangements from the point of view of the production team were also a reason for the swap - keeping the Pakistan leg of the competition confined to one city was a more attractive option. Trans-Blitz Group, after IMG-Reliance pulled out, had comprised largely of the same staff as the previous producers, including Indian nationals working as freelancers based in the UAE. There is still uncertainty over who among them will travel to Pakistan in the event that visa problems prevent or hinder Indian nationals from travelling to Pakistan.

"This has been a difficult and tough decision, which has been taken following discussion and consultation with all the franchisees and service providers to ensure certainty and clarity on the event as well as delivery of the remaining matches as per the PCB's own very high standards," Ehsan Mani, the PCB chairman, said in a statement.

"Due to the recent and prevailing uncertainty, we felt it critical to make a decisive decision at this juncture. Ensuring all matches are played in Pakistan falls in line with our vision to take all eight matches of the HBL PSL 2019 matches to the people of Pakistan. We had considered the option of shifting the dates of the eight matches in Pakistan, but because the Pakistan cricket team has to leave for the UAE on 19 March for the ODI series against Australia, this was not possible. We also looked at swapping matches between Lahore and Karachi, but paucity of time would have rendered this option unworkable.

"It is unfortunate that the headquarters of Pakistan cricket will be unable to host the PSL matches in 2019 due to no fault of the PCB, but this is a small sacrifice for a bigger and larger national cause."

Over the last few days, India and Pakistan have exchanged hostilities, which even led to the BCCI writing to the ICC requesting that Pakistan be kept out of the World Cup in England later this year, a request the ICC last week.

The military tensions at the border had cast doubts over the PSL's Pakistan leg altogether. The UAE leg of the tournament is set to finish on March 5, after which the action will shift to Pakistan on March 9 - not March 7 as originally planned - with Lahore and Karachi originally slated to host three and five games respectively. Now, the entire Pakistan leg will take place at National Stadium in Karachi.

Keeping in mind the uncertainty, Mani had earlier this week called a press conference in Dubai with bosses of most of the PSL franchises the board's commitment to hosting the last few matches of the PSL in Pakistan.

A few of the overseas players are understood to have raised concerns over growing tensions in Pakistan, but all franchises have said they have the consent of their players. ESPNcricinfo understands that Quetta Gladiators opener Shane Watson didn't make a commitment to go to Pakistan from the very beginning. Karachi Kings' Aaron Summers, another Australian player, is most likely to travel, while one of the biggest names in the tournament, former South Africa batsman AB de Villiers, had made a commitment to play in two matches in Lahore.

"We have spoken with the franchisees, who have backed this decision and have reinforced that all their foreign players will feature in the last eight matches of what has been an outstanding and highly competitive tournament that has been thoroughly enjoyed by the fans and the players," Mani said.

"The PCB appreciates and applauds the support of the franchisees as well as the players, who understand that the evolving situation has forced us to make these amendments to the event schedule."

The PCB has confirmed that everyone who has purchased tickets for the Lahore games will be refunded.

Chance for fringe players to impress in Dubai dead rubbers

Tennis: Schwartzman is considered one of the better returners on the Tour.

Naomi Osaka reacts to being named as the most marketable...

I am loving my visit to Pakistan, says first-timer Pollard