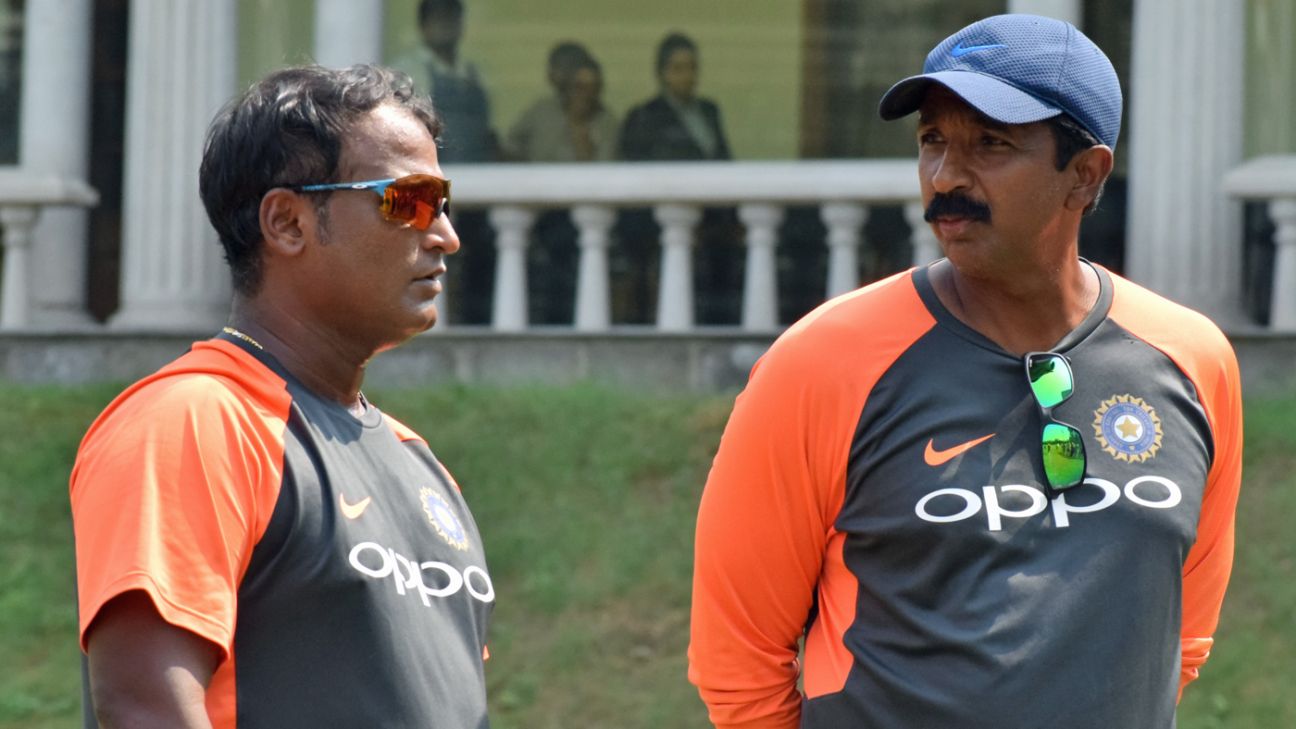 For the time being, ESPNcricinfo understands, Powar's appointment with the 'A' team is only for the upcoming series against the , who will play two four-day matches and a series of one-day games from August 29 to September 20.

Powar, 41, played two Test matches and 31 ODIs during a career that spanned a decade and a half, and then turned to coaching, landing the India women's job in an interim capacity following the resignation of Tushar Arothe. Powar's contract was subsequently till the end of the women's World T20 later that year. He did not , however, as a much-publicised fallout with Mithali Raj led to his ouster.

Mithali, who was left out of the XI for India's semi-final encounter at the World T20, which they lost, returned home and wrote a letter to the BCCI accusing Powar of trying to . Powar then responded by saying that Mithali had if she wasn't allowed to open the batting.

Following the rather ugly sequence of events, the BCCI put out an advertisement inviting applications for the job, even as Harmanpreet Kaur and Smriti Mandhana to the BCCI requesting that Powar continue in the job. That, however, didn't happen, and WV Raman has since been in charge of the women's team.

UEFA to fast-track competitions in one venue’

UEFA to fast-track competitions in one venue’

Tennis: Schwartzman is considered one of the better returners on the Tour.

Koroki: I want to become a history-maker

Australia's Justin Langer reveals how he almost retired in 2001

Roger Federer stops the clock as the oldest player who...

Tennis - At the age of 38 years and three months, the Swiss moves ahead of Ivo Karlovic...