Sarfaraz wants to 'bat four or five', and that can only help Pakistan 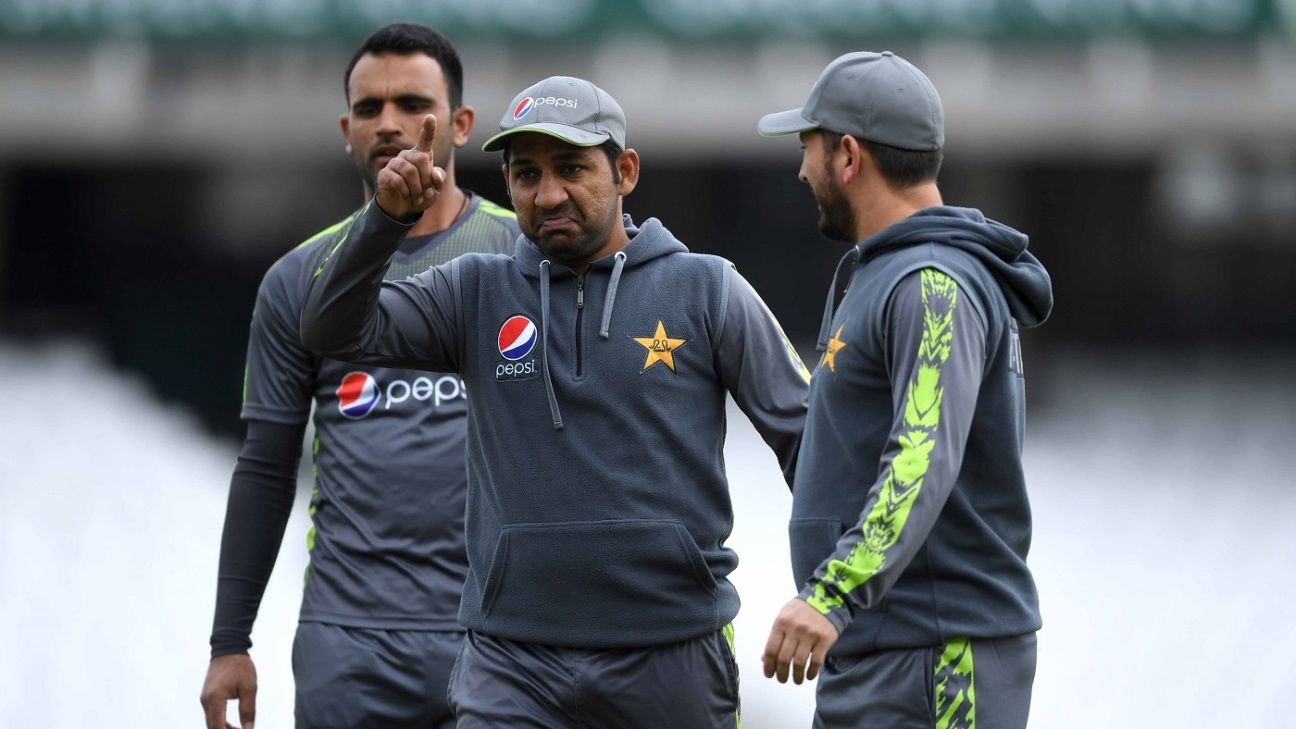 There was a time before he became captain when it mattered where batted.

In the run-up to the last World Cup, it seemed like opening might be a good idea. As opener, he made 34, 65 and 32 in a three-game series against Australia not long before the tournament, but was then shunted down to seven and eight for five ODIs against New Zealand right after it.

Then at the World Cup, he didn't play Pakistan's initial games. When they did pick him, they made him open (against South Africa's attack by the way, on a great surface for all kinds of fast bowling). He made 49 and an unbeaten 101 in his first two goes as opener, but then four bats later he was moved down again.

That innings was also the last he played before taking on the captaincy, so it's not as if he's been forced by others to not bat five. But such, presumably, is the overwhelming nature of the role that his batting, and where he bats, has become, well, somehow less important.

So the fact that he has batted at five and four in Pakistan's two 50-over warm-up games on this tour so far is significant, if only because it brings his batting finally back into focus. And that is where he plans to stay.

"My aim is in England to bat four or five, throughout the World Cup," Sarfaraz said ahead of their first ODI against England at The Oval. "We've come to a World Cup, it's a long tournament so it's good to have a stable and set batting order in which everyone knows where they are batting.

"We will obviously be flexible so that when there are fewer overs left we might switch around if we need somebody as a hitter and look at sending Imad [Wasim] or Asif [Ali]."

Ordinarily, this would be a good thing. Sarfaraz is not a power-hitter but he is the right side of restless in the middle overs, one of the few who weaponises running, and is innovative enough (bring back that sweep off the fast bowler). Of all the positions he's batted in, five is, by some distance, his most productive: averaging over 50 and a strike rate of 92.

And not that it's been planned that way, but his sample sizes across the main positions he has played in - opening and then four to seven - are actually similar: ten innings as opener, nine at four, ten at five, 20 at six and 12 at seven. So his record at five really makes it a no-brainer.

The only problem now is the strike rates of Pakistan's batting above him. Fakhar Zaman is fine, but Imam-ul-Haq (80.23), Babar Azam (84.03 at three) and Haris Sohail (85.08 at four) means that Pakistan could really do with plenty more explosiveness before Sarfaraz arrives. Mohammad Hafeez and his very similar strike rate has also to be factored in once he returns from injury (which is soon).

The batting has, as Sarfaraz said, become more modern than it was in 2016, but not maybe by a whole lot. "One of the issues then was that our strike rotation was poor and we've worked on that," he said. "Our strike rate was low generally but if you look at Fakhar, he goes at 90-95. Babar plays long innings but when he finishes he is near 85-90. So things are better - it's been a few years since that series and we've been preparing this side for the last 18 months."

What they really, desperately, want is for Asif to bolt into their squad for the World Cup. He is about the only man in or around the squad with the kind of power to really propel the second half of an ODI innings - in theory. If it hasn't turned out that way in practice it is because opportunities have remained limited. Even then, Pakistan aren't the kind of side that can easily overlook a strike rate of 130 in eight ODI innings and a career List A one of 109.

He has, however, at best, two games to make a case. Shoaib Malik returns from his leave most likely in time for the second or third ODI and he is, for reasons that aren't always obvious, among the first names in any Pakistan XI.

Still, unlike any side other than England, Pakistan have this incredible opportunity to fine-tune their first-choice XI in precisely the conditions they will be playing the World Cup in.

"It is definitely a big advantage for us, playing five top-quality ODIs before the World Cup," Sarfaraz said. "We're all focusing on the World Cup. But our first target is this ODI series. If we can take some confidence from this series, it will definitely help us in this World Cup."

Dean Jones reveals reason for not bowling Umer Khan against...

'Every squad member should expect to play a World Cup role'...

Medvedev: 'Many famous people congratulated me after loss...

Zalmi paid for a conservative approach through the early and middle parts of their...

Was frustrated on learning I had hepatitis - Shadab Khan

Mohammad Amir ranks Naseem Shah ahead of other Pakistan...

De Boer: Dutch can be world champions in 2022