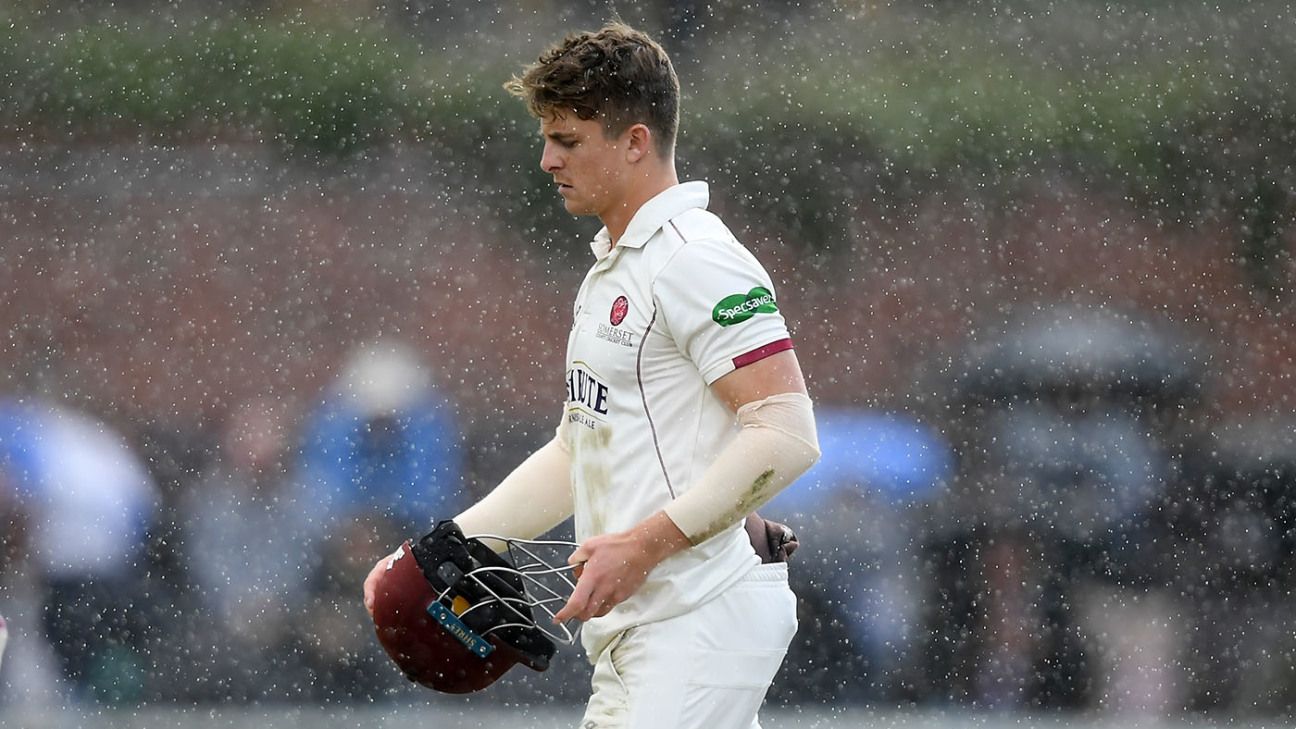 Somerset will start the 2020 County Championship season on minus-12 points after a disciplinary panel ruled that the pitch prepared for their at Taunton was 'poor'.

In a rain-affected game that Somerset had to win in order to overtake Essex, 21 wickets fell in 148 overs, of which 17 were to spin. A Cricket Discipline Committee (CDC) panel ruled that the pitch demonstrated "excessive unevenness of bounce" after meeting at Lord's on Monday, thus giving it a 'poor' rating under the ECB's pitch regulations.

Somerset accepted the charge that the pitch was correctly rated poor, but denied that it was not the best-quality pitch they could have prepared. The panel struck down their objection, thus handing the club a 24-point deduction, though 12 of those have been suspended.

Somerset have two weeks to appeal the decision. A club statement said that they would "await the full report from the Cricket Disciplinary Commission before considering our next course of action".

The club have pushed the bounds of the ECB's regulations in recent seasons. In 2018, they escaped a penalty for their surface in a Championship match against Lancashire, which finished in two days and was found to have "demonstrated excessive turn". But while the CDC did not penalise Somerset, they did warn that "the club should expect any proven breach of ECB's pitch regulations in future to result in a points deduction".

Somerset recently appointed a new groundsman, following the departure of Simon Lee - whose final game in the role was the Essex fixture - to the Ageas Bowl. Coincidentally, they have appointed Scott Hawkins, who was deputy head groundsman at Chelmsford for several years, and more recently worked at La Manga in Spain.

While Lee's pitches came in for criticism from some quarters - Angus Fraser, Middlesex's director of cricket, claimed the surface for was "doctored" and "a disgrace" - the club's hierarchy thought highly of his ability to prepare a pitch to their specifications.

Essex registered their frustrations with the pitch at the time. Head coach Anthony McGrath said the track had "turned from ball one and some deliveries have gone through the surface", while captain said he had "been stressing the severity of how bad that pitch is... they've really taken a risk here by producing this wicket, but I'm sure we would have done as well."

The decision raises the question as to what might have happened if Somerset had won the deciding game. They would have overtaken Essex, but not by more than 12 points, thus leaving open the possibility that the destination of the Championship would have been decided in a committee room at Lord's, rather than on the field.

It also confirms that Somerset's off-field position is far from ideal going into 2020: they are currently without a chairman, a chief executive and a chief operating officer, though there have been recent contract extensions for and captain .

Pakistan left with 'lots of questions to answer' - Misbah-ul-Haq

Chris Jordan has no regrets over staying on for PSL amid...

Man of the Tournament Trophy

Man of the Tournament Trophy

Daniil Medvedev was asked which players inspired him to get to the top of tennis...

Jaume Munar disagrees with Rafael Nadal on one thing

Rafael Nadal often said that not being allowed to call on-court coaching in a mid...