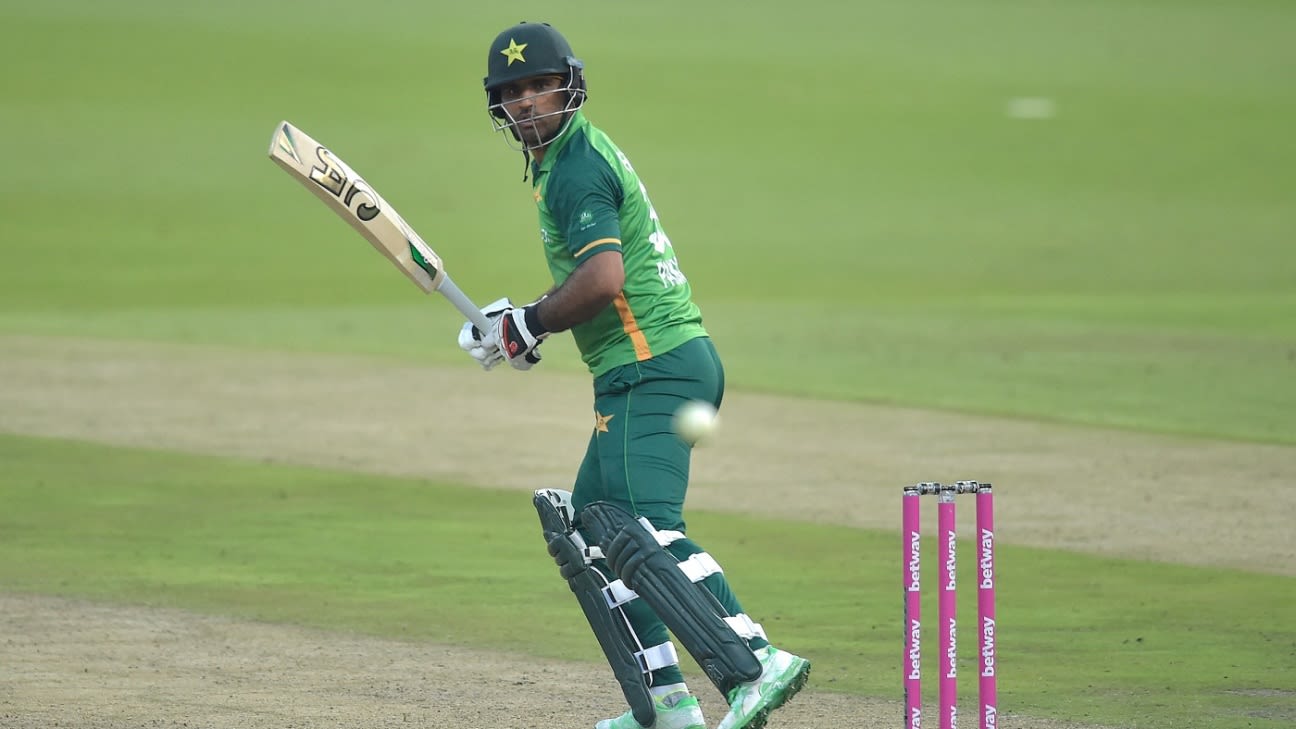 South Africa have seven different faces in their side, five necessitated by players leaving for the IPL

South Africa have seven different faces in their side - five necessitated by players leaving for the IPL, one though injury and one a decision made on form - as they opted to bowl in the series decider.

For the hosts, Janneman Malan will partner Aiden Markram at the top of the order with Kyle Verreynne coming in for David Miller at No. 5. Jon-Jon Smuts is the other change in the top six after was ruled out on the morning of the match with a quad injury. Heinrich Klaasen will keep wickets in Quinton de Kock's absence.

South Africa's bowling attack wears a new look in the absence of Kagiso Rabada, Anrich Nortje and Lungi Ngidi - all at the IPL - with Beuran Hendricks, Daryn Dupavillon and Lutho Sipamla replacing the trio. Keshav Maharaj is in the XI in place of Tabraiz Shamsi, who has been left out after two expensive performances.

Pakistan have made four changes. Shadab Khan is out with a toe injury and Usman Qadir makes his ODI debut. In their top six, Pakistan have opted for more experience for this match, with Sarfaraz Ahmed replacing Danish Aziz, who made his debut in the first ODI. Mohammed Nawaz has been brought in for Asif Ali while Hasan Ali replaces Mohammad Hasnain.

Tender processes launched in Australia and New Zealand for media rights to FIFA...