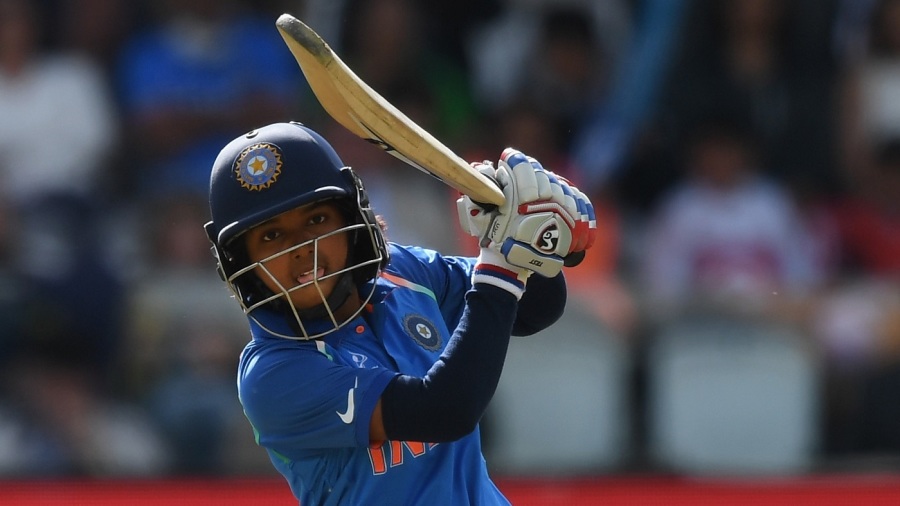 led a competent Indian batting show, with and playing excellent supporting roles, before the Indian spinners got into the act to hand West Indies women a 53-run defeat and bring the three-ODI series back on level terms in North Sound.

The first game of the series had been a thriller, before Anisa Mohammed performed the star turn to give the home team a one-run win. The Indians needed to hit the ground running this time, and though they lost openers Jemimah Rodrigues and Priya Punia with just 17 runs on the board, Raut and Raj steadied the innings well after that.

The going was slow. When the two had come together at the end of the ninth over, not a single ball had gone to the ropes, and it took Raj to get there off the third ball she faced, sending Shabika Gajnabi for four. She followed it up with one more, off , but even as she settled in well, Raut seemed content playing the patience game, knocking the ball around for ones and twos and scoring her runs with a strike rate in the 30s.

Raj comfortably outscored Raut in their 66-run stand and half the innings had gone before Raut finally found the boundary off the 70th delivery she faced. But Raj fell almost immediately after for a 67-ball 40, to Sheneta Grimmond.

The complexion of the game, however, changed after that as Kaur walked in with more intent than the ones before her, and her 93-run stand for the fourth wicket with Raut was a quick one in the circumstances, coming in just under 18 overs. Kaur hit 46 off 52 balls, with four fours, and Raut also stepped it up in Kaur's company, bringing up her half-century and hitting three more fours, including two in one Stacy-Ann King over - the 46th of the innings - before they were both dismissed within six balls. Kaur was bowled by Alleyne while Raut was caught by Alleyne off .

By then, though, India had reached 178, and small contributions from Taniya Bhatia and took them to 191 for 6, which didn't seem like too many but proved much more than enough in the end.

That was because, much like the West Indians, the Indian bowlers too choked the batsmen, preventing the scoring rate to ever become a concern. Shikha Pandey accounted for King early on, and the chase stuttered further when had to be stretchered off after going down clutching her hamstring while taking a run.

The scoreboard read 33 for 1 (McLean didn't return to bat), and though and Stafanie Taylor revived the chase with a 45-run stand after that, once the spinners got into the act, only one team was going to win.

Taylor, who had hit a match-winning 94 in the first game, made 20 off 31 balls, but then became 's first victim. Yadav got her second not long after, sending back Chedean Nation. Then, Sharma got Kyshona Knight caught behind by Bhatia, and had Grimmond stumped by the wicketkeeper. Campbelle also couldn't carry on, her vigil ending after 90 balls in the middle when Gayakwad had her caught by Raut for 39, and though Alleyne (16 off 43 balls) and Fletcher (14 off 18) did their bit, it wasn't enough.

The third and final game of the series, a part of the Women's Championship, will be played on Wednesday at the same venue.

This match could come down to leadership in tough situations, and that puts the...

ENG v NZ Extra Cover Behind The Scenes Access At The Final...

Virat Kohli stresses on intensity and clarity in New Zealand

The ODI series win against Australia means the team will hit the road on a happy...

2015 drawn Test against Pakistan was the best of my career:...

2015 drawn Test against Pakistan was the best of my career: Tamim

Chris Jordan has no regrets over staying on for PSL amid...