T20 World Cup final: England vs Pakistan to be shown on Channel 4 in UK 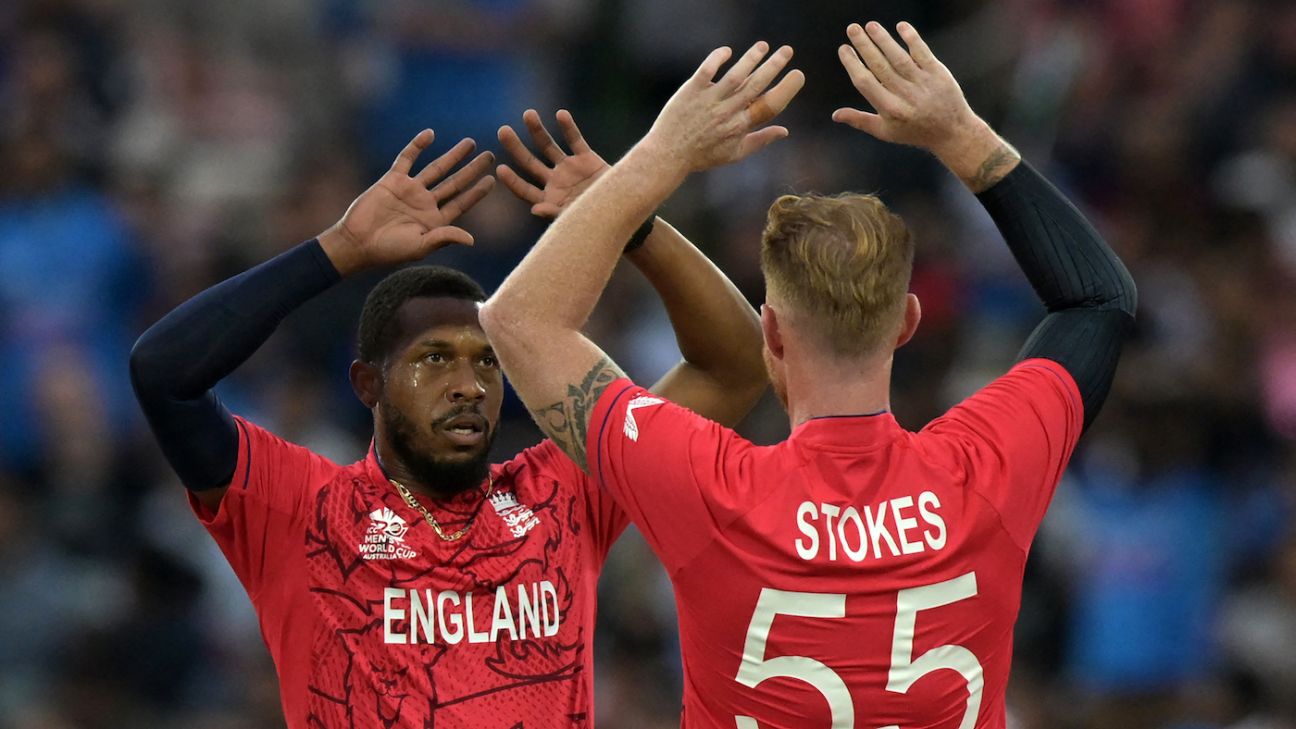 The T20 World Cup final between England and Pakistan will be broadcast on free-to-air television in the UK and Ireland.

While Sky Sports are exclusive UK rights holders to the tournament, it was announced on Thursday* that an agreement had been reached to share Sunday's showpiece event at the MCG with Channel 4, as they did in 2019 for the 50-over World Cup final.

The deal had been struck in principle before , which Jos Buttler's team won comfortably by 10 wickets. Sky will also show the final free on their Showcase channel, and were willing to partner with Channel 4 again after the success of three years ago, when England beat New Zealand in a nailbiter at Lord's to win their first men's 50-over title - .

"We'd be immensely happy with that," Buttler said in his post-match press conference in Adelaide. "That would be fantastic for the game in our country, as many eyes as we can get on that final would be great. That'd be brilliant if that happens. It's important that we always look to grow our game and showcase cricket to the next generation especially, so we'd really welcome that if that was possible."

Channel 4 broadcast England's tour of India in 2020-21, the first time Test cricket had been shown free-to-air in the UK since the 2005 Ashes. The BBC has also had rights to show a limited number of men's and women's T20 internationals since the start of the 2020 broadcast deal.

The T20 World Cup final, which begins at 8am GMT, will see England and Pakistan once again do battle 30 years on from their famous MCG encounter in the final of the 50-over competition.

Jonathan Licht, Sky Sports managing director, said: "We know the importance of this game, so we are pleased to be able to share this great sporting moment with our whole nation thanks to our strong relationship with Channel 4. Whether you're supporting England or Pakistan, this will be one to remember."

Ian Katz, chief content officer at Channel 4, added: "We are thrilled that Channel 4 and Sky have struck this deal to make another great national sporting moment available on free-to-air television to audiences across the UK. As the days draw in, some thrilling international cricket from the southern hemisphere should offer some welcome cheer."

Several fixtures at the World Cup have been affected by bad weather and there is another poor forecast for Sunday. In the event that the final spills into Monday's reserve day, it is understood that Channel 4 will still look to broadcast the game in full.

Liton Das carries on template of being Bangladesh's top-order...

Karachi could host first Test as switch from Rawalpindi...

New Zealand coach also weighed in on the worrisome depletion of pace-bowling resources...

Teams bracing for a "difficult but not impossible" time as temperatures expected...

'Players have got to show desperation and earn the right...

"Whatever technique you have, the basics are still the same," says assistant coach

'People were waiting for us to fail' - Jonny Bairstow lashes...

No easy answer despite inside knowledge of Manchester City:...

No easy answer despite inside knowledge of Manchester City: Arteta

Balaji was more popular than Imran Khan during 2004 Pakistan...

The former India allrounder wants the team management to understand the youngster's...