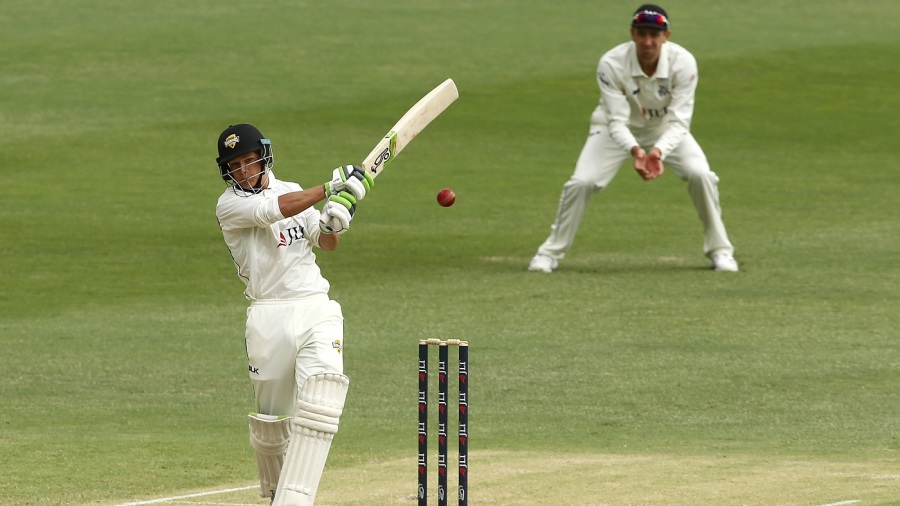 Western Australia made light of batting conditions that had proved tough thus far by chasing down 243 for a six-wicket win over South Australia as and struck half-centuries following a career-best 6 for 67 by .

Bancroft and Philippe are two batsmen who have generated much conversation for differing reasons. Bancroft has shown outstanding Shield form on return to first-class cricket after his nine-month ban, while Philippe was one of the breakout stars of the BBL and earlier this season struck his maiden first-class century against Victoria.

Bancroft laid the foundations of the chase in an opening stand of 112 alongside Sam Whiteman with his third fifty-plus score in four innings. Philippe wrapped up the match with a dashing 53 off 62 balls as he dominated the unbroken fifth-wicket stand of 63 with Hilton Cartwright.

Only briefly did South Australia threaten to get themselves back in the contest when both openers fell on the same score. Whiteman was caught at point and then Bancroft was bowled by Luke Robins.

Their cause was not helped when Dan Worrall, who has been tipped to push for a place on the Ashes tour, limped off with a hamstring injury after one over.

South Australia resumed the third day with what appeared a handy lead of 220 on a surface where both first-innings totals were low. But Travis Head fell in the opening over as Kelly completed a five-wicket before ending a last-wicket stand of 22 by removing Robins.

The defeat left the Redbacks, who have had a miserable Shield season, facing the wooden spoon for the second consecutive summer with four losses from their eight matches and two games remaining.

Western Australia moved to third on the table although some way adrift of the top two while Tasmania could move back above them depending on the result against Victoria.

‘It’s annoying for us to keep being unpredictable, but...

'Don't want to think about it' - Mashrafe shrugs off retirement...

Mark Boucher says he has 'no clue' whether Faf du Plessis...

Francis Roig about the ATP Cup confrontations: 'The margin...

Rafael Nadaland#039;s coach will captain the Spanish selection during the event....

Bangladesh to play two Tests, one ODI and three T20Is in...

Tour will be split in three legs, with the T20Is in January, the first Test in February,...

Messi: It's the team that counts

'People were waiting for us to fail' - Jonny Bairstow lashes...

India went down by five wickets in the second T20I after another poor performance...