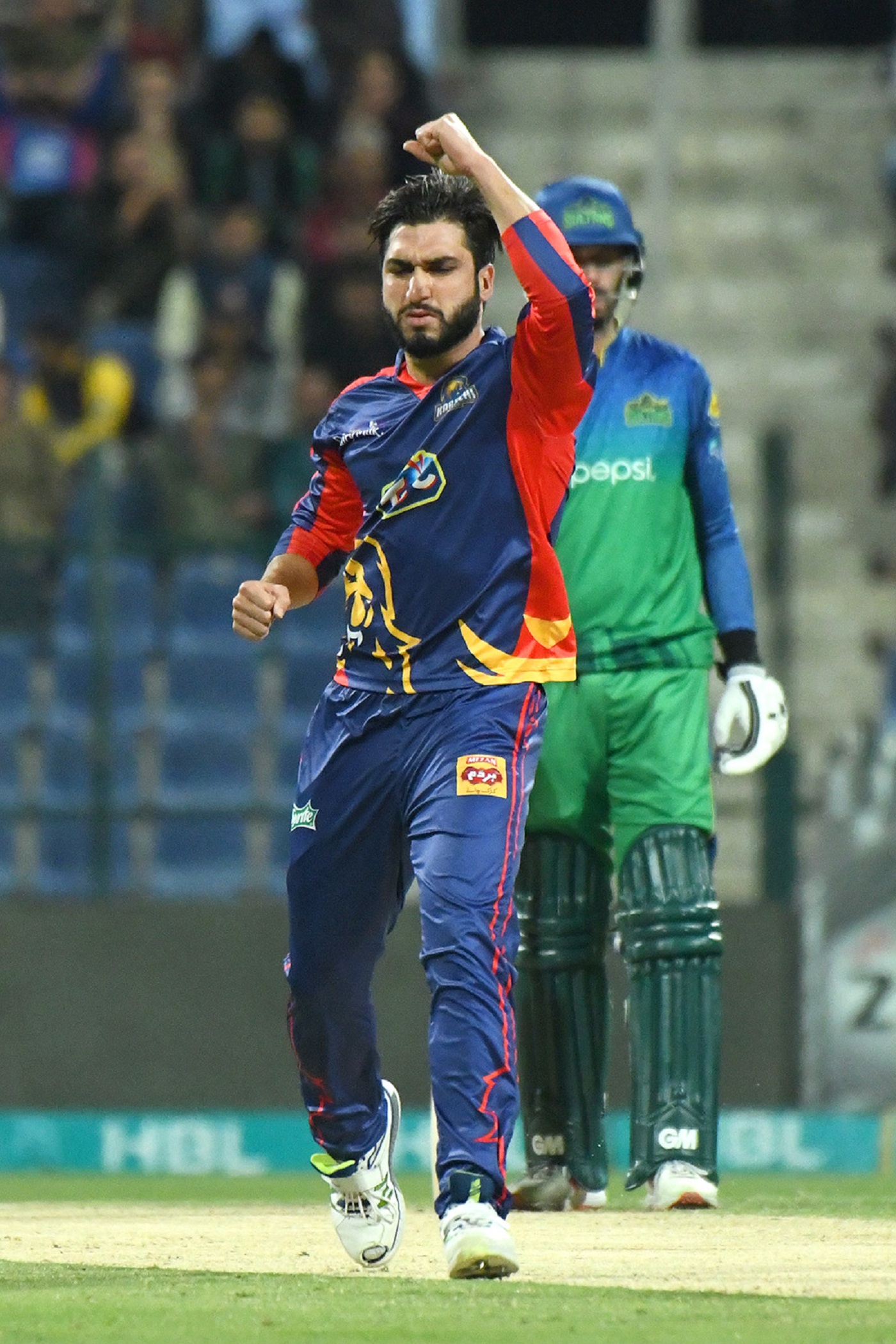 In what has been a fairly evenly contested PSL tournament, there was one team that stood out, if that is the best way to put it: Multan Sultans. They stood out as being not quite at the same level as the others, and on a day they needed a big performance to stay alive, they put in one that merely drove the point further home. Becoming just the second team in PSL history to fail to hit a six across a completed innings, they limped to 118 for 7, never able to get the innings on track for anything close to a par score.

That one fast bowler and one spinner from Karachi Kings registered their best bowling figures of the season didn't help Sultans' cause either. and 's combined figures read 8-0-37-7.

As is the case with several low-scoring games, this one became a bit of a nervy scrap towards the end, particularly after Mohammad Abbas bowled a spotless double-wicket maiden to dislodge Colin Ingram and Iftikhar Ahmed. Until then, the chase had been a stroll, and Ingram's 46-run partnership for the third wicket getting Kings close. But with new life breathed into Sultans, Shoaib Malik's men conjured up the discipline they had lacked in the field for much of the tournament and made Kings' life as difficult as possible. Kings themselves didn't help their cause, almost forgetting about strike rotation in a frenzy to get the job done.

Sultans won that passage of play, even taking the match to the final over, but the lacklustre display up to that point had done too much damage to afford them a final stay of execution in the tournament. Livingstone brought up his fifty, and the Kings victory, with a six over deep midwicket with four balls to go, ensuring the one game Sultans play in Pakistan will have little tournament relevance for them.

With Sultans 75 for 3 and Malik accompanying Hammad Azam in the 14th over, they had some semblance of a platform to make up for the lost time. But Umer ensured there would be no such launchpad for the batsmen, removing Malik and Dan Christian in the same over.

Shinwari wasn't going to play the match until Mohammad Amir was forced out after his mother was taken ill. But such is the depth Pakistan enjoy in the fast-bowling department that Shinwari put in a display that made one wonder why he wasn't the first name on the team sheet. Cranking up the pace, bowling almost every ball close to 145kph, he wrecked the Sultans top order, knocking back the stumps of Umar Siddiq and Johnson Charles. He wasn't done, though, and returned to take two more wickets with the final two balls of his spell at the death, this time spelling the end for Hammad Azam and Mohammad Irfan. His 4 for 15 meant he made a strong case for a place in the first-choice XI, no matter who is available for the remainder of the tournament.

The PSL has had its share of low-scoring games, but this was a particularly odd one in one respect. Sultans' innings was just the second in the history of the PSL without a single six over 20 overs. But amazingly enough, Kings - who had until now been the only team to suffer that fate - failed to clear the ropes right until the final delivery of the match when Livingstone lifted legspinner over deep midwicket for the only six of the match. The crowd may have seen a thriller, but they came within a whisker of sitting through that rarest of T20s: the one without a six.

Sultans became the first team to be eliminated, having managed just two wins from nine games. Kings bolstered their chances of qualification for the playoffs, having split their eight matches right down the middle, placing them fourth above Lahore Qalandars and Sultans.

I was very sad: Akhtar on dismissing Tendulkar in 2003...

I was very sad: Akhtar on dismissing Tendulkar in 2003 World Cup

Brazil down Angola to take maximum points from Group A

Grigor Dimitrov: I believed in Bulgaria ATP Cup team from...

Bulgaria has played above the expectations at the ATP Cup as they start the event...

Ellis: It's been an amazing journey