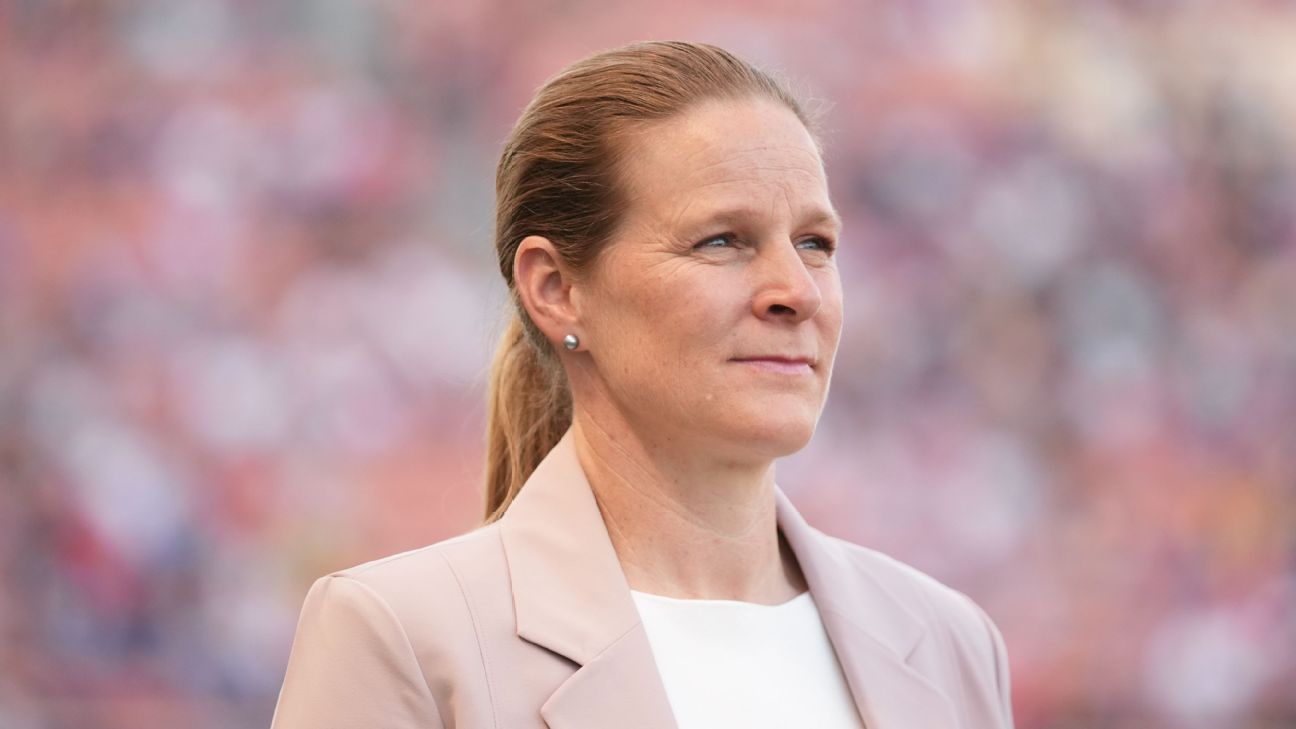 U.S. Soccer Federation president Cindy Parlow Cone said Monday that the findings of the investigation by Sally Q. Yates are just a "first step" in changing an environment that allowed the abuse of professional women players to take place unchecked for many years.

The findings of the USSF-commissioned Yates report, , revealed "a league in which abuse and misconduct -- verbal and emotional abuse and sexual misconduct -- had become systemic, spanning multiple teams, coaches, and victims. Abuse in the NWSL is rooted in a deeper culture in women's soccer, beginning in youth leagues, that normalizes verbally abusive coaching and blurs boundaries between coaches and players."

While Cone lauded the thoroughness of the report, in which over 200 witnesses were interviewed, she found the investigation's findings painful to read.

"The misconduct and abuse is entirely inexcusable and has no place in soccer on or off the field," Cone said. "I think this report makes it clear that we need to make systemic changes at every level of our game.

"This report is just the first step in taking a hard look at the entire soccer ecosystem in this country and what we need to do."

The investigation uncovered significant details about all three managers, but the findings surrounding Holly, in which he is alleged to have , had previously been unreported. He was fired by the club in August 2021.

The report also revealed how Portland, Louisville and Chicago attempted to thwart or delay the work of investigators. Cone noted that the USSF is limited in what it can do to discipline owners or executives who engaged in such behavior.

"A lot of those decisions aren't up solely to U.S. Soccer," Cone said in response to whether some individuals would be penalized. "I think the report shows that we have systemic issues beyond any one individual. Do I wish that everyone had cooperated in the investigation? Of course I do. We would have a more full picture of everything. We do have a committee that we've set up where we'll be tasked with looking at disciplinary actions, which I think is important."

Cone noted that the only power the USSF has over the NWSL is sanctioning the league. Any further discipline will likely come from the NWSL.

"I guess I would say we have influence but not the power to force anything," she said.

The E:60 crew dives into an investigation regarding the abuse scandal in the National Women's Soccer League.

The NWSL issued a statement on Monday with a message of support for the league's players that backed the Yates report's calls for change.

"We greatly appreciate our players, staff and stakeholders' cooperation with both investigations, especially during the ongoing season," the NWSL statement read. "We recognize the anxiety and mental strain that these pending investigations have caused and the trauma that many -- including players and staff -- are having to relive. We continue to admire their courage in coming forward to share their stories and influence all the changes necessary to keep moving our league forward."

following an internal investigation into allegations of sexual harassment and coercion, though the manner of his departure was kept quiet. When asked specifically if the Thorns engaged in a cover-up regarding Riley's firing, Cone avoided answering directly, citing the impact the report was having on her given her history as a player as well as an NWSL manager.

"I don't think it's for me to interpret everything in that report right now," Cone said. "It's a very large report, over 350 pages, and I'll be honest with you: This is very emotional for me. And honestly, I'm having trouble absorbing everything in the report.

The USSF is set to implement a host of reforms to allow for greater transparency and accountability. This includes better reporting of abusive coaches, having more stringent licensing requirements and a new committee to be chaired by former U.S. national team player Danielle Slaton to make sure the reforms are ongoing. Cone said she isn't anticipating any pushback from the NWSL in terms of potential reforms.

"Our goals are aligned," Cone said with respect to the USSF and NWSL. "Everyone wants this sport to be safer. No one wants any player or any executive or any person and participant to go through the things that these women have gone through."

USMNT can breathe sigh of relief after beating Honduras

The left-armer hopes that his success can help forge a path for South Africa's spinners...

And how did Holder end with 3 for 30 on a pitch that was slow and sluggish?