Warner 'knows what he has to do' after horror Ashes - Hohns 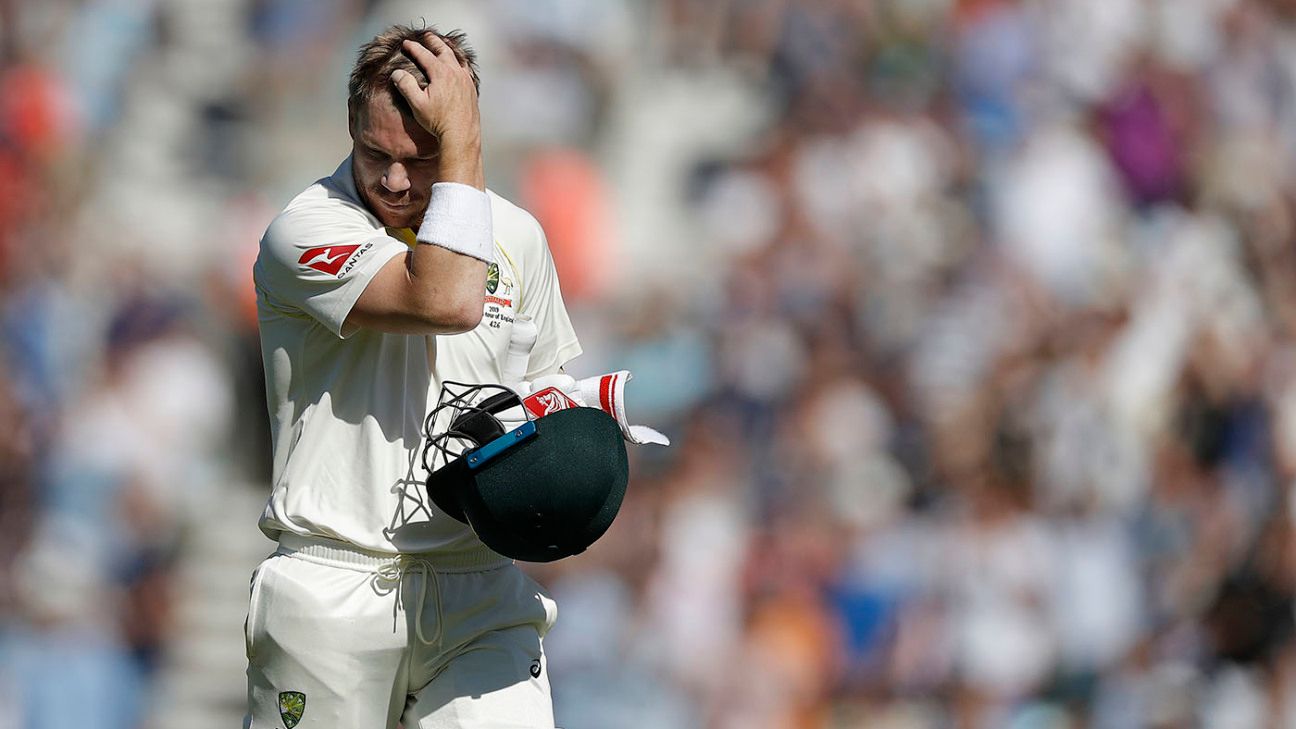 Trevor Hohns, Australia's national selector, has stopped short of guaranteeing his spot for the opening Test of the season following his woeful Ashes series.

Warner managed just 95 runs - the lowest tally for an opener to have batted 10 times in a series - as Stuart Broad removed him seven times.

Last week, Test captain Tim Paine, who does not have an official voice in selection, gave him "enough credits in the bank" to secure his position at the top of the order for the series against Pakistan which starts on November 21 in Brisbane. Warner averages 59.64 in home Tests where he has made 15 of his 21 Test hundreds.

However, ahead of the Sheffield Shield that begins on Thursday - which includes Warner's New South Wales side facing Queensland at the Gabba - Hohns did not put his full weight behind him.

"I'm not going to comment on that right now," Hohns said when asked if Warner's spot was cemented regardless of early-season form. "David knows what he has to do as well as anybody, same as Marcus Harris and any of the players that played in England. Make no bones about it, there is a couple of batting spots, two or three, up for grabs."

Warner was not the only opener to struggle in the Ashes with Cameron Bancroft and Marcus Harris making 102 runs between them. That pair, along with Joe Burns, Matt Renshaw and possibly Usman Khawaja, will be battling for the Test positions.

"There are plenty of openers around the country, it's up to them to perform," Hohns said. "The players who performed well [in the Ashes] know and those that didn't know and it's up to them to put performances on the board to have a chance to be chosen. If you want to relate it to the Ashes it was difficult for both countries, it seemed like the hardest place to bat. The slate is wiped clean [at home], in different conditions, but it's nice if we have in-form openers, there's no doubt about that."

On Tuesday Warner was included in Australia's T20I squad to face Sri Lanka and Pakistan so he will have a maximum of three Sheffield Shield matches before the first Test next month.

He and Steven Smith are now back in all three formats following their bans and are inked in at the top of the T20I order, alongside captain Aaron Finch, as Australia begin a year-long build-up to the men's T20 World Cup next October.

Hohns acknowledged that the selectors would keep a close eye on the workload of those players who appear across all formats. After the home Tests against Pakistan and New Zealand there is a one-day series in India, a limited-overs tour of South Africa, a home one-day series with New Zealand then a T20I series across the Tasman to complete the season.

"That'll be something we'll be very mindful of as the season goes on," Hohns said. "It's difficult for players to play every format, which [Smith and Warner] in particular and probably Pat Cummins and a couple of them are likely to do. But we'll certainly be keeping an eye on their workloads and making sure they don't get tired. Obviously there is a massive focus on this T20 World Cup in 12 months' time."

Sarfaraz wants to 'bat four or five', and that can only...

Rafael Nadal criticized todayand#039;s game. In a press conference at the Mexican...

Tim Seifert, the top-order outsider looking in for New...

The X-factor player can be a value add for New Zealand in the T20 World Cup, but...

Kim Clijsters To Make Comeback at WTA event in Monterrey

Solway shines again before Smith digs in on slow day

Cricket Australia chairman Earl Eddings has been commissioned to lead another review...

They took the field with only two Black African players instead of three, and have...

Zinga out to reenact French fairytale of 2001