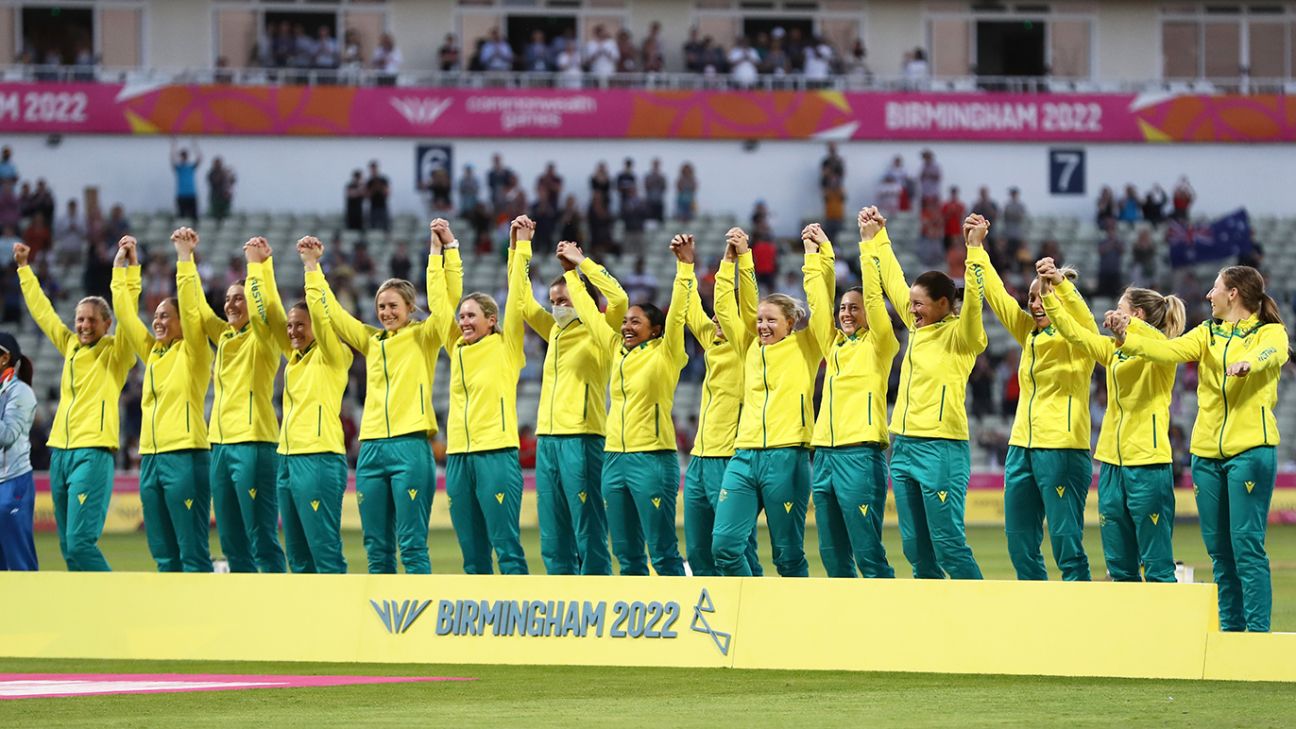 The women's T20 cricket competition will feature in the Commonwealth Games 2026 to be held in Australia. It was among the 20 sports included in the next iteration to be played in Victoria, ICC said in a release. It follows the success of women's cricket, which made its debut in the Birmingham edition earlier this year.

"We are delighted to know that women's cricket will be part of the Commonwealth Games in Victoria," , ICC General Manager - Cricket, said. "It will be another significant landmark for the sport after its huge success in recent years, including Birmingham. The continued growth and upward trajectory of both the women's game and T20 cricket fits perfectly with our long-term ambitions that include being part of the Olympic Games.

"Women's cricket has witnessed a sharp upward curve with rising standards and a rapidly increasing fan base. The sight of 86,174 fans in Melbourne for the final of the ICC Women's T20 World Cup 2020 still lives strong in our memories and so we just can't wait for another opportunity to showcase the women's game, this time in Victoria in 2026."

Hosts Australia are the defending champions having won the gold medal thanks to their over India at Edgbaston in August. New Zealand finished with bronze medal, having in the deciding contest.

The Commonwealth Games in 2026 will run from March 17 to 29 in four regional hubs of Ballarat, Bendigo, Geelong and Gippsland.

The 2022 edition was the first time that women's cricket as well as the T20 format got featured in the Commonwealth Games, following men's 50-over cricket in the tournament in Kuala Lumpur.

Haris Rauf closes out a thriller as Pakistan square series...

Ahmed Shehzad has got many years of great cricket left...

Ahmed Shehzad has got many years of great cricket left in him: Alan Wilkins

KL Rahul ruled out of series with wrist sprain

He hurt the wrist on Saturday, during India's practice session at the MCG

Chelsea looked primed to beat Brighton before a stoppage-time goal from Danny Welbeck...

He played four Tests for Pakistan, from the late 50s till the early 60s